The COVID-19 pandemic made 2020 one of the worst years for Hollywood. With virtually all TV and movie productions stalled for several months and the majority of theaters closed for almost the entire year, the entertainment industry lost billions of dollars. While a lot of people who work behind and in front of the camera suffered financially, high-profile actors still managed to earn tons of money in the past year. So, who are the highest paid actors in the world?

Based on data obtained by Forbes from Nielsen, ComScore, Box Office Mojo, and IMDb, as well as information from industry insiders, below is the list of the world’s top-earning actors and actresses of the previous year. All figures indicated on the ranking only reflect earnings between June 1st, 2019 and June 1st, 2020. They’re also pretax and still include fees for agents, managers, and lawyers.

Highest paid actors in the world 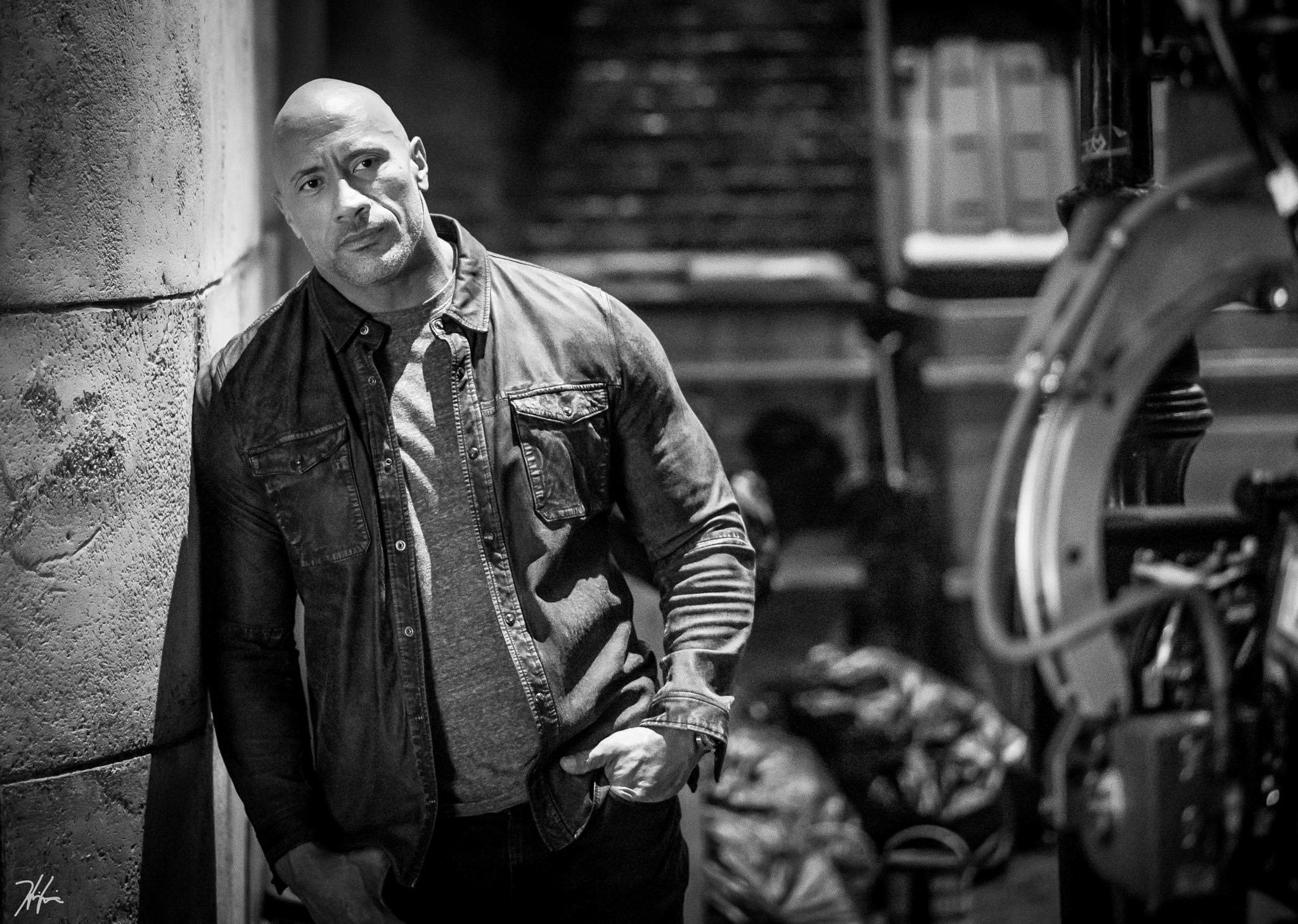 The Rock secures the no. 1 spot on the list for the second year in a row. A huge portion of his $87.5 million earnings came from his $23.5 million paycheck for his role as Interpol agent in the upcoming Netflix original film Red Notice.

The wrestler-turned-actor also starred in two blockbuster films in 2019: Fast & Furious Presents: Hobbs & Shaw, which grossed $1.1 billion worldwide, and Jumanji: The Next Level, which earned $800 million in ticket sales across the globe.

The success of his Under Armour line, Project Rock, as well as his income from the fifth and final season of HBO’s Ballers also contributed to his total income. 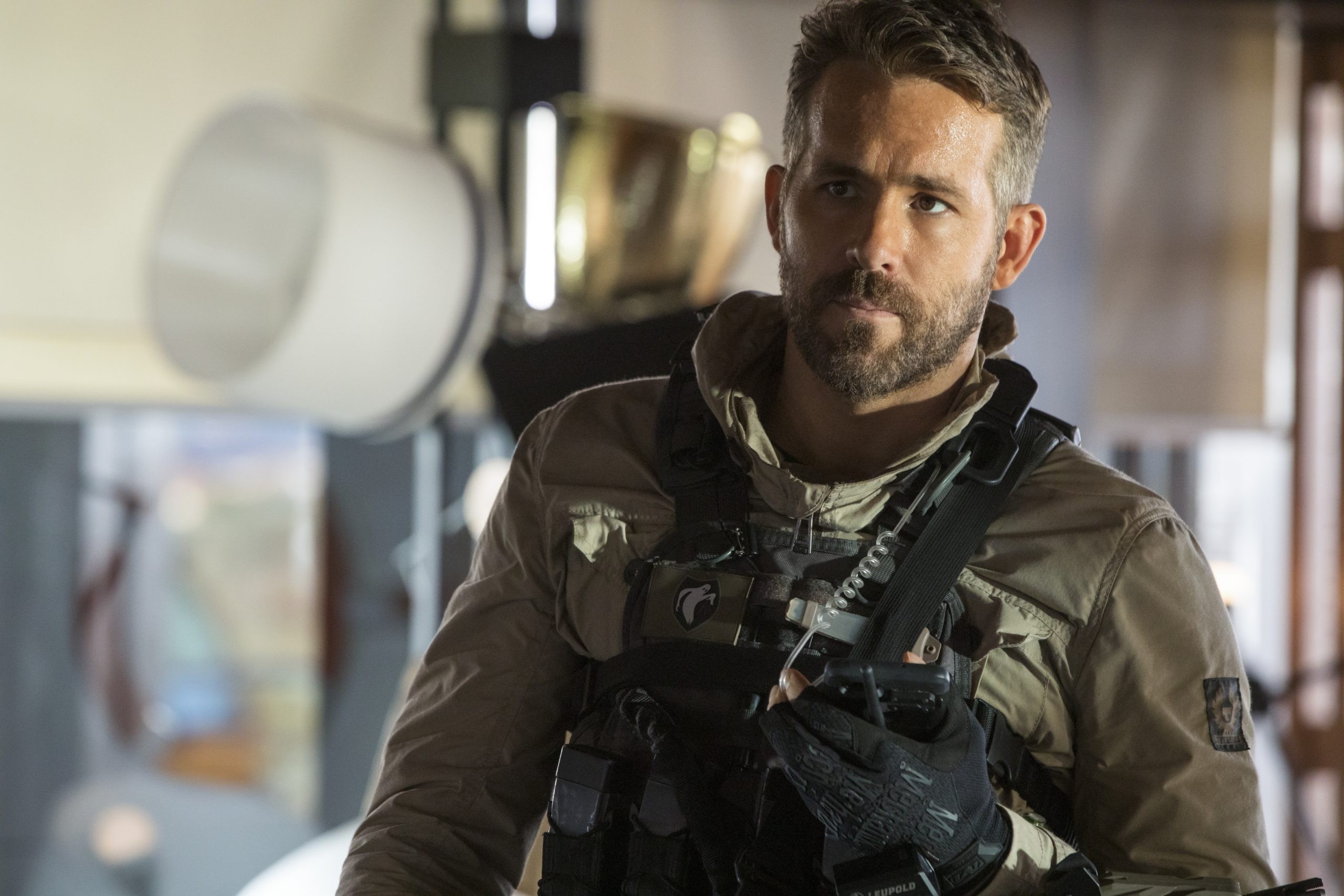 Reynolds, who wasn’t part of the Forbes rich list in 2019, follows Johnson on the list of highest-paid actors of 2020. A big chunk of his $71.5 million earnings came from Netflix, which paid him more than $40 million for his roles in the action film 6 Underground and the yet-to-be-released action-comedy thriller Red Notice.

He also made some money from his voice role in the animated film The Croods: A New Age, which grossed $147 million at the worldwide box office. 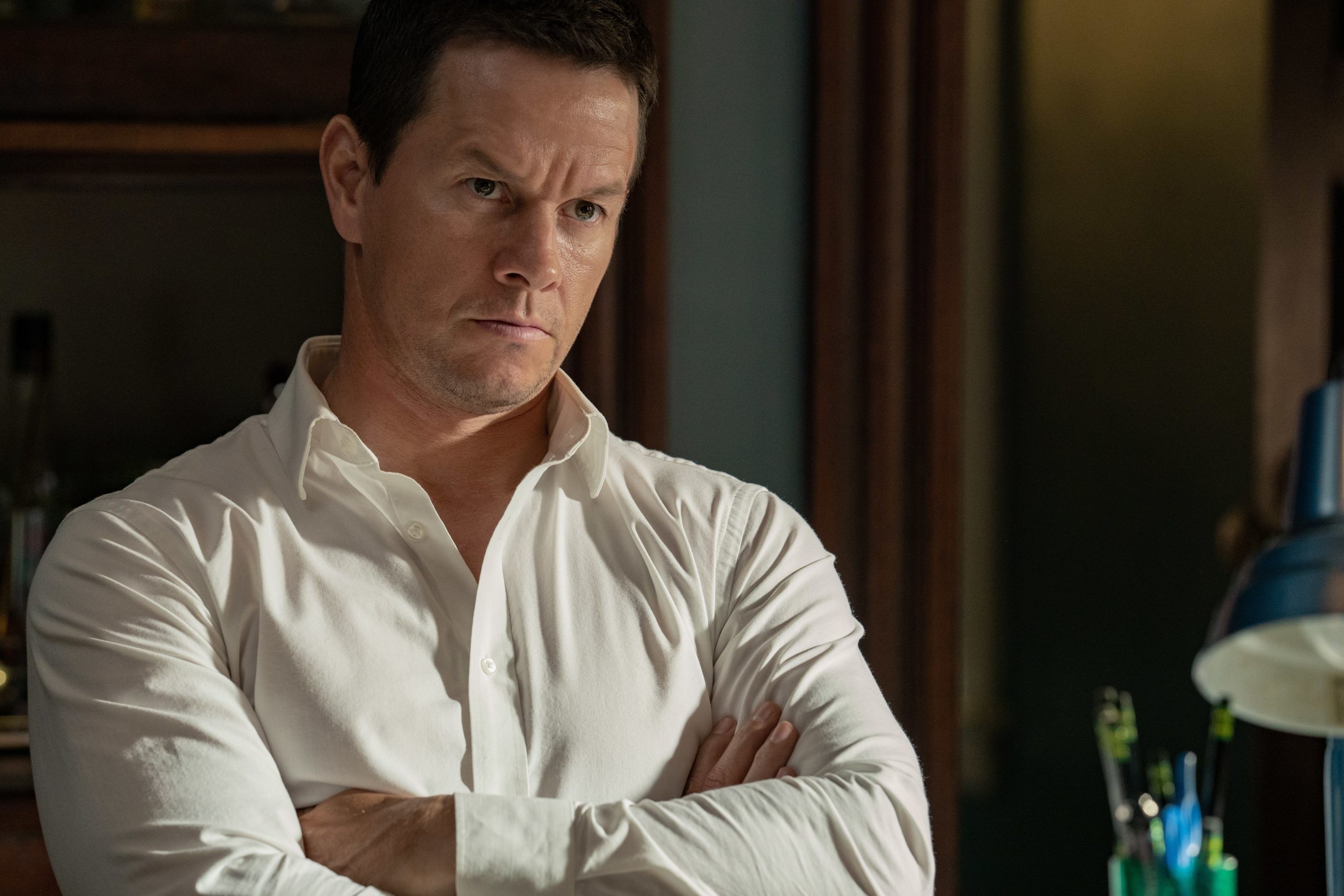 Wahlberg’s paycheck for starring in the Netflix original film Spencer Confidential made up a huge percentage of his $58 million earnings in the past year. He also made some bucks for his voice role in the animated film Scoob! which was only released digitally in North America due to the pandemic.

Outside of acting, Wahlberg also earned millions for serving as an executive producer on the HBO documentary miniseries McMillions and on HBO Max’s upcoming docuseries Wahl Street. 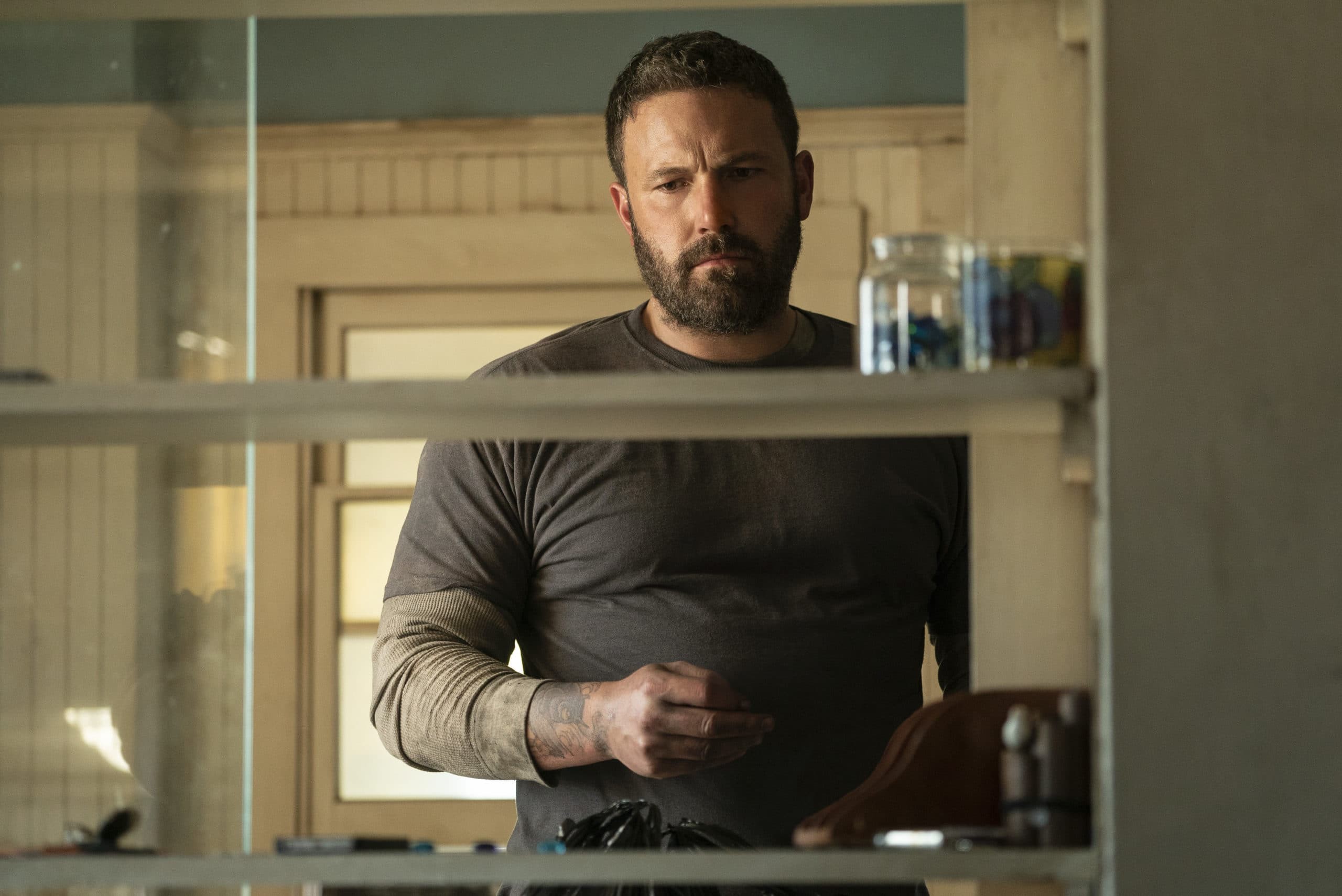 Following a short break from acting, Affleck returned to the big screen in the sports drama film The Way Back. The Gavin O’Connor-directed movie only grossed $14.6 million at the worldwide box office against a production budget of around $25 million due to the closures of movie theaters amid the pandemic.

Though Affleck didn’t seem to get any bonus from The Way Back, the actor is believed to have scored a big payday when he landed the role of Treat Morrison in the Netflix original film The Last Thing He Wanted. 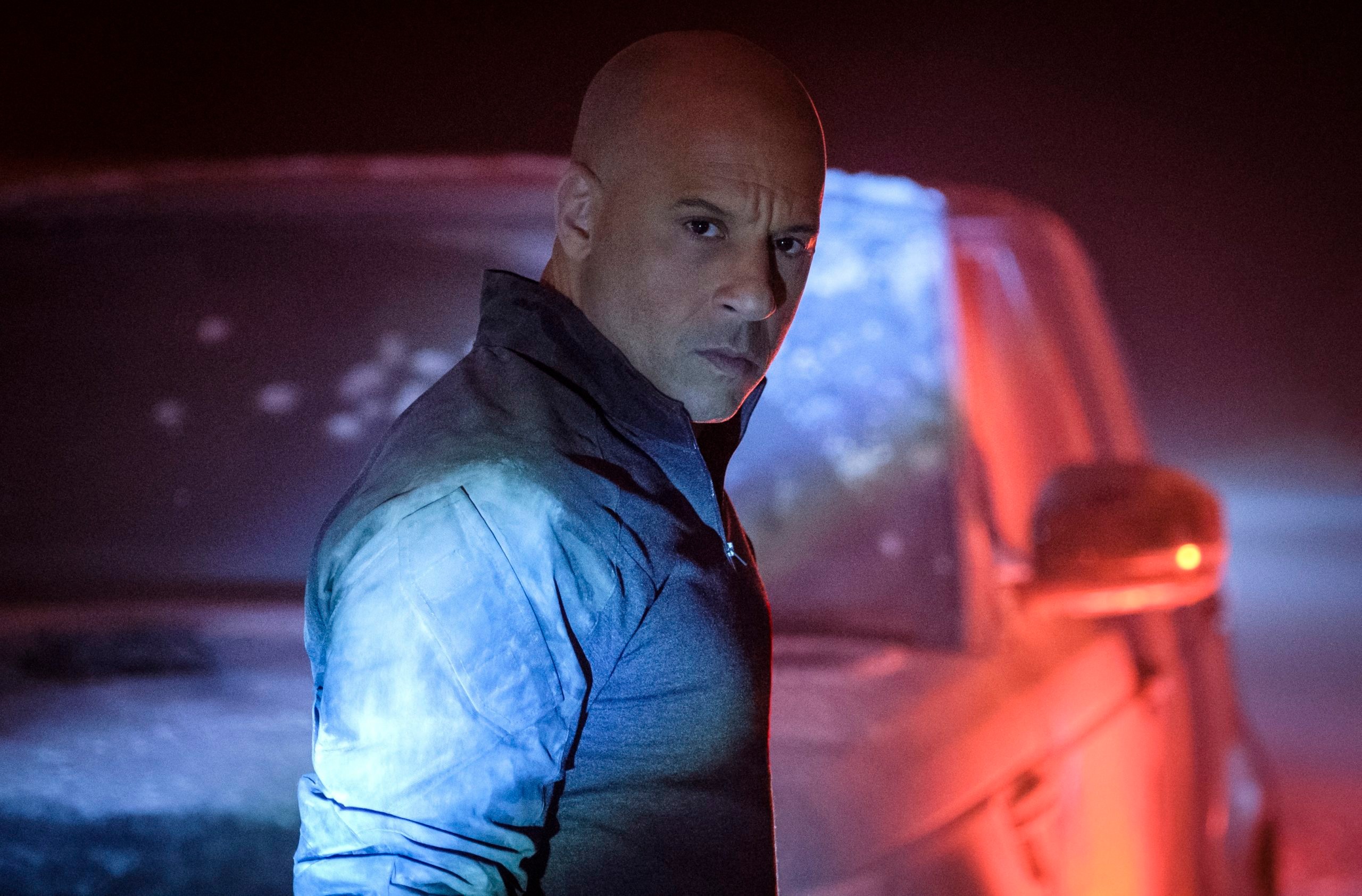 Though the release of his highly anticipated movie F9 was delayed to May 28th, Diesel still managed to earn $54 million in the previous year. Part of this sum of money came from his paycheck for being an executive producer on the animated Netflix series Fast & Furious Spy Racers.

Diesel also made an income from starring in the superhero film Bloodshot. Though it only earned $33 million at the worldwide box office, the movie was made available digitally through Premium VOD just a week after its March 18th, 2020 theatrical release due to the movie theater closures brought about by the pandemic. 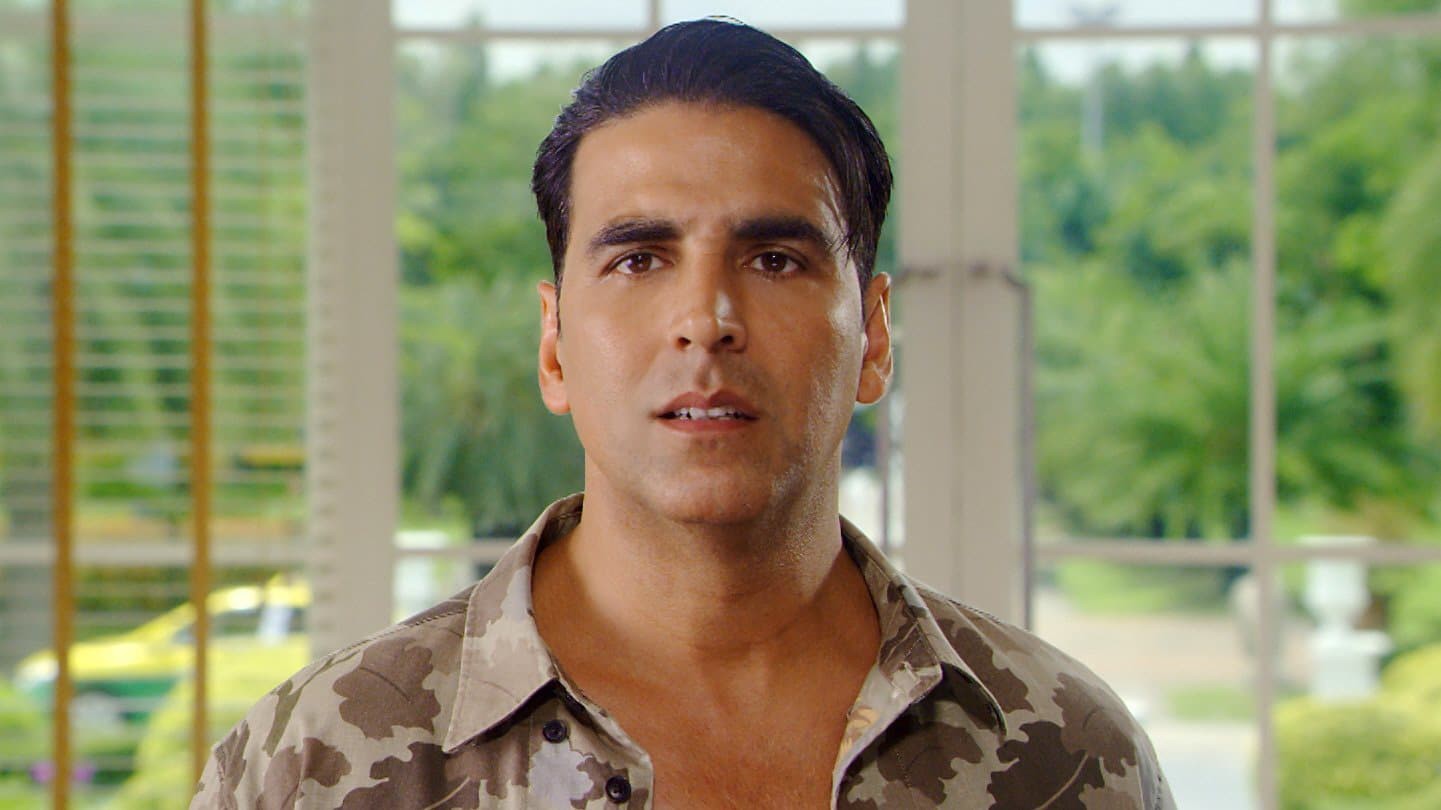 Kumar, who was in the fourth spot in 2019’s ranking, is now in the sixth place. The only Bollywood star on the list, the Indian-born, naturalized Canadian actor starred in three movies from June 2019 to June 2020. Those are the biographical movie Mission Mangal, action fantasy Housefull 4, and comedy flick Good Newwz. Though he made considerable money from these projects, the biggest portion of his earnings in the past year came from endorsement deals.

Kumar is expected to keep a spot in next year’s ranking, as he is set to make his digital streaming debut very soon with the series titled The End for Amazon Prime Video. 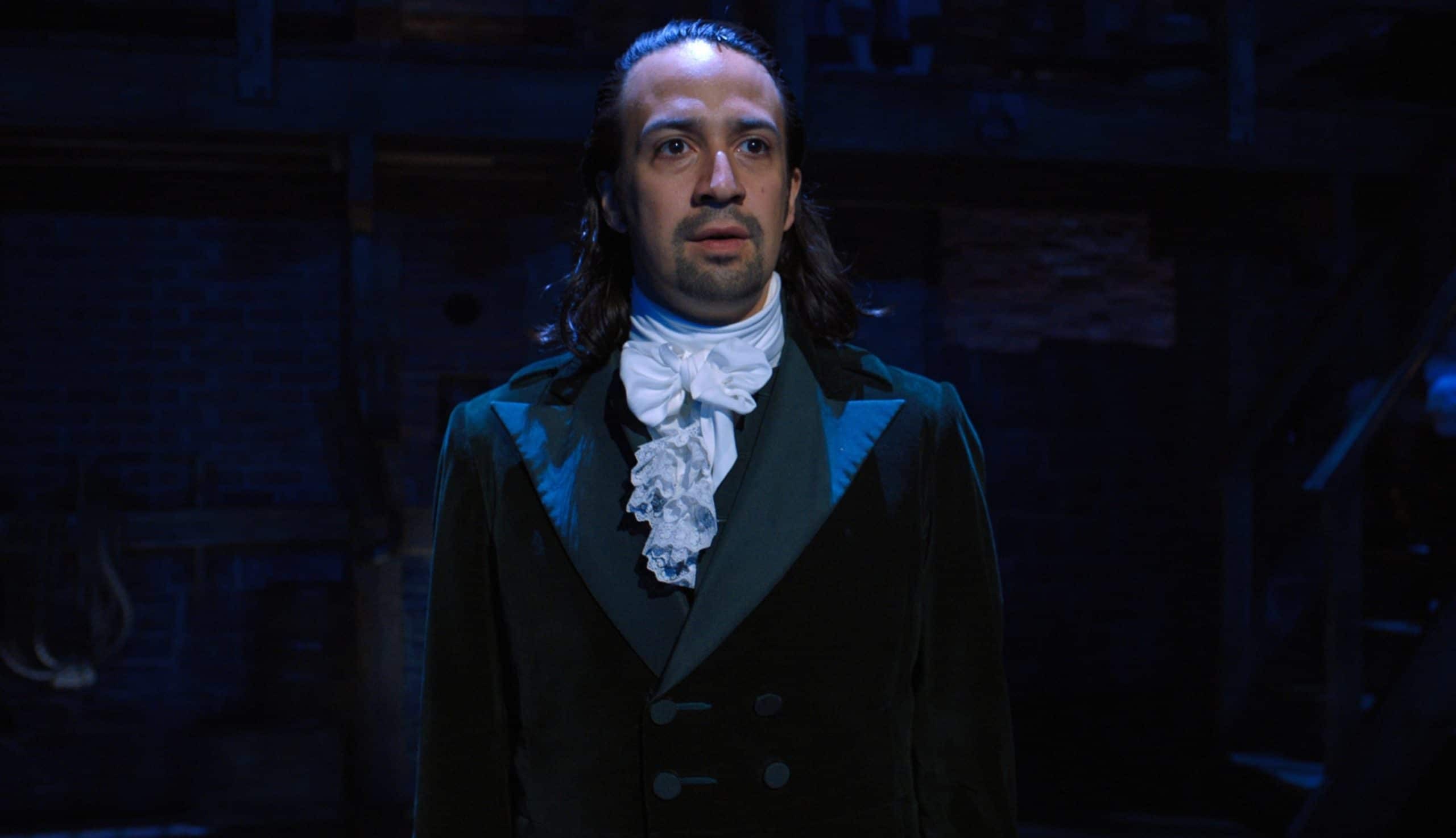 Miranda made it to the list for the first time after Disney shelled out $75 million in 2020 to obtain the worldwide movie rights to the original Broadway production of Hamilton, which he produced, wrote, composed, and starred in.

A portion of his earnings also came from his voice role in the Disney animated series DuckTales and his role as Lee Scoresby on HBO’s fantasy drama His Dark Materials. He also received income from writing and co-performing the song Lido Hey for 2019’s Star Wars: The Rise of Skywalker.

Though Broadway has remained closed since the pandemic hit the U.S. last March, Miranda is about to receive another huge paycheck when the film adaptation of his stage musical In the Heights opened in theaters this coming June. 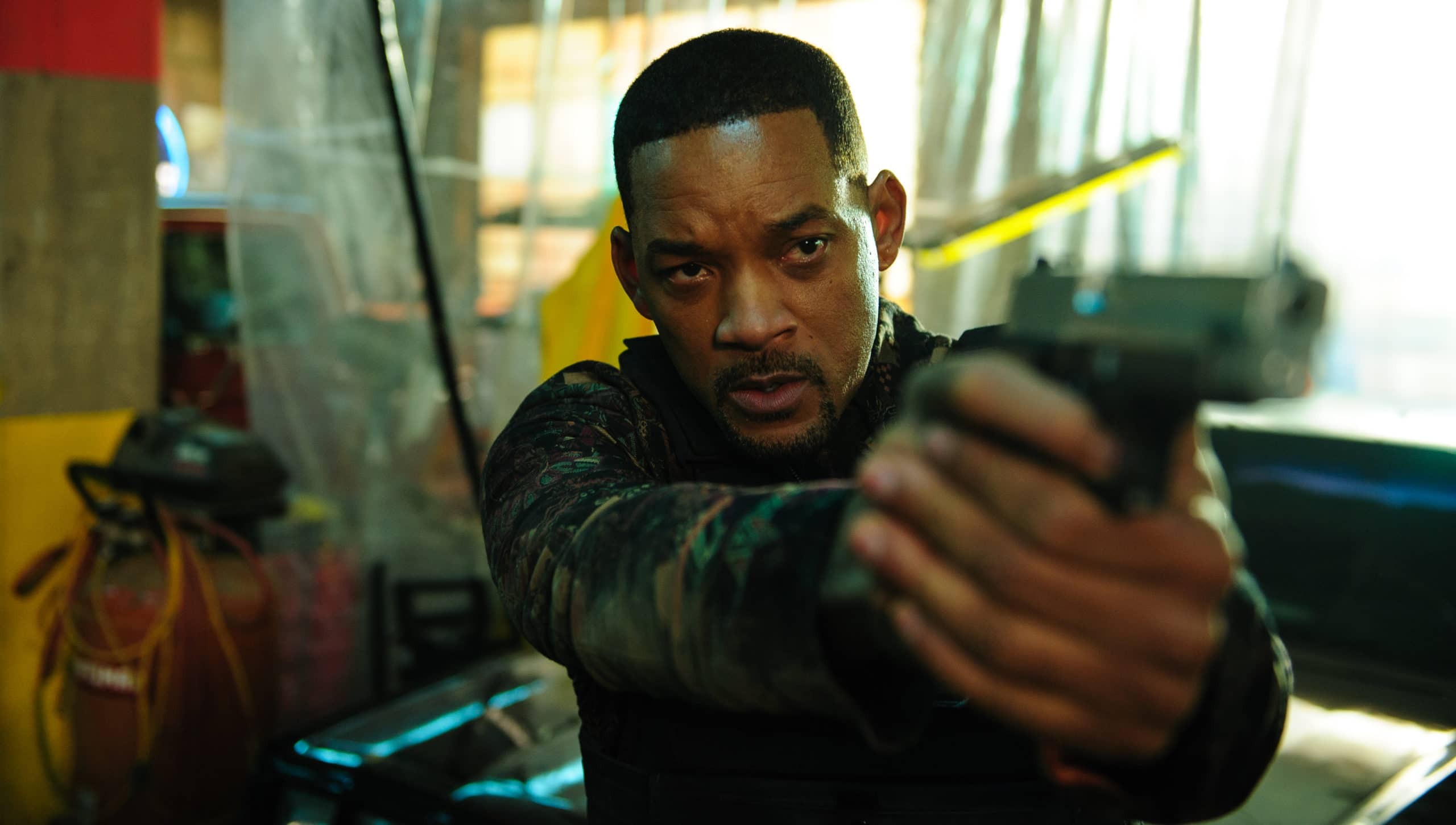 2019’s 10th placer, Smith climbed two spots in the ranking. Part of his $44.5 million earnings came from the money he made from starring in the action-comedy movie Bad Boys for Life, animated film Spies in Disguise, and the sci-fi thriller Gemini Man, which grossed $426.5 million, $171.6 million, and $173.4 million respectively at the worldwide box office.

Smith also earned some bucks from serving as an executive producer on the YouTube Premium/Netflix series Cobra Kai and for starring on his Snapchat series Will from Home. His next huge payday is expected to arrive later this year when his biographical drama film King Richard hits theaters in November. 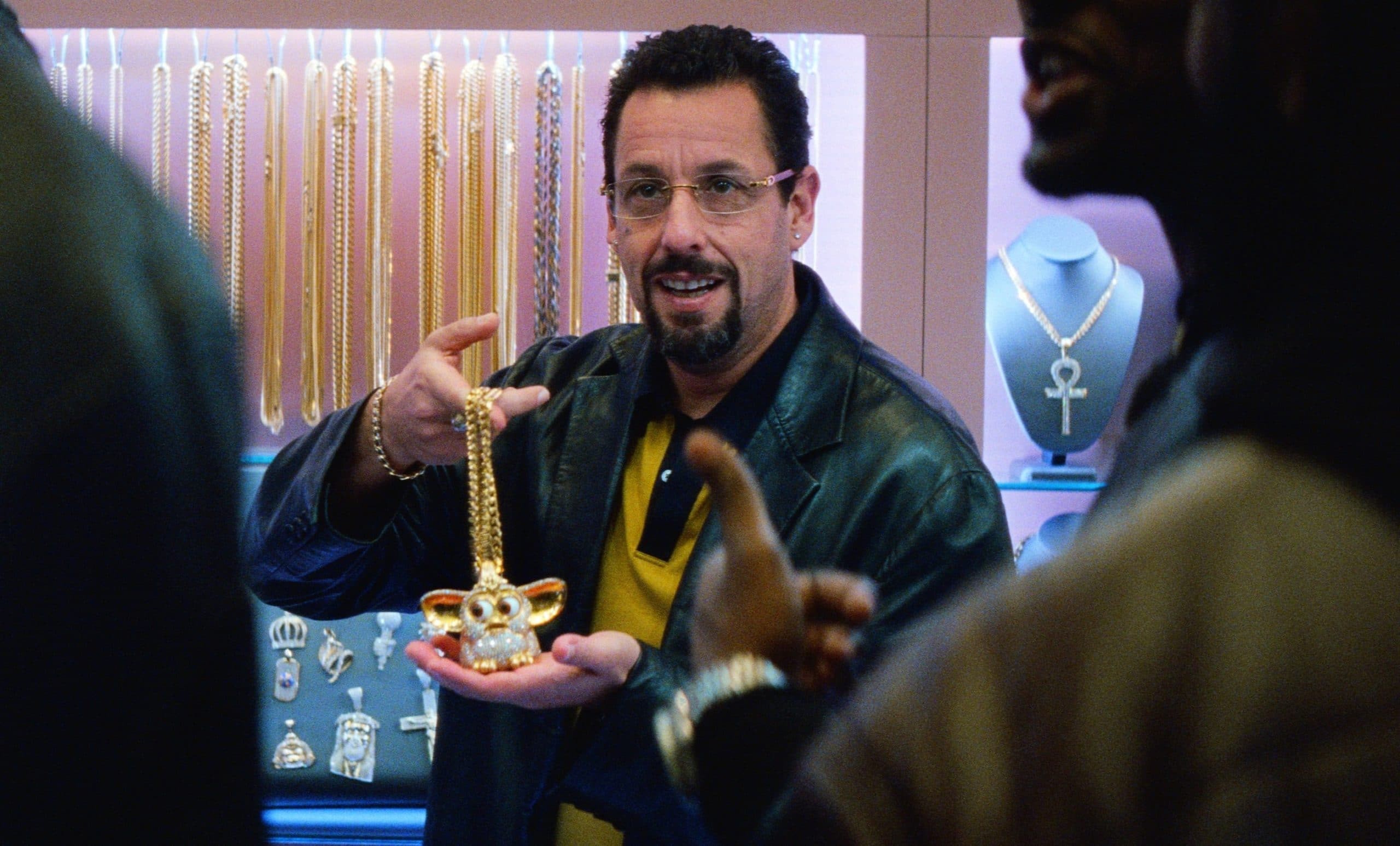 Though Uncut Gems was his only movie to hit theaters in 2019, Sandler still managed to secure a spot in the top 10 ranking, thanks to the hefty $31 million he received from Netflix as part of his four-film, $250 million deal with the streamer that he signed back in 2014. Netflix subscribers reportedly streamed more than 2 billion hours of Sandler, which led the streamer to extend its initial deal with the comedian and his production company Happy Madison Productions to make four additional movies.

Sandler, who shared the sixth spot with Bradley Cooper in 2019’s ranking, recently starred in two Netflix original films: the action-comedy Murder Mystery and the fantasy comedy Hubie Halloween. He also served as a producer on both movies. 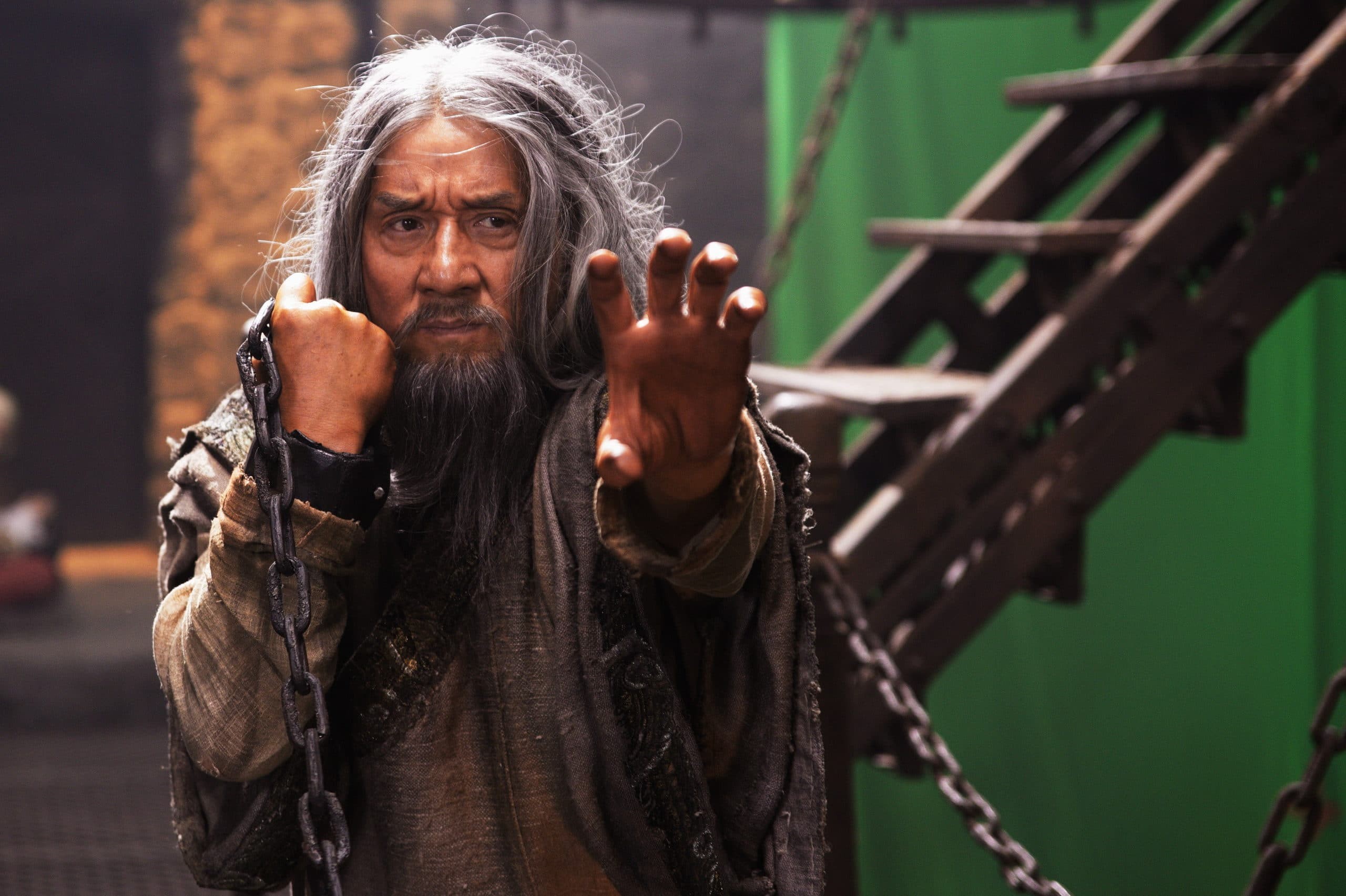 Chan, who held the no. 5 spot in 2019’s ranking, earned an estimated amount of $40 million from June 2019 to June 2020. Though a huge chunk of his income in the said year came from endorsement and licensing deals, he also made money from starring in the films Viy 2: Journey to China and The Climbers.

Aside from acting, Chan also got some income from being one of the producers of the Chinese series The Sleuth of Ming Dynasty, which aired in April 2020.

Highest paid actresses in the world 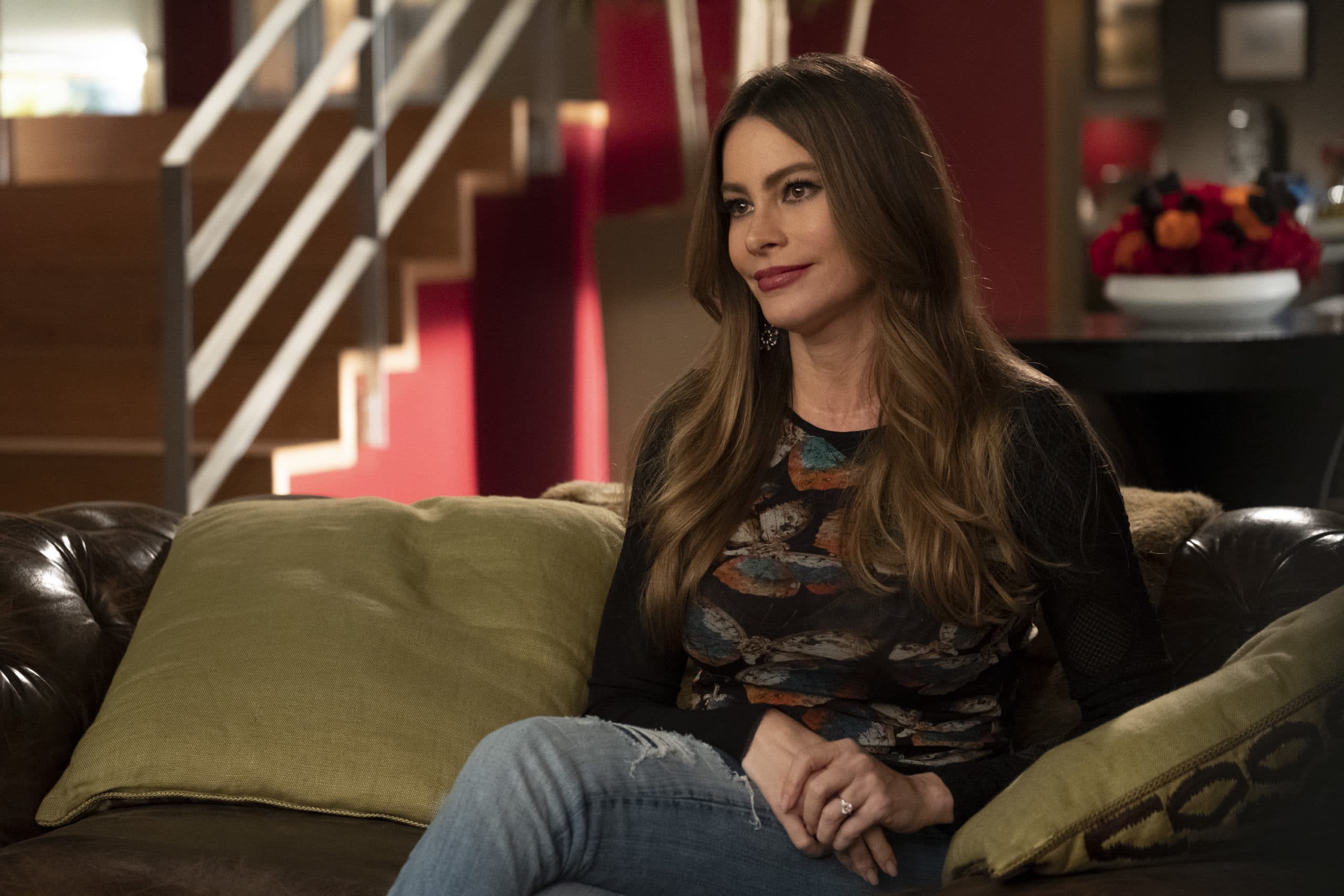 A huge portion of Vergara’s $43 million earnings came from the money she made from playing Gloria Delgado-Pritchett in the eleventh and final season of ABC’s Modern Family, for which she earned $500,000 per episode. The Colombian-American actress also got a paycheck of at least $10 million for being one of the judges of the fifteenth season of NBC’s America’s Got Talent.

Vergara, who held the second spot in 2019’s top 10 highest-paid actresses in the world, padded her TV income in the past year with endorsement and licensing deals, including a line of jeans at Walmart and a collection of furniture at Rooms To Go. 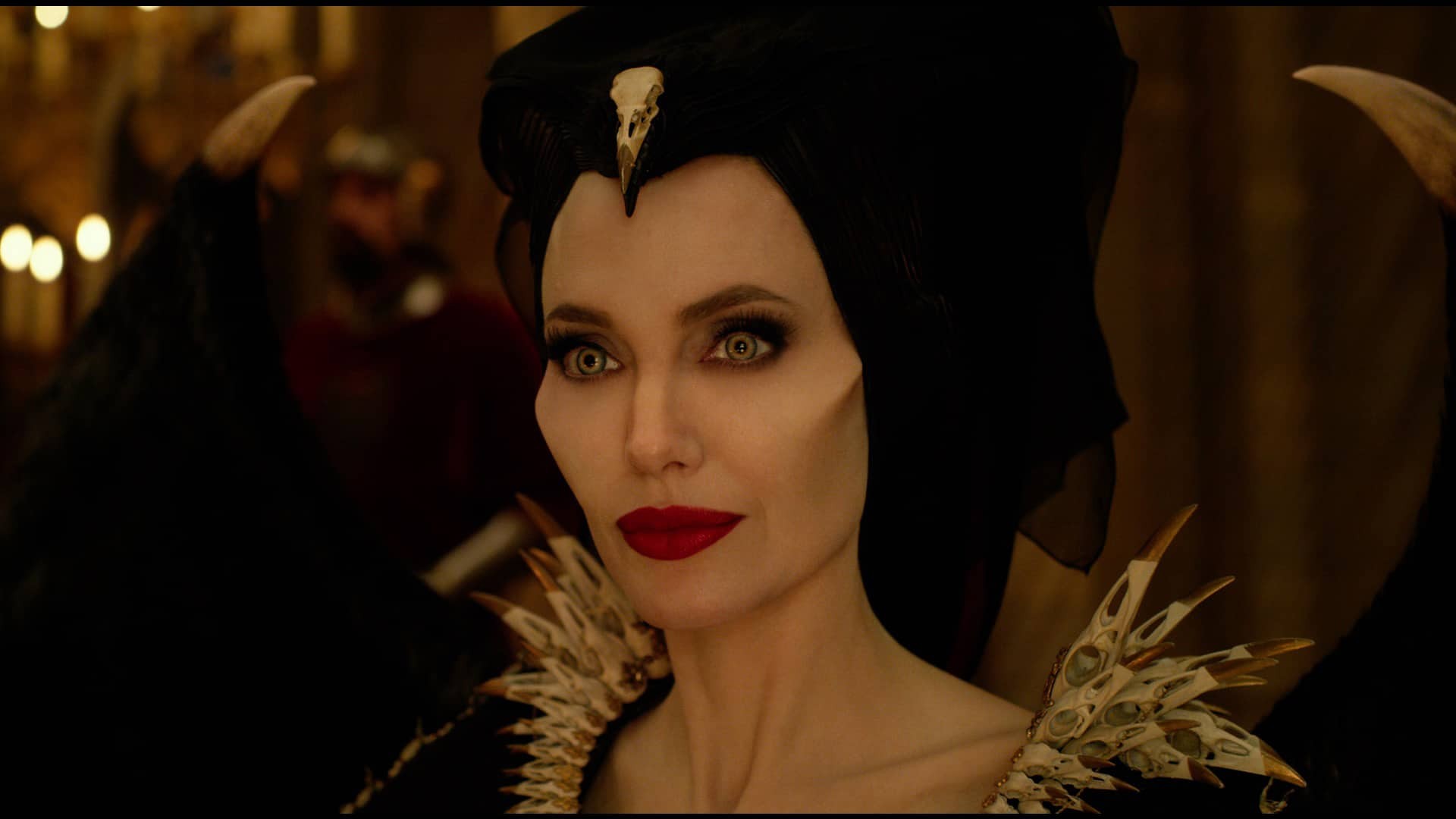 Jolie’s biggest paycheck from June 2019 to June 2020 came from her starring role in the upcoming Marvel movie The Eternals, which has a production budget of $200 million. The actress is also believed to have received some substantial bonuses from the successful theatrical run of Maleficent: Mistress of Evil, which grossed $491.7 million at the worldwide box office.

Outside of acting, Jolie also made some bucks from executive producing the first season of the TV program BBC My World.m 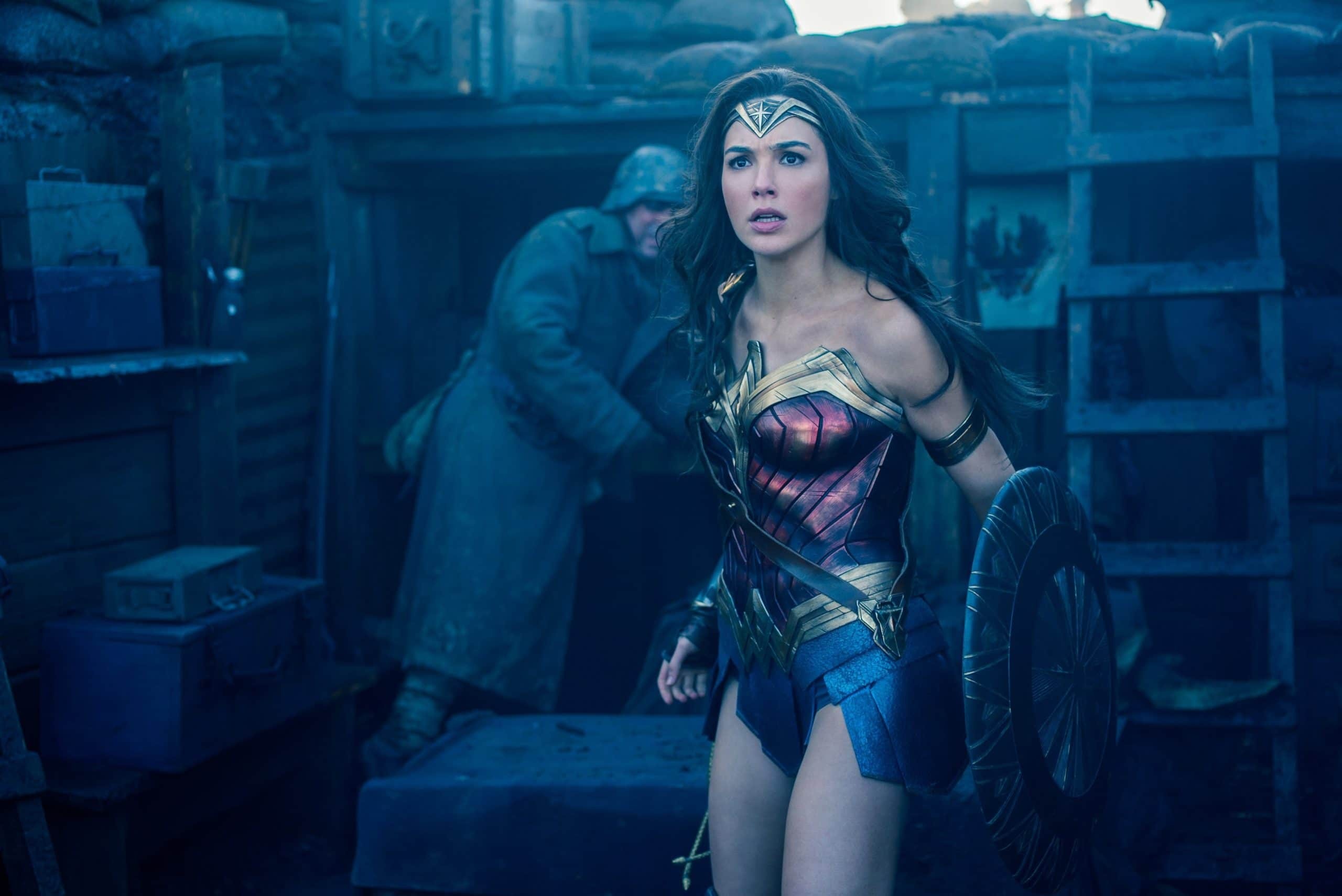 Since Wonder Woman 1984 was delayed from its original theatrical release date of December 2019, the biggest chunk of Gadot’s earnings from June 2019 to June 2020 came from the $20 million she received for her role as the world’s greatest art thief in the upcoming Netflix original film Red Notice.

Gadot is expected to receive two big paychecks later this year with the release of her films Zack Snyder’s Justice League and Death on the Nile on March 18th and September 17th, respectively. 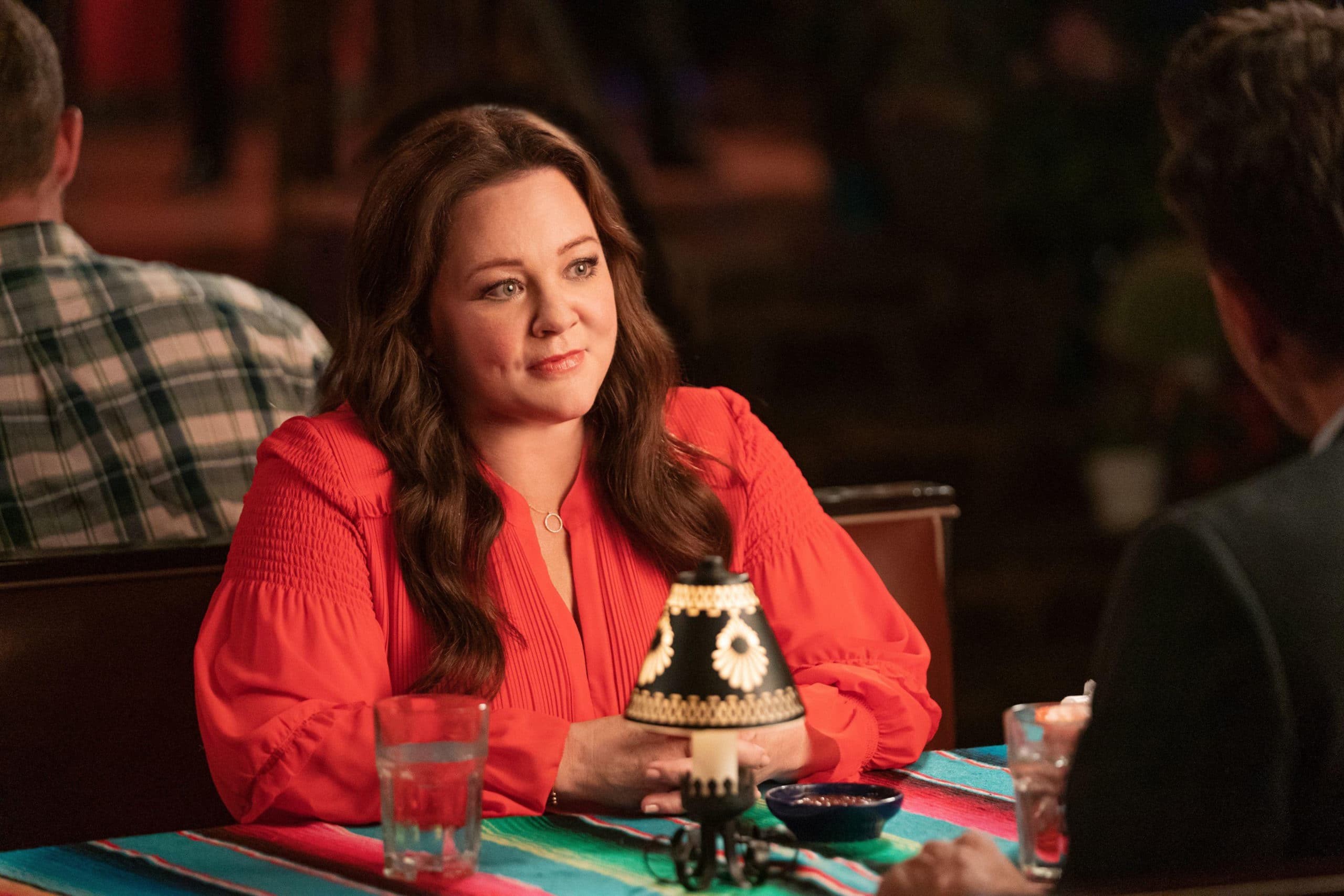 A fraction of McCarthy’s $25 million earnings came from her roles in the crime film The Kitchen and action rom-com flick Superintelligence.

Aside from acting, McCarthy also made money for hosting and executive producing the fourth season of NBC’s variety show Little Big Shots. 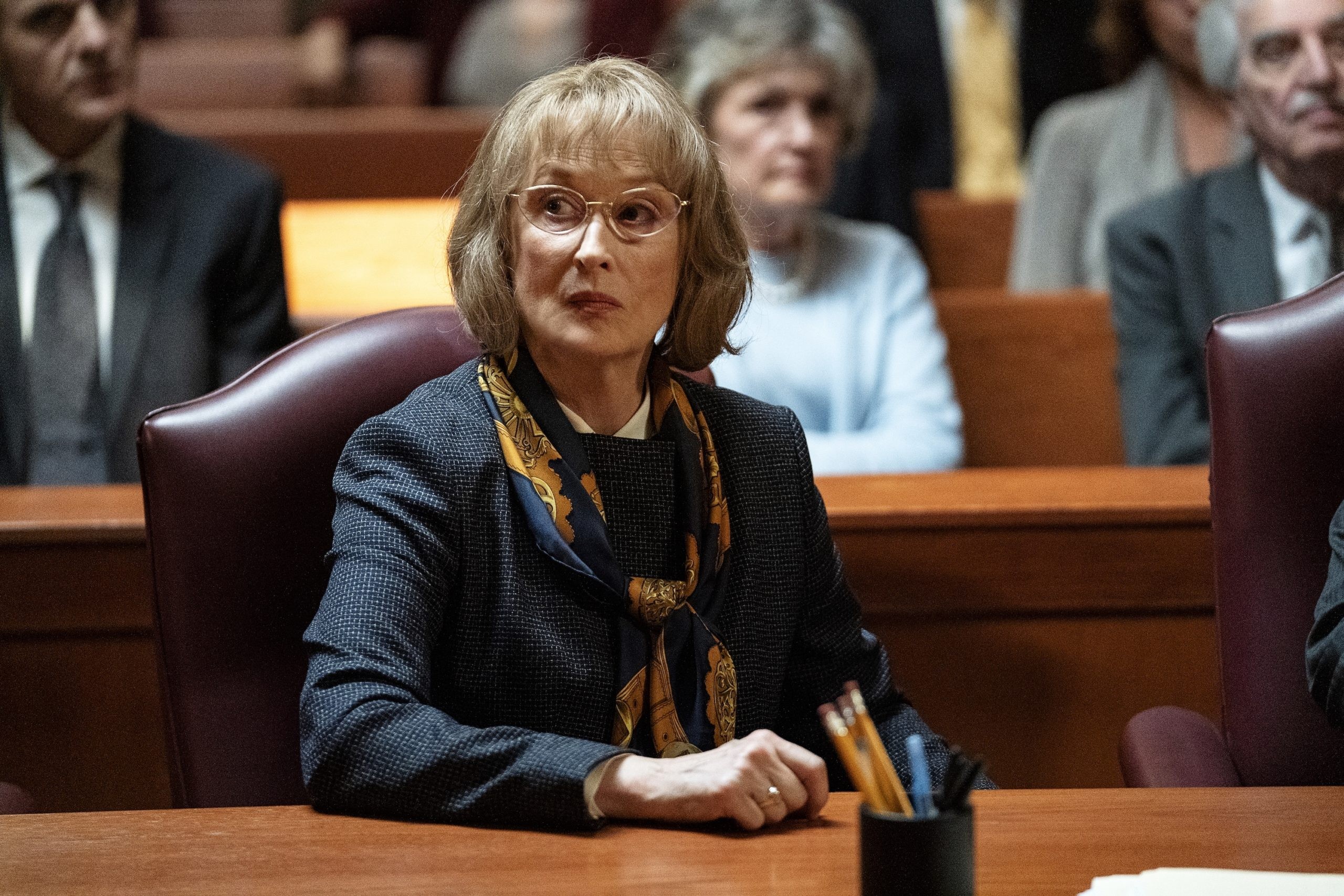 After an eight-year absence from the ranking, Streep returned to the list, securing the fifth spot. The three-time Oscar winner got at least $5 million when Steven Soderbergh’s comedy movie Let Them All Talk was bought by HBO Max for $33 million. She also received an eight-figure check from Netflix for playing Dee Dee Allen in Ryan Murphy’s The Prom.

On the TV front, Streep’s salary from reprising her role as Mary Louise Wright in the second season of the HBO drama Big Little Lies is also believed to have contributed to her earnings. 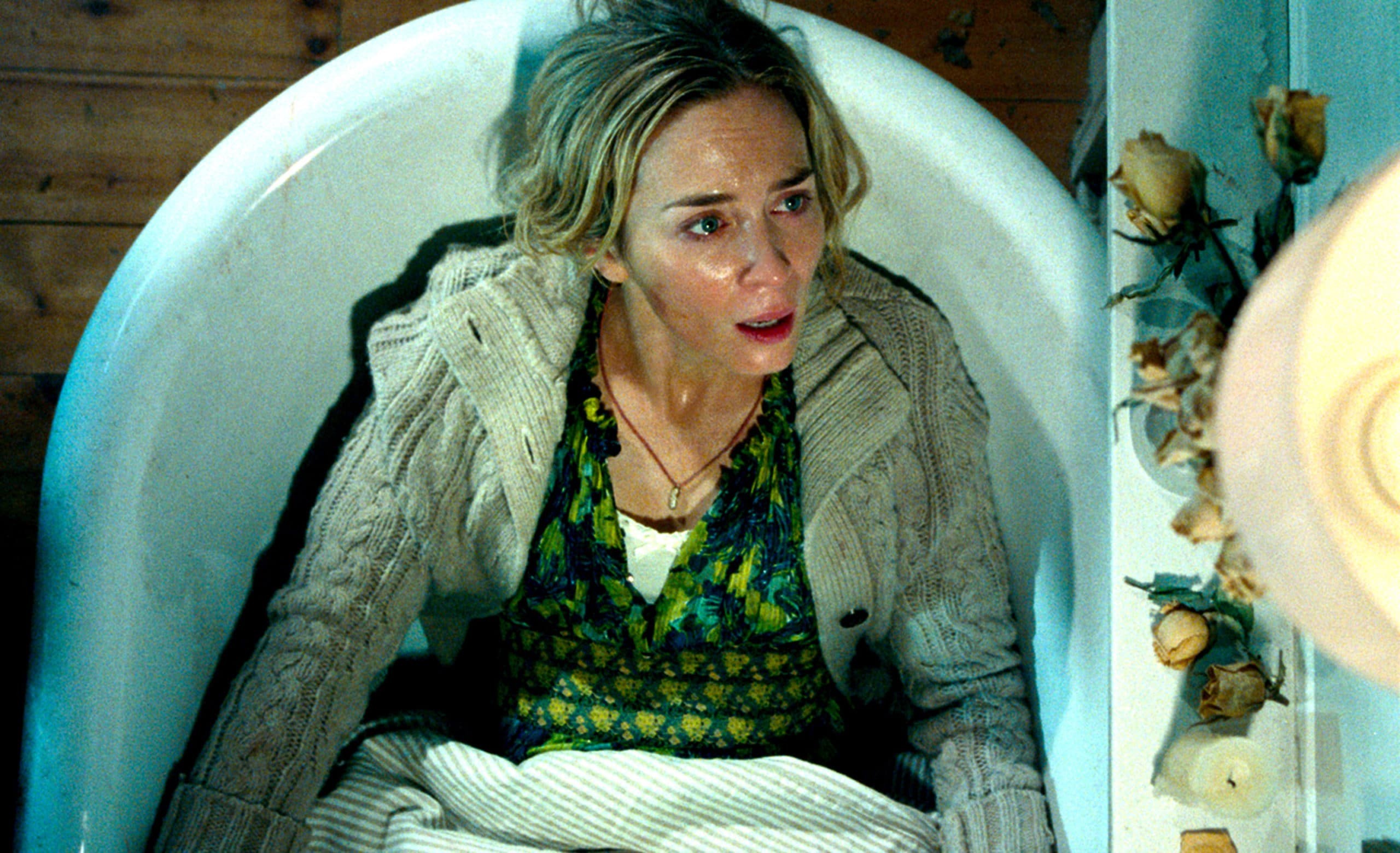 After the first A Quiet Place movie ended up earning $341 million at the worldwide box office against a $17 million production budget, Blunt was able to negotiate an eight-figure upfront salary on the sequel, which is slated to open in theaters on September 17th.

The Golden Globe-winning actress is also expected to get a check in the high seven figures for her role as Dr. Lily Houghton in Disney’s adventure film Jungle Cruise, due on July 30th. 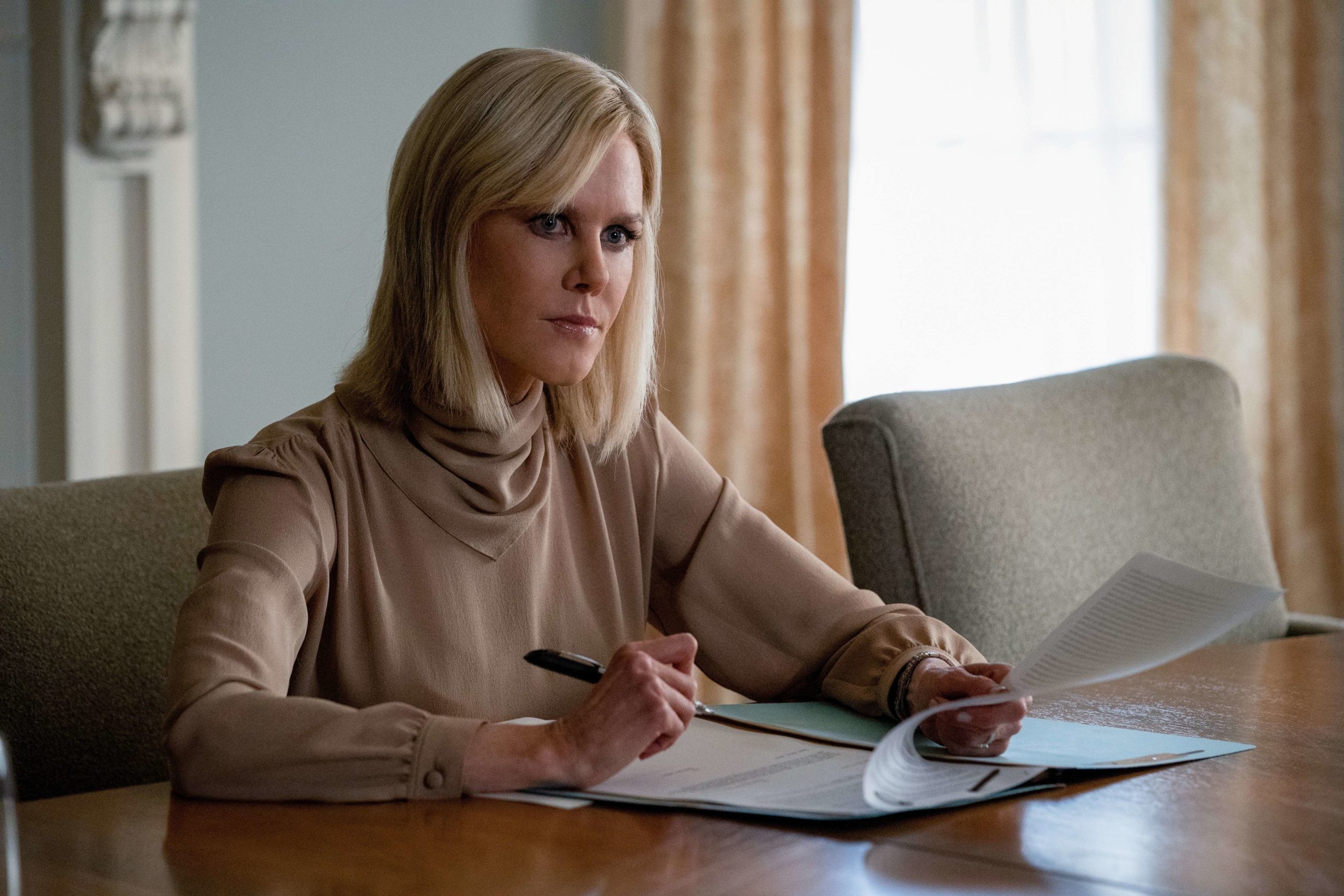 Kidman got an eight-figure upfront salary for her role as Angie Dickinson in the Netflix original film The Prom. From June 2019 to June 2020, Kidman also starred in two movies that both got traditional theatrical release: the drama film The Goldfinch and the biographical movie Bombshell.

On the TV front, Kidman made money for starring and executive producing the second season of the HBO drama Big Little Lies. She is also set to earn about $1 million per episode for her upcoming miniseries The Undoing, which will also air on HBO. Kidman was on the fourth place in the 2019 ranking. 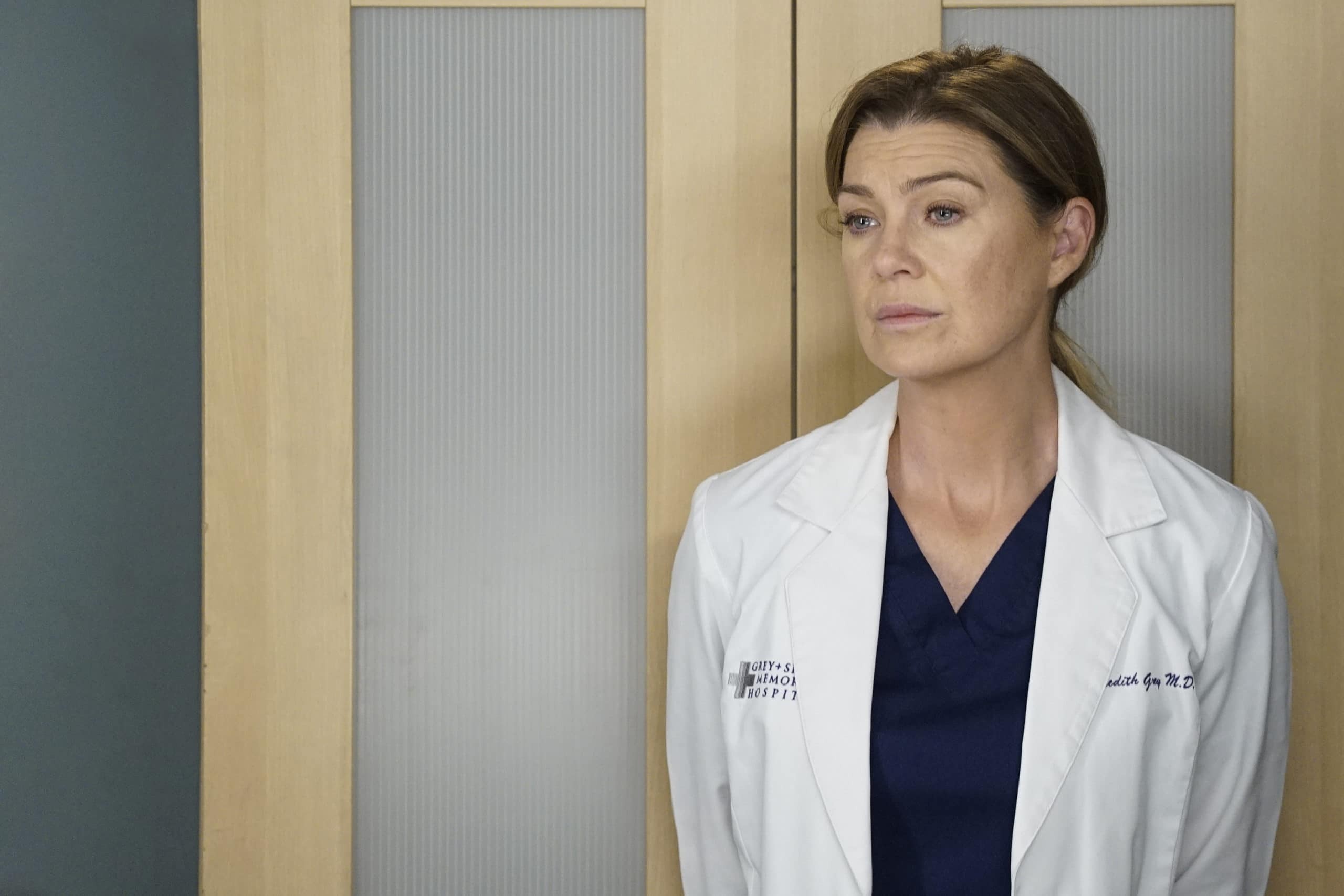 After earning a $19 million from June 2019 to June 2020, 2019’s 10th placer Pompeo climbed two spots in the ranking. Following a contract renegotiation in 2017, the actress is now getting about $550,000 per episode for starring as Dr. Meredith Grey on ABC’s medical drama Grey’s Anatomy.

Pompeo also reportedly earns an additional $6 million every year from her share of syndication profits. 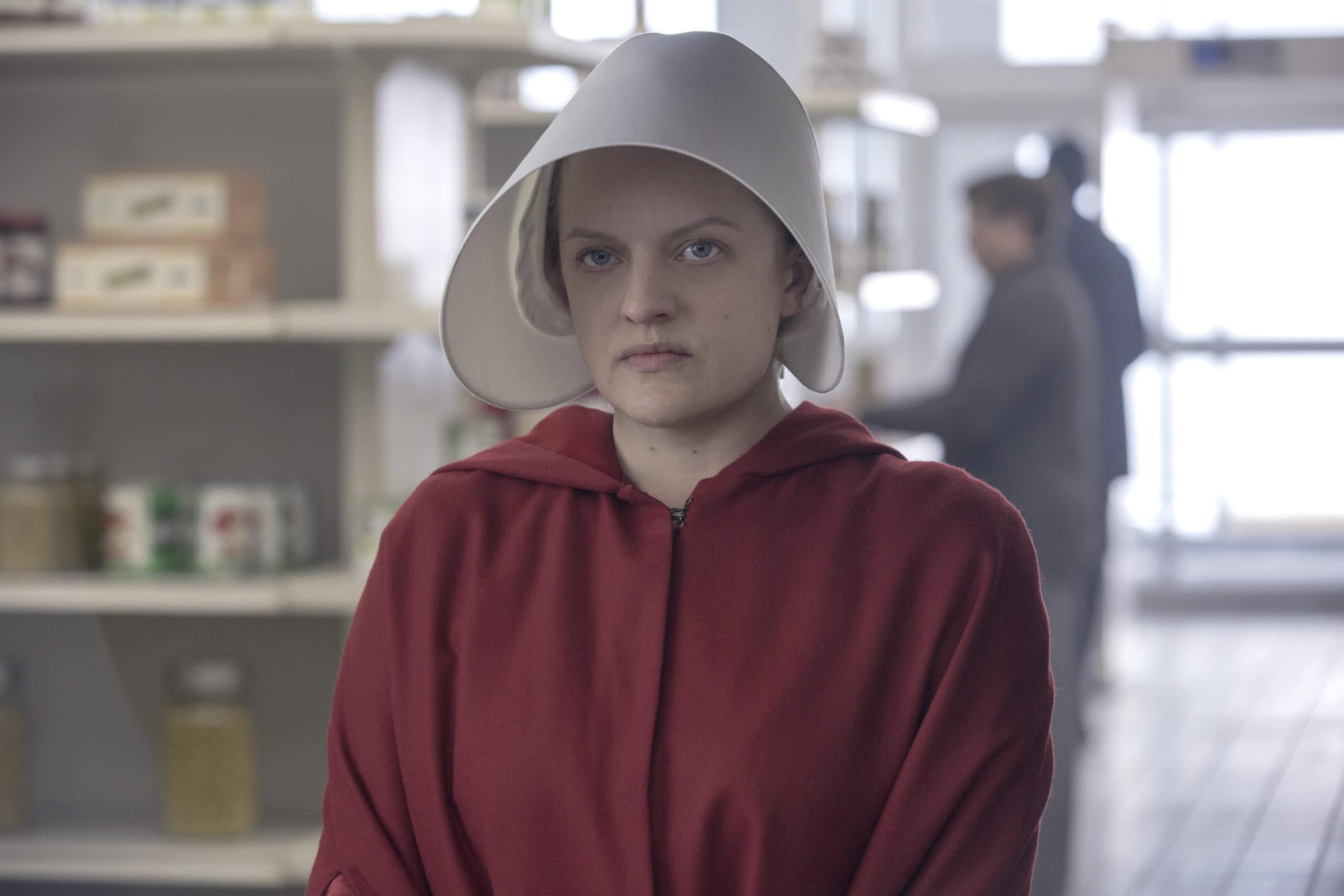 The biggest portion of Moss’ $16 million earnings came from her $1 million per episode salary for starring as June Osbourne on Hulu’s dystopian drama The Handmaid’s Tale, in which she also serves as an executive producer.

Moss is also believed to have received a large amount of bonus from the revenue of her movie The Invisible Man, which grossed a surprising $134.3 million at the worldwide box office against a production cost of just $7 million. The actress also made some money from starring in the action crime drama film The Kitchen and sci-fi thriller Light of My Life, which both premiered in theaters in August 2019. 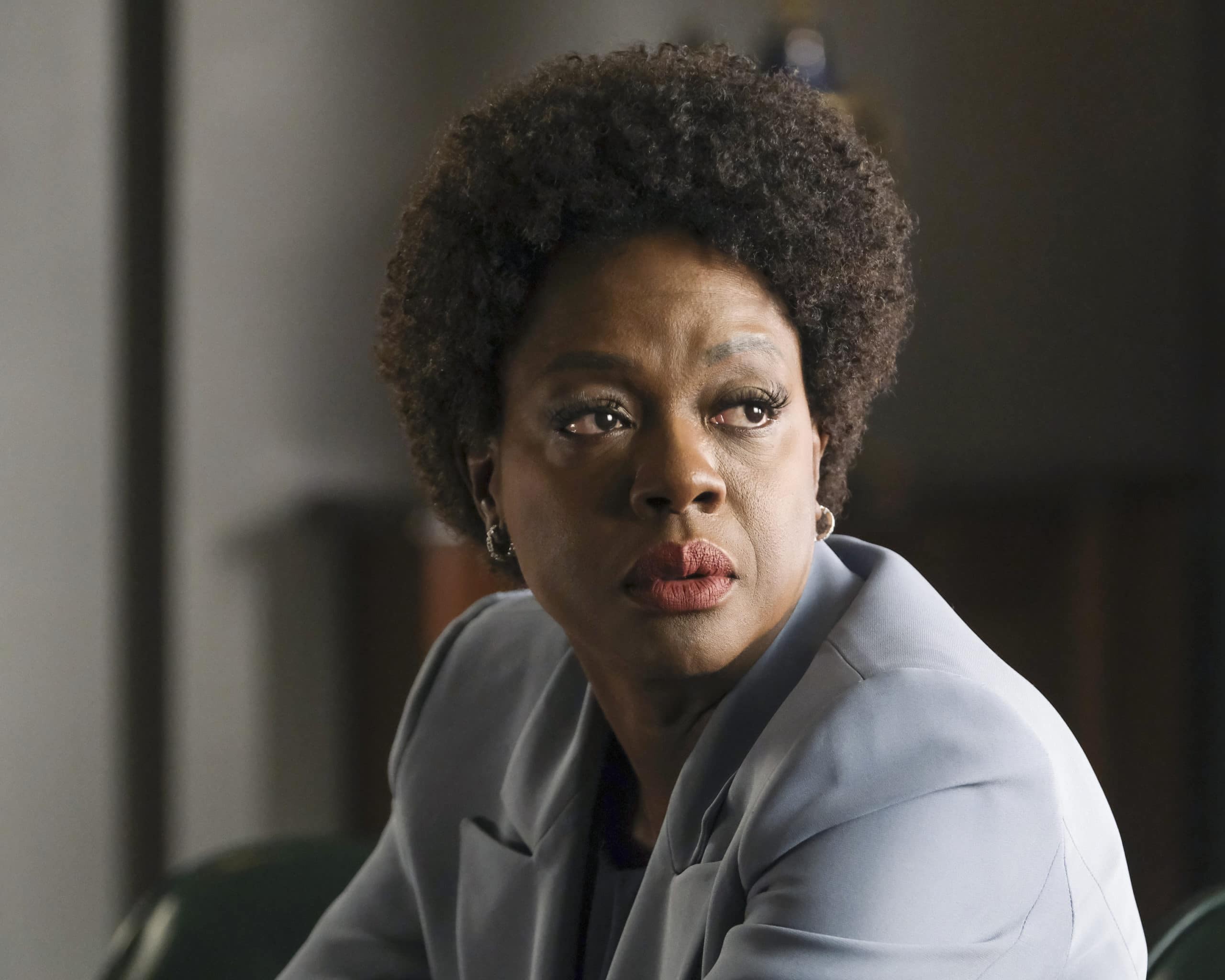 Davis’ seven-figure paychecks for playing Annalise Keating on ABC’s How to Get Away with Murder and Ma Rainey in Netflix’s film adaption of the August Wilson play Ma Rainey’s Black Bottom brought her to the list of the highest-paid actresses for the first time.

Davis also made some bucks for starring in the family drama film Troop Zero, in which she also served as a producer. She also executive produced the 2019 documentary film Emanuel along with NBA star Stephen Curry.