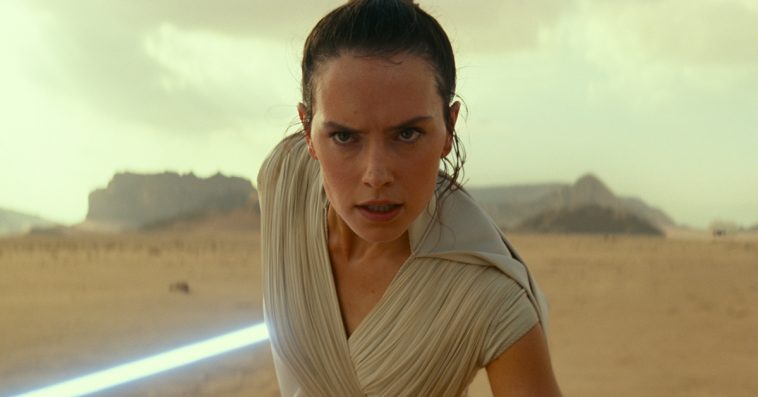 Star Wars: The Rise of Skywalker has already grossed over $815 million worldwide against a production budget of $275 million, making it the ninth highest-grossing film of 2019. While the J.J. Abrams-directed movie is without a doubt a commercial success, the reviews for the film have not been as favorable as the first two installments of the trilogy. In fact, even former Disney CEO Michael Eisner seemed a little disappointed about how the movie turned out.

Eisner took to Twitter on Tuesday to give his thoughts on the film, and though he found it “acceptable,” he called it “somewhat emotionless.” Eisner also compared the flick to the well-received Disney+ series The Mandalorian created by Jon Favreau.

#RiseofSkywalker is an acceptable film, a lot of story and fan delights but somewhat emotionless, while #TheMandolorian on @disneyplus establishes show creator @Jon_Favreau as the new George Lucas which @RobertIger had the foresight to declare.

As expected, there were a number of fans who agreed with him, saying that “acceptable” is a fair word to describe the movie.

Acceptable is a great way to describe it.

Also, it would be grand if you would join the good boys over at @PodcastTheRide sometime. I hear they have a cool baseball card featuring yourself.

Amen to that, Michael. Rise of Skywalker was long on action and short on pretty much everything else. No character dev, thinnest of plots, no backstory, just a rush to get it over with. First Rebels and now #TheMandalorian have completely blown away the new trilogy.

But there were also some who don’t have the same views as him, especially on his opinion that Favreau is on his way to becoming the new George Lucas.

WRONG. Dave Filoni is the successor to George Lucas. True, John Favreau did an amazing job, but even he admits that #themandelorian would not have been as successful without Filoni.

I think there is one big thing you missed on your review, I don’t think there will be a new George Lucas, but if there is someone who is the closest to that, it is @dave_filoni

Filoni should be promoted to be the Kevin Feige of Lucasfilm.

In a follow-up tweet, Eisner also commented that Daisy Ridley, who plays Rey, only had one expression throughout the entire film.

Daisy Ridley played Rey throughout the film with one expression: awe/fear until the very end of the film when she reveals her name. That’s what I meant by a film that somewhat lacked emotion.

I respect your opinion, but I must have watched an entirely different film and sequel trilogy than you did.

Awe/fear are two expressions genius. But there was also a lot of anger, some happiness, love and sadness. Eisner, take your sour grapes elsewhere.

There were a lot of things wrong with the sequel trilogy, but IMO Daisy Ridley’s portrayal of Rey certainly wasn’t one of them.

You’re entitled to your opinion. I strongly disagree. My wife and I loved Rey’s story line. Shocked by such a strong statement.

Following the backlash, Eisner posted another tweet, in which he made it clear that Ridley didn’t act poorly, but was actually “excellent” in her role.

In my previous comment I didn’t mean to suggest that #DaisyRidley acted poorly. On the contrary, she was excellent. The choice of attitude for Rey was intended and seems to fall on the philosophy of the character. #RiseofSkywalker

While Eisner’s tweet was a welcome clarification for the actress’ fans, some thought that it’s unnecessary, as nothing could change their thinking that The Rise of Skywalker is just a bad movie.

No need to clarify anything sir. She has all the emotional acting range of an ironing board, and RoS was the worst kind of half-baked fan service.

There was no hope for Ridley with that script…

Eisner served as the chairman and CEO of Disney from September 1984 to September 2005. Following his resignation, Bob Iger took over the position. Fast forward to 2012, Disney acquired Lucasfilm for a whopping $4 billion. Since then, Disney has produced five Star Wars movies that have varying box-office and critical success.