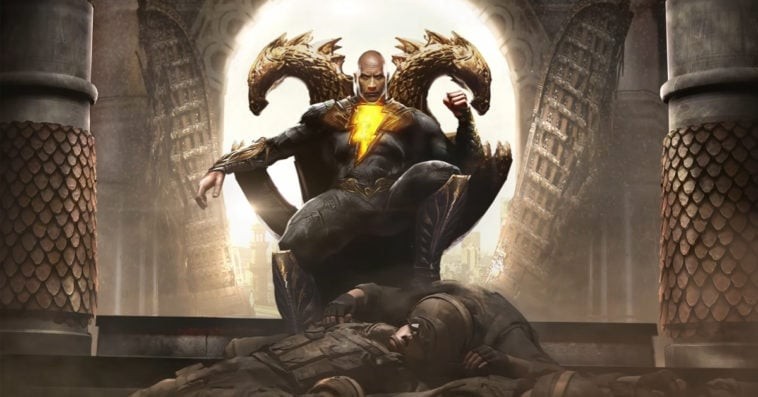 Black Adam was previously set to be released on December 22nd, 2021. But after the latest shuffling of release dates at Warner Bros. due to coronavirus-related uncertainty, the movie is now listed as “undated,” which means studio execs have yet to determine when to drop the film at a later date. Black Adam’s old release date is now occupied by Matrix 4, which has also been delayed from its previous April 1st, 2022 launch.

Black Adam being taken off from Warner Bros.’ release schedule calendar is just a part of the many significant changes to the DC Extended Universe’s slate. While Gal Gadot’s Wonder Woman 1984 is keeping its December 25th release this year, the release date for Robert Pattinson’s The Batman has been moved from October 1st, 2021 to March 4th, 2022. Ezra Miller’s The Flash, which was previously set to open in theaters on June 3rd, 2022, now has a release date of November 4th 2022, which is Shazam!: Fury of the Gods’ previous release date. The sequel to 2019’s Shazam! starring Zachary Levi sequel will now debut in theaters on June 2nd, 2023. The Suicide Squad, which is scheduled for an August 6th release date, is currently the only DC movie in 2021.

Since Warner Bros. didn’t put any new movies on The Flash’s old June 2022 slot, there’s a possibility that this could be Black Adam’s new release date.

Aside from Johnson who will play the title role in Black Adam, previously announced cast members of the movie include Aldis Hodge as Hawkman and Noah Centineo as Atom Smasher. Plot details about the film are scarce, but producer Hiram Garcia previously said that it would change the DCEU forever.

“We have a lot of fun saying that the hierarchy of the power in the DC Universe is going to change because when Black Adam arrives, everyone needs to watch out because he’s going to change the game,” Garcia told Variety in September when asked what fans can expect from the script.

He added: “Our entire production team and our amazing director, Jaume Collet-Serra, we all have unified, giant ambitions for what we want to do with these characters and the JSA (Justice Society of America) and all those new members we’re introducing from Hawkman to Atom Smasher to Cyclone and Doctor Fate. It’s an opportunity to put ourselves in the DC Universe, and really start to create a fun group of characters that audiences haven’t had the chance to see, but that a lot of them are familiar with.”

Watch the official teaser for Black Adam below: