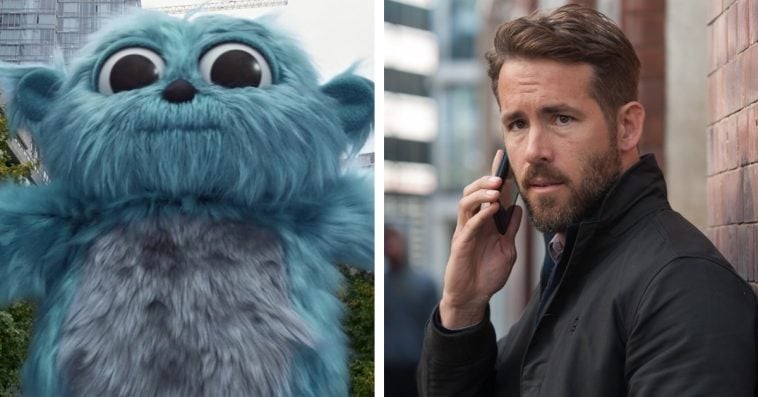 Legends of Tomorrow has made a lot of pop culture references since its first season, but it looks like it dropped its craziest one during its Season 5 premiere last Tuesday.

Very early into the episode, Ava (Jes Macallen) was seen defending the Legends during a Congressional hearing. While Sara’s (Caity Lotz) lover didn’t make any pop culture references during the televised inquiry, the ticker tape at the bottom of the screen shockingly revealed that Ryan Reynolds will star in a Detective Beebo live-action film.

The subtle namedrop is, of course, a fun reference to the 2019 movie Detective Pikachu, in which Reynolds voiced the titular character. While the Legends of Tomorrow episode didn’t reveal any additional details about Detective Beebo, it’s safe to say that it would likely have the same premise as Detective Pikachu and would feature the blue furball as a smart-talking super sleuth solving a mystery.

Though it doesn’t seem that Pokémon media franchise exists in the Arrowverse, the Earth-Prime has the Beebo brand to fill that void. The Beebo craze started in 1992, just a few years earlier before the Pokémon became a huge hit in the real world. Just like Pokémon, the Beebo brand is also available in every kind of merchandise and mass media. In fact, in Season 4 of Legends of Tomorrow, it was revealed that there’s a Tetris-like mobile game called Beebo Blox.

In the real world, Reynolds is best known for playing Marvel’s Deadpool. But before that, the actor portrayed the DC superhero Green Lantern in a 2011 film of the same name. While it would be a real treat to see Reynolds suit up as Hal Jordan in the Arrowverse, we’re not sure if it’s something the actor would like to do, as the Martin Campbell-directed movie was panned by critics and was even mocked and lamented by Reynolds himself several times before.

Whether or not Reynolds ends up appearing in Legends of Tomorrow or in any Arrowverse shows in the future, fans would surely appreciate to get some sort of update on the actor’s Detective Beebo movie.

Legends of Tomorrow airs Tuesdays at 9 p.m. ET on The CW.