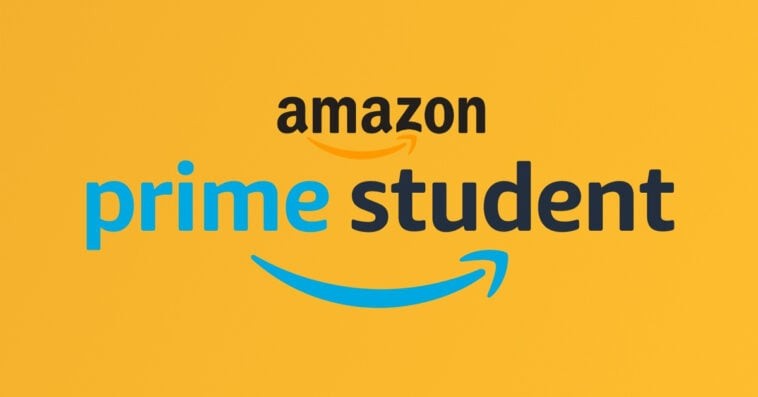 How much does Prime Student cost?

Do students get Amazon Prime for free? Is Prime Student only for college students?

Is Amazon Prime Student only for 4 years?

How do I keep Prime Student after 4 years?

While there’s no official way of continuing Prime Student after its four-year limit, you may try a Prime Student extension hack by creating a new Amazon account and starting afresh with your student ID and email.

What is the difference between Prime Student and Amazon Prime?

Prime Student members and Amazon Prime members enjoy the same benefits in general. But there are a few differences between the two services that are worth noting:

While Prime Student and Amazon Prime members can both save money from Amazon Coupons, Prime Student subscribers have their own discount section called College Deals. These give them discounts on electronics, video games, snacks, dorm supplies, beauty items, and many more.

In the past, benefits received through Prime Student could be shared. Now, that feature is exclusive to Amazon Prime subscribers. An Amazon Prime member can create an Amazon Household to share benefits and a Family Library with another adult, up to four teens and up to four children.

No. Amazon Prime is not free. It is a paid subscription service that offers a wide variety of perks, including free one- or two-day shipping on most items sold by Amazon, among many others.

How much does Amazon Prime membership cost?

As previously mentioned, Amazon Prime costs $14.99 per month or $139 per year. As an Amazon Prime member, you receive numerous shipping, shopping, streaming, and reading benefits from Amazon. 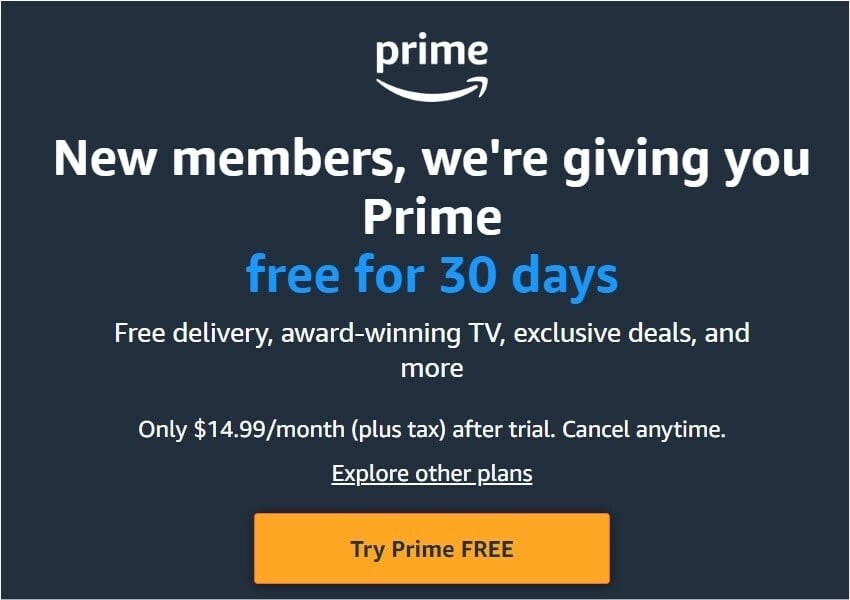 While Amazon Prime isn’t free, anyone who hasn’t been an Amazon Prime member in the last 12 months can sign up for a 30-day free trial and enjoy all the same benefits as paid members. Amazon Prime
starting at $14.99 per month

As an Amazon Prime member, you receive tons of shipping, shopping, streaming, and reading benefits, among many others.

Prime Video benefits are included with a membership to Amazon Prime. So, if you have an Amazon Prime subscription, you can watch hundreds of movies, as well as TV series, on your favorite devices for free.

Want to watch films and TV shows on Prime Video but don’t want to subscribe to Amazon Prime? You can sign up separately for Prime Video for just $8.99 per month.

Can Amazon Prime movies be downloaded?

Yes. Amazon Prime movies can be downloaded. To download films for offline viewing, you need a Fire tablet, or the Prime Video app for iOS, Android, macOS, or Windows 10. To download movies, simply open the app on your device, and find the title you want to download.

Does Amazon Prime have Hindi movies?

Does Amazon Prime have Lord of the Rings?

As of November 2022, the Lord of the Rings trilogy — Fellowship of the Ring (2001), The Two Towers (2002), and The Return of the King (2003) — is streaming on Amazon Prime and HBO Max. The films are also available to rent or purchase on Amazon Instant Video. The Lord Of The Rings Motion Picture Trilogy Extended Edition
$29.99

The Hobbit trilogy — An Unexpected Journey (2012), The Desolation of Smaug (2013), and The Battle of the Five Armies (2014) —  which basically serves as a prequel to the Lord of the Rings film series is also available to stream on Amazon Prime, as well as the new TV series The Lord of the Rings: The Rings of Power, which premiered in September 2022.

Both adults (aged 18 and over) in an Amazon Household have their separate Amazon accounts. They share select benefits and digital content using Family Library. They can also manage the profiles of teens (ages 13 through 17) and children (ages 12 and below) in the Amazon Household. Teens in the Amazon Household can have their own Amazon login to shop or stream content while still keeping their parents informed. Children’s accounts, on the other hand, don’t have a shopping feature to avoid accidental purchases.

People in an Amazon Household can enjoy all the Prime benefits like Prime video streaming, Prime photos, complimentary access to Twitch channels, and free two-day shipping. Some benefits, however, cannot be shared. These non-shareable benefits include Prime Music, Prime Reading, Kindle First, and discounts on video games and purchased video add-ons.

With Amazon Prime, is it all shipping free?

Yes. All shipping is free with Amazon Prime. Amazon Prime subscribers get unlimited free two-day shipping on eligible items with no minimum spend.