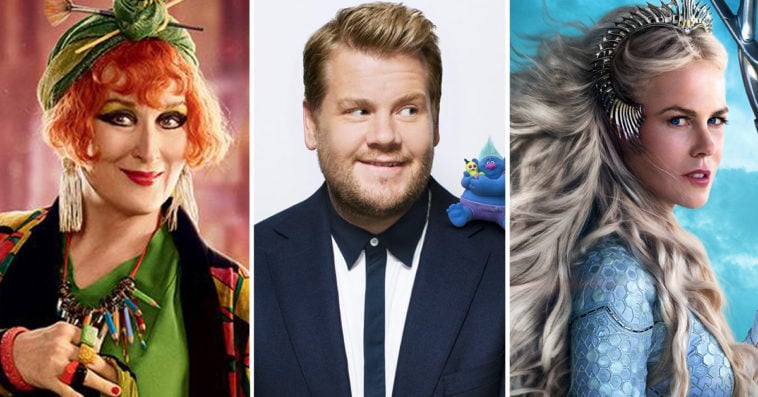 Ryan Murphy will direct a film adaptation of the Tony-nominated stage musical The Prom for Netflix.

Streep will portray the role of Dee Dee Allen, a two-time Tony winner who partners with Corden’s Barry Glickman in a musical about Eleanor Roosevelt. Sadly, the show flops, and in an attempt to rehabilitate their careers, the two — together with Broadway babies Kidman as Angie Dickinson and Rannells as Trent Oliver — decide to champion a cause. The quartet find one in Emma, a high school senior in Indiana who is not permitted to take her girlfriend to the prom.

No actor is currently attached to play Emma, but a nationwide search headed by casting director Alexa Fogel is currently underway to fill the role.

Ariana Grande, who has previously worked with Murphy on Fox’s Scream Queens, was supposed to play the role of Alyssa, a popular daughter of the head of the PTA. However, Billboard confirmed that the pop star will not be involved with the project due to the extension of her Sweetener tour, which runs through the end of 2019.

Meanwhile, Awkwafina will appear in the movie as the group’s publicist Ms. Sheldon, and Key will play Streep’s love interest and Emma’s ally, Principal Hawkins.

Each cast member was reportedly Murphy’s first choices. The actors were also said to have quickly accepted the role after seeing the stage musical that promotes inclusion and tolerance.

Murphy will produce the movie along with Alexis Woodall, Bill Damaschke, and Dori Berinstein. Based on the original concept by Jack Viertel, the film’s script is written by Bob Martin and Chad Beguelin, with music and lyrics by Beguelin and Matthew Sklar.

Netflix’s The Prom is slated for a fall 2020 awards season release in theaters before it arrives on the streamer.