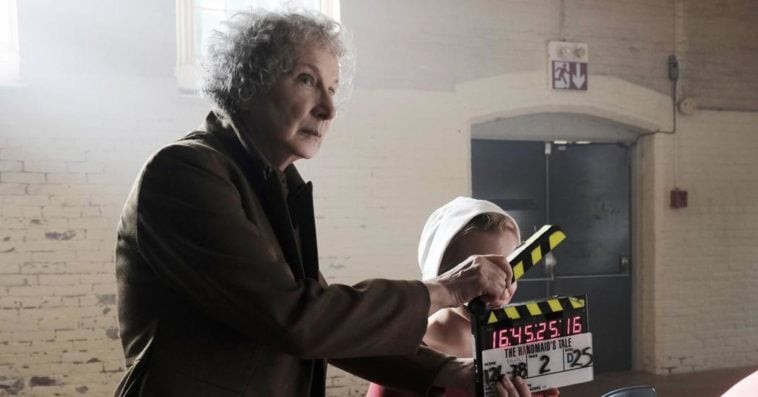 Margaret Atwood is writing a sequel to her 1985 dystopian novel The Handmaid’s Tale.

More than three decades after the first book was published, Atwood announced on Wednesday that a follow-up book to the original will be published on September 10th, 2019. Titled as The Testaments, the sequel is set 15 years after Offred’s final scene in the first book and is narrated by three female characters.

In her announcement, Atwood revealed that her readers’ interesting questions about the fictional Republic of Gilead as well as the political climate in the real world today are her inspiration for the sequel.

“Everything you’ve ever asked me about Gilead and its inner workings is the inspiration for this book. Well, almost everything!” Atwood wrote in a statement she shared on Twitter. “The other inspiration is the world we’ve been living in.”

Yes indeed to those who asked: I’m writing a sequel to The #HandmaidsTale. #TheTestaments is set 15 years after Offred’s final scene and is narrated by three female characters. It will be published in Sept 2019. More details: https://t.co/e1umh5FwpX https://t.co/pePp0zpuif

According to the sequel’s publisher Nan A. Talese/Doubleday, The Testaments is not connected to Hulu’s adaptation of The Handmaid’s Tale, starring Elisabeth Moss as Offred.

Though it has nothing to do with the critically acclaimed and award-winning web series, The Testaments is still expected to attract a huge readership as the sales of the original book surged following the start of Donald Trump’s presidency. So far The Handmaid’s Tale has sold eight million copies worldwide, including over the past two years, during which the book spent 88 weeks on the New York Times bestseller list.

The Testaments will be released in hardcover and as an e-book by Nan A. Talese/Doubleday, in audio by Penguin Random House, and in trade paper by Anchor. You can pre-order the book now on Waterstones or Amazon.