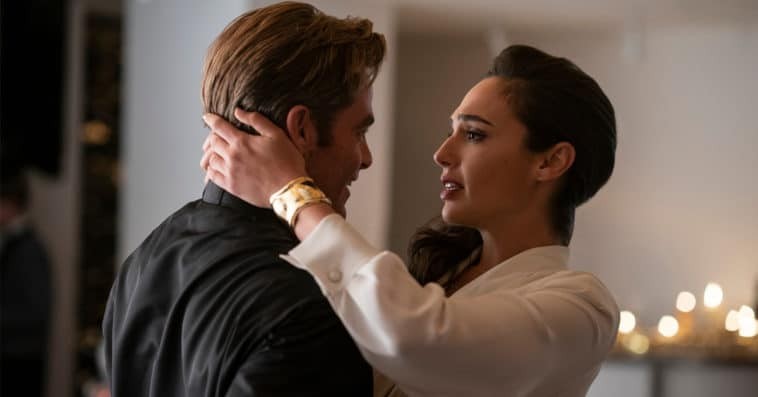 If you’re a fan of Hallmark Christmas movies, then you have probably noticed that the ending of Wonder Woman 1984 is pretty much like the beginning of a Hallmark holiday film.

In the Patty Jenkins-directed sequel, Diana Prince (Gal Gadot) unknowingly used the Dreamstone to wish her deceased lover Steve Trevor (Chris Pine) back to life. While Steve returned right away, he wasn’t technically resurrected. Instead, his soul came back to the realm of the living by possessing the body of a person only listed as “Handsome Man” (Kristoffer Polaha) in the credits.

But when Diana realized that Steve’s “resurrection” comes at the cost of her powers, she ultimately renounced her wish and gave up the love of her life in order to save the world. The movie wrapped up at a holiday fair where she encountered the man Steve temporarily possessed. But this time the Handsome Man was back to his true self.

Surrounded by Christmas lights, snowmen, Christmas shoppers, and children’s playing, Diana and the Handsome Man had a friendly conversation. After which, Diana looked up at the snowfall while seemingly accepting that her life will go on without Steve.

That ending resembles an opening scene of a Hallmark Christmas movie, which usually finds two strangers with an obscure connection meeting at a holiday gathering. While it’s unlikely that the connection between Diana and the Handsome Man will turn into a romance in the already confirmed Wonder Woman 3, it’s still a nice nod to the fan-favorite Hallmark genre.

While Wonder Woman 1984 is Polaha’s biggest movie yet, he is set to appear in Jurassic World: Dominion, which is slated to be released on June 10th, 2022.

The premiere date and production timeline for Wonder Woman 3 remain unclear, but Warner Bros. said that it will have a traditional theatrical release.