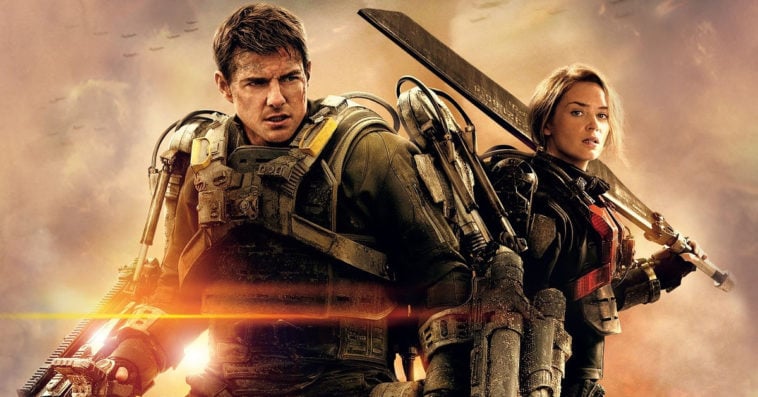 Warner Bros. is developing a sequel to the 2014 time-travel film Edge of Tomorrow.

The studio is moving ahead with its follow-up to the Tom Cruise and Emily Blunt-starrer with a new writer hired to pen the script. Matthew Robinson, who is best known for writing the 2009 rom-com fantasy movie The Invention of Lying, pitched a take on the sequel and was then recruited to write the second installment of the movie series.

While Cruise and Blunt have not signed on for the sequel yet, both actors are expected to return, should they like the script. Original franchise director Doug Liman is also in the loop and will develop the sequel with Robinson.

The studio has been toying with a sequel for several years. Back in 2016, Joe Shrapnel and Anna Waterhouse were recruited to write the script for the sequel, which Liman was very excited about.

“The story is so amazing — much better than the original film, and I loved and loved the original film — and second of all, it’s a sequel that’s a prequel,” Liman told Collider that year. “I had these intellectual ideas on how you should make a sequel that [is] unlike how anybody else makes a sequel, and this script and this idea fit perfectly into that idea. So it’s gonna revolutionize how people make sequels.” Though that script apparently didn’t work, the studio reportedly has high hopes with Robinson’s new take.

Based on the Hiroshi Sakurazaka Japanese graphic novel All You Need Is Kill, the first film follows Major William Cage (Cruise), a military public relations officer with no combat experience, who is thrown on the frontlines of a war against aliens and soon finds himself caught in a time loop that sends him back to the previous day every time he dies. He then teams up with special forces soldier Sgt. Rita Vrataski (Blunt) to improve his combat skills each day.

Though Edge of Tomorrow was not considered a box office hit, grossing $370 million worldwide on a $178 million budget, the movie was a positively received by critics and has become more popular over the years on home entertainment.