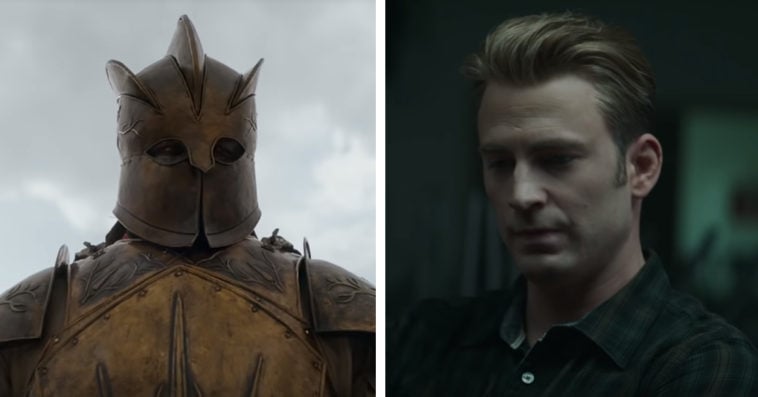 Since becoming one of the most-watched sporting events every year, the Super Bowl has made itself a top marketing opportunity for companies to promote their brands, products, and services. According to TV spot tracker iSpot, a total of 93 ads aired during the Super Bowl LIII. While several of these ads were forgettable, there are few that made a mark and won the hearts of pop culture nerds. Below are five of the geekiest commercials from this year’s Super Bowl.

The one-and-a-half-minute commercial started out as yet another iteration of Bud Light’s medieval-themed “Dilly Dilly” ad campaign, in which the king and the queen of a noble house are served with a bottle of Bud Light as they wait for the start of a jousting tournament.

But when Gregor “The Mountain” Clegane from HBO’s Game of Thrones showed up on screen and the series’ iconic theme song Rains of Castamere began to play, the ad for the beer instantly became a teaser for the eighth and final episode of the fantasy drama, which will premiere on April 14th.

As if The Mountain crushing his opponent’s head isn’t enough for shock value, one of Daenerys dragons made a surprise appearance and set the whole jousting venue on fire.

“Some people move on, but not us,” says the voiceover in this gloomy teaser for the highly anticipated Avengers: Endgame, which will hit theaters on April 26th. In the 30-second clip, Steve Rogers (Chris Evans) is in deep thought, apparently trying to come up with a way to defeat Thanos (Josh Brolin).  The teaser also shows a glimpse of Tony Stark (Robert Downey Jr.), who is seemingly repairing his Iron Man suit with the help of Nebula (Karen Gillan).

Woody (Tom Hanks) is reunited with his long-lost girlfriend Bo Peep (Annie Potts) in this 30-second teaser for Toy Story 4. While Woody and Bo Peep catch up after years of being apart, Buzz Lightyear (Tim Allen) finds himself as a toy prize in an amusement park game stall, where he meets new characters Ducky and Bunny (Keegan-Michael Key and Jordan Peele). The Josh Coole-directed flick opens in cinemas on June 21st.

The award-winning anthology series that originally aired from 1959 to 1964 on CBS is coming to CBS All Access on April 1st. Hosted by Peele, each episode of the remake will present a standalone story in which characters find themselves dealing with often disturbing or unusual events — an experience described as entering the Twilight Zone. Confirmed guest stars include Sanaa Lathan, Adam Scott, John Cho, Allison Tolman, Jacob Tremblay, Erica Tremblay, Steven Yeun, and Greg Kinnear.

Also part of Bud Light’s “Dilly Dilly” marketing campaign, this blunt ad points out that Bud Light — unlike Miller Lite and Coors Light — is brewed with no corn syrup. The minute-long video starts with a female knight informing her king that a huge barrel of corn syrup has arrived. But because they are not using corn syrup in brewing Bud Light, the King and his troops are kind enough to deliver the shipment to its rightful owner, all while confirming that their rival brands are using corn syrup.

During the Super Bowl half-time show, a portion of the above SpongeBob SquarePants clip — which features new animation and old animation from the episode Band Geeks — was aired as a tribute to series creator Stephen Hillenburg, who died last November due to amyotrophic lateral sclerosis. The shortened version of the clip was used to introduce Travis Scott’s appearance for his performance of Sicko Mode, while the full video, including a dedication to Hillenburg, was played inside the stadium, not during the game, but earlier before as people entered the stadium.