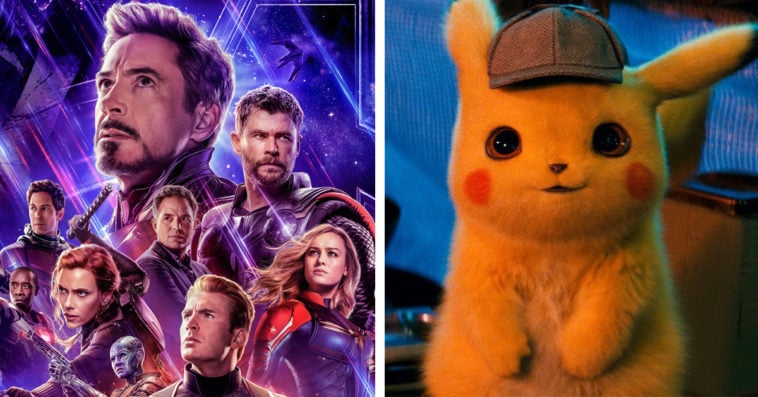 Avengers: Endgame’s first strong box-office opponent, Detective Pikachu, arrived in theaters this weekend. Though the live-action Pokémon movie from Warner Bros. and Legendary opened to a healthy $58 million in North America, the Disney and Marvel superhero movie still won the domestic box office for the third weekend in a row after bringing in an estimated $63.1 million in ticket sales.

With its North American ticket sales now $723.5 million in total, Avengers: Endgame’s domestic earning has surpassed the $700.1 million earned by Black Panther and the $678.8 million for Avengers: Infinity War over their theatrical runs last year. This has also made the Russo Brothers-directed movie the third highest-grossing film in North America ever.

Avengers: Endgame grossed $102.3 million overseas this weekend, bringing its worldwide gross to a whopping $2.49 billion since its release last April. The movie needs to earn over $300 million more at the box office to snatch the title world’s highest-grossing film of all time from James Cameron’s Avatar.

Though Avengers: Endgame is nearing to break Avatar’s box-office records, domestic sales for the movie dropped by 57 percent week over week — a notable sharper fall than that of Avengers: Infinity War, which fell around 46 percent in its third week.

As Avengers: Endgame’s ticket sales starts to dwindle, Detective Pikachu’s future at the box office remains very promising. In fact, producers of Detective Pikachu expect the film to resonate overseas, where the Pokémon franchise has a huge following. The movie, which features Ryan Reynolds as the voice of Pikachu, actually had a good start overseas, amassing $103 million from 62 international territories this weekend.

The great box-office start for Detective Pikachu is considered a rare win for video-game to big-screen adaptations — a genre that’s filled with a number of high-profile misfires, including 1993’s Super Mario Bros. and 2005’s Doom. “It worked because of the lighthearted nature of the film,” Goldstein said of Detective Pikachu. “You don’t need to be a Pokémon fan to see the movie.”

However, both Avengers: Endgame and Detective Pikachu will face a much tougher competition at the box office in the remaining weekends of May. John Wick: Chapter 3 – Parabellum, starring Keanu Reeves, opens in theaters on May 17th, and Disney’s live-action adaptation of Aladdin is set to debut on May 24th.