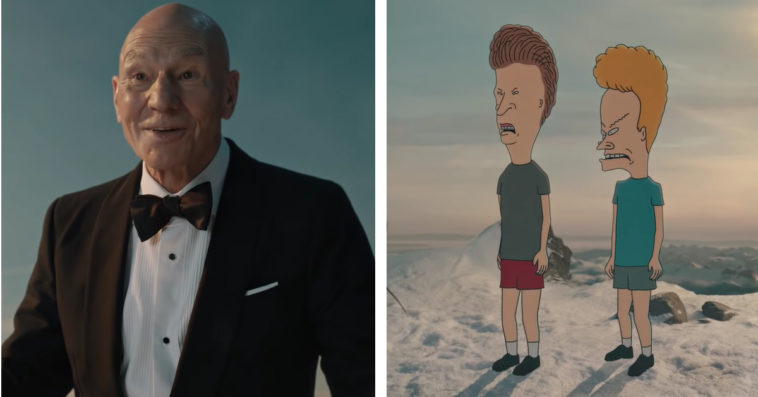 CBS All Access will be officially rebranded as Paramount Plus on March 4th, and to let more people know about the relaunch of the streaming service, ViacomCBS dropped a Super Bowl commercial that unites some of the biggest stars and characters that fans will soon be able to watch on the new streamer.

When S.W.A.T.’s Hondo (Shemar Moore) asks why Stewart summoned all of them there, Young Sheldon’s Iain Armitage butts in and says, “Don’t you see? This is a metaphor for how we’re all streaming on Paramount Plus now.”

Seemingly unsure of what’s happening, CBS News broadcast journalist Gayle King throws up her hands and states, “I’m going home.” But before she can completely turn her back, Stewart reminds her, “Oh, silly goose, you are home ― we live here now on Mount Paramount. Isn’t it glorious?”

When Snooki of the Jersey Shore asks what they’re supposed to do up there, Stewart suggests they dance. This prompts CBS talk show host Stephen Colbert to push a button that brings out a glass dome container, where SpongeBob and other Bikini Bottom residents are performing Sweet Victory by David Glen Eisley. While most of the stars and characters are hesitant to dance to the rock ballad, Sadako from The Ring film series is really into it.

The Paramount Plus Super Bowl commercial is actually the culmination of a series of ads for the new streaming service. You can see the previous installments of the marketing campaign in the tweets below:

This expedition is fraught with peril, but at least we have some comic relief from two familiar faces. #ParamountPlushttps://t.co/dwHvYQikgv pic.twitter.com/HBP1k1HOzm

Spock rocks. 🖖🤘
See what awaits our heroes at the peak of Paramount Mountain during today's big game. #ParamountPlus pic.twitter.com/LymkkMzZOm

We know who we're rooting for during Super Bowl LV.
See you at the summit of Mount Paramount. #ParamountPlus pic.twitter.com/7As7y479z1

The rebranding of CBS All Access to Paramount Plus was announced by Viacom CBS president and CEO Bob Bakish last September.

“Paramount is an iconic and storied brand beloved by consumers all over the world, and it is synonymous with quality, integrity and world-class storytelling,” he said at the time. “With Paramount Plus, we’re excited to establish one global streaming brand in the broad-pay segment that will draw on the sheer breadth and depth of the ViacomCBS portfolio to offer an extraordinary collection of content for everyone to enjoy.”

Aside from its U.S. launch on March 4th, Paramount Plus will also be available in Latin America starting on the same date. It will then arrive in the Nordics on March 25th and in Australia in mid-2021.