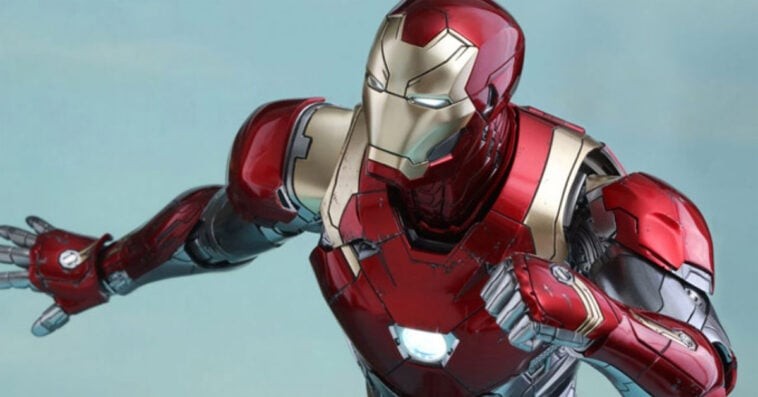 Do you want to buy an Iron Man fiberglass suit but can’t afford the expensive price tag? If yes, then you can make your own DIY Iron Man suit and save money with this easy-to-follow guide.

The folks over at TheIronSuit.com are offering a tutorial that will help you channel Tony Stark and create your own Iron Man armor from scratch.

Build your own Iron Man suit with TheIronSuit.com

As a member of the course, you will get the complete material list for the costume, a step-by-step instruction guide as well as pictures and videos of the whole process. You will also get professionally-designed 3D files of the suit and a software viewer that will allow you to open and print them. 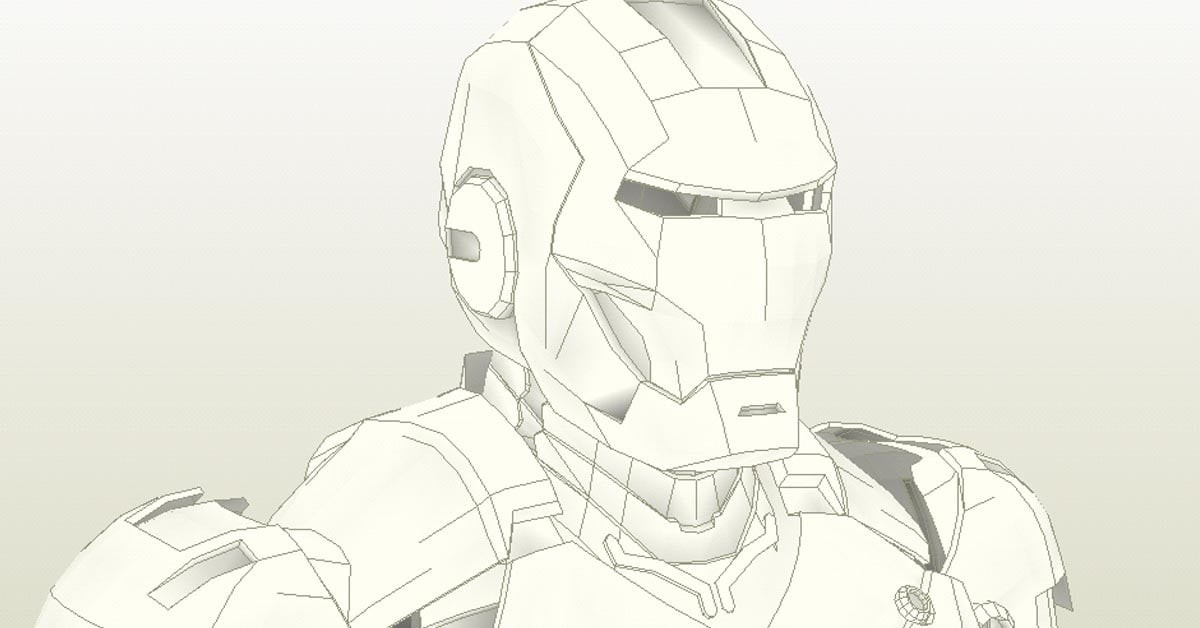 Only six versions of the Iron Man suit are available so far, and these are Mark IV, Mark IV, Mark XLII, Mark XLV, Mark XLVII, and War Machine. For fans who want to build other armor versions, stay tuned for updates from TheIronSuit.com.

Though the finished products look as if they are made by pros, the people behind the course say that the steps detailed in the tutorial are very easy to do even for fans without any relevant experience in costume-making, as the process only involves simple printing, cutting, folding, and pasting. The 3D files provided are also ready to use so the most difficult part of the process is the beginning. 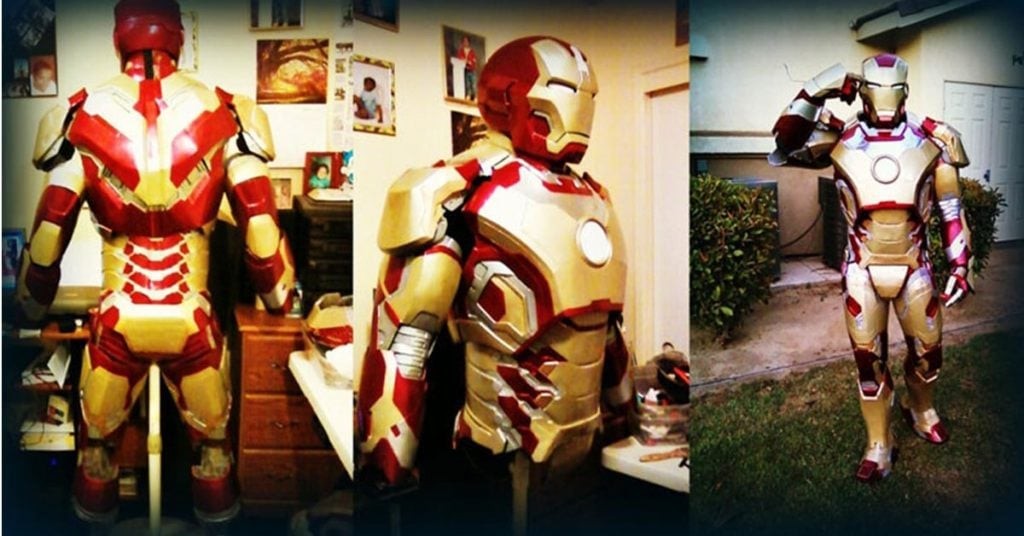 The 3D files of the DIY suit are designed for someone who stands 5.872 feet tall, weighs 163.14 pounds, and has a 30-inch waist. There is no need to change anything if you are near these numbers. But if you are not near these numbers or planning to build a suit for a kid, you need to alter the scale of the 3D files accordingly. The tutorial includes instructions on how to do that, so you have nothing to worry about.

If you work on your suit for around an hour a day, you could finish in 2 weeks or less. But if you decide to put more details into it, then you will need more time to complete it.

The comprehensive DIY Iron Man suit guide costs $49.99. But aside from the suit tutorial, you will also get full access to the Master Chief Halo members’ area. So once you’re done with your Iron Man costume, you can start building a real Master Chief costume right away.

For Marvel fans who love to cosplay This Iron Man DIY Suit Guide from TheIronSuit.com comes with all the materials needed for the costume. It also includes a step-by-step instruction guide with pictures and videos of the whole process. The course also comes with professionally designed 3D files of the suit of your choice and a software viewer that allows you to open and print them.

If you’re not up for the DIY challenge, an Etsy seller is selling a custom-made Iron Man suit for a whopping $1,500.

How much does it cost to build an Iron Man?

In the comics, Tony Stark mentioned at one point that it cost him about $7 billion to make an Iron Man suit.

One of the armor suits worn by Robert Downey, Jr. in the Marvel Cinematic Universe (MCU) was once stolen. And according to the Los Angeles Police Department, that particular costume cost about $325,000.

Adam Savage of the popular TV show Mythbusters built a fully functional Iron Man costume. And according to an estimate by DisForDisney.com, the suit is probably around $450,000. Citing one source, the website reported that the jetpack and the 3D-printed suit included in Savage’s suit already cost $443,000, while all the titanium materials needed for the armor were priced at $4,800.

But there’s also a less expensive yet incredible-looking Iron Man costume, and this is made by cardboard artist 鍾凱翔 (Kai-Xiang Xhong), a former student of Stan Winston School in Taiwan. The total cost of his creation is unclear but because it is primarily made of cardboard, it’s safe to assume that it’s way cheaper than others.

How many Iron Man suits did Tony Stark make?