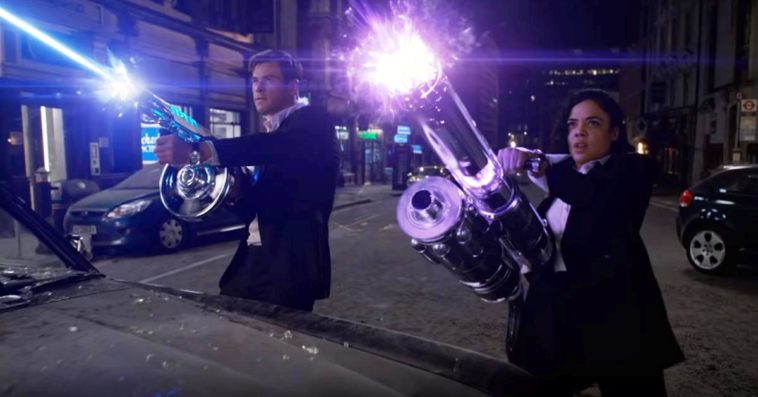 After failing to save Asgard as Thor and Valkyrie in the 2017 Marvel movie Thor: Ragnarok, Hemsworth and Thompson will now attempt to stop a potential global catastrophe as Agent H and Agent M in the upcoming Men in Black spinoff.

The first trailer for the F. Gary Gray-directed movie introduces Thompson’s Agent M as the newest recruit of the US branch of MIB. After Emma Thompson’s Agent O, head of MIB US, finds out that there’s a huge extraterrestrial problem in London, Agent O sends Agent M to the MIB UK to help with the investigation.

Agent M gets a warm welcome from the head of MIB UK played by Liam Neeson. Neeson’s character then pairs newcomer Agent M with Hemsworth’s Agent H, who is considered as one of the best MIB agents in the UK.

Though the trailer doesn’t show much of the new partners’ dynamic, the video is packed with previews of state-of-the-art firearms, futuristic vehicles, and dashing new suits that the duo will be using to solve an alien-related murder mystery.

Although much of the film’s story is set in London, the audience will also get to see Agent H and Agent M travelling the globe as some parts of the movie were filmed in Morocco, Italy, and New York City.

Men in Black International will hit theaters on June 14th, 2019.