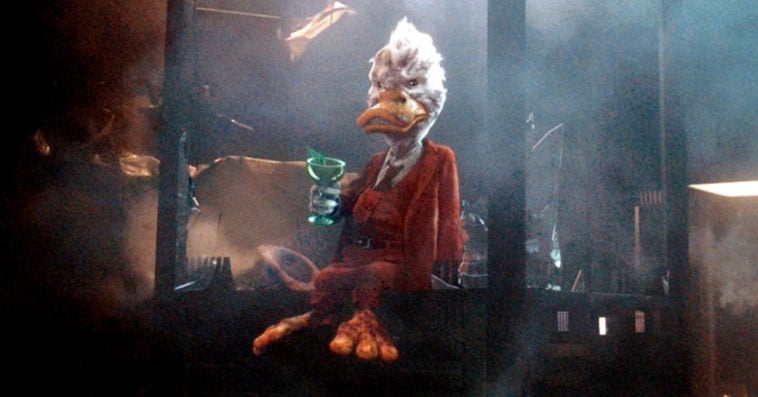 There were a few unexpected cameos in Avengers: Endgame, and the most surprising of them all was that of Howard the Duck. In the Marvel movie, Howard the Duck was teleported to Earth from the cold and icy planet of Contraxia along with the Ravagers to join the massive battle against Thanos. While the talking duck appeared perfectly on screen when he snuck through one of the portals out onto the battlefield, the cameo of the beloved character almost didn’t happen.

“So crazy story. Literally a month ago…it was probably just over a month ago, it was one of the last things we did,” filmmaker Joe Russo said of the fun cameo during last week’s live Q&A on Facebook with Comicbook.com. “We were sitting in VFX and I was watching that shot of everyone coming out of the portals and I was like ‘God, it would be so awesome to have a Howard the Duck cameo here.’”

“And I just said to the VFX team ‘Is there any way in hell you can pull this off?’” the director recalled. “We were literally like three days from ending all VFX shots and they looked at me and were like ‘We’ll see what we can do.’”

That VFX team was Weta Digital. Matt Aitken, visual effects supervisor at the company, recently confirmed to Comicbook.com that Howard the Duck was added to the film late in the process, so he and his team were happy to see the character ultimately make the cut.

Aitken said that they were “well underway” with the particular shot in question when they got the additional instruction from Marvel. “We were kind of close to finishing some of them, so it was a little bit of a scramble. But it wasn’t totally last minute,” Aitken said.

READ  What time will Wonder Woman 1984 be released on HBO Max?

“We said he had time to do it, and there was a nice little gap between a couple of the Ravagers that he would just drop right into,” the visual effects wiz continues. “It was nice that he wasn’t so obvious in the middle of the frame that everybody was going to see him straight away. It was a little bit of a nice little Easter egg that people would have to hunt out to a degree.”

Did you catch Howard the Duck’s cameo when you saw Avengers: Endgame? If not, you can re-watch the movie on Disney+ starting December 11th.

But if you want more Howard the Duck, then watch out for the release of the character’s very own animated show on Hulu.