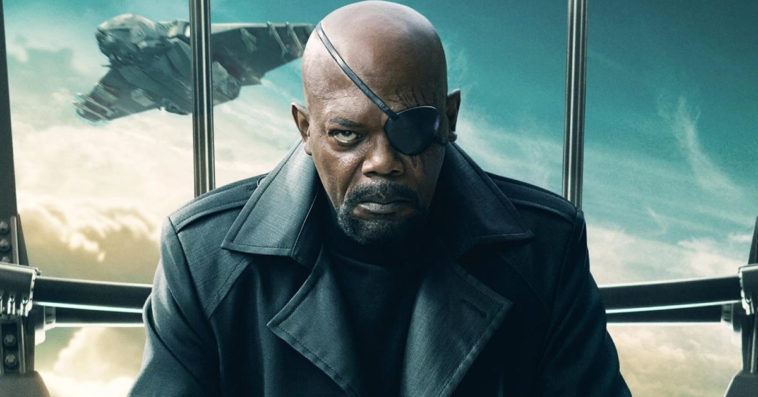 Ever since eagle-eyed fans noticed that Chris Evans is wearing an old Captain America costume in photos from the set of Avengers: Endgame, speculation has been rife that this year’s sequel to Avengers: Infinity War will involve some sort of time travel. While Marvel Studios has yet to confirm or deny this rumor, actor Samuel L. Jackson seemed to have backed up the popular fan theory in a newly released interview.

While talking to Entertainment Tonight about Captain Marvel’s abilities, Jackson implied that one particular skill of Brie Larson’s Carol Danvers is the key to undoing Thanos’ murderous finger snap. “She’s pretty much the strongest character — in terms of someone with powers are able to do things — in the Marvel Universe,” Jackson, who plays a young version of Nick Fury in Captain Marvel, said of the titular heroine. “And at some point, we’ll find out how powerful she is and all the things that she’s capable of. She’s one of the few people in the Marvel Universe that can time travel, so…”

If Jackson was telling the truth, then this piece of information is a major spoiler not only for Avengers: Endgame but also for the Captain Marvel movie itself, as the comic book version of Carol Danvers doesn’t have the ability to travel through time.

As fans know by now, Captain Marvel is set in the ‘90s, so Jackson’s revelation will also explain how Danvers can show up in the present day in Avengers: Endgame without actually looking like an old lady.

Even if the time travel theory is true, fans still have a lot to look forward to in Avengers: Endgame. For one, if Danvers would use her rumored time travel power to revive the fallen members of the Avengers, how exactly would she use it? Is she good at it? And most importantly, what are the consequences?

Captain Marvel opens in theaters on March 8th, while Avengers: Endgame is slated for an April 24th release.