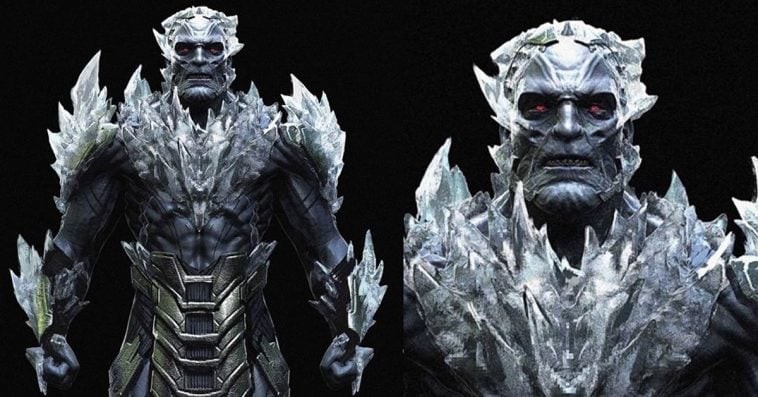 Frost Giants, the race of large humanoids with ice powers that were introduced as villains in the 2011 movie Thor, were considered to appear in this year’s Avengers: Endgame.

Concept artist Jerad Marantz recently revealed on Instagram that there were plans to bring back the Frost Giants in the final battle between Thanos (Josh Brolin) and the Earth’s Mightiest Heroes. In fact, Marantz himself was tasked to update the look of these characters for their then-potential appearance in the movie. As explained by Marantz on his post, he was exploring the idea of having the characters utilize their ice powers to generate their armor.

Here’s one for the cutting room floor. Here are some new takes on the Frost Giants that I did for #avengersendgame. In the final battle, They were considering bringing these guys back. In this concept I am exploring the idea of having them utilize their ice power to generate armor. #frostgiants #avengers #mcu #marvel #marvelcinematicuniverse #loki #ice #conceptart #zbrush #keyshot #design #charaterdesign

However, despite Marantz’s amazing concept art for the Frost Giants, the characters didn’t make the cut of the movie.

In the Marvel Cinematic Universe, Frost Giants, aka the Jotuns, were once a war-faring race under the leadership of Laufey (Colm Feore), Loki’s (Tom Hiddleston) biological father. They led numerous attacks on the people of Earth until the Asgardians opposed them. After they were defeated and forced back to their home in Jotunheim, the King of Asgard, Odin (Anthony Hopkins), granted them mercy. But he confiscated the source of their power, the Casket of Ancient Winters, and also took with him the abandoned Jotun baby Loki, who grew up as his son.

After several centuries, Loki found out the truth of about his parentage and tricked Laufey into killing Odin. As part of Loki’s plan to curry favor with Odin, Laufey was double-crossed and ultimately killed. As if killing his own father wasn’t enough, Loki attempted to annihilate the Jotuns by destroying their realm, but his plan was foiled when his brother Thor (Chris Hemsworth) intervened. While a lot of Jotuns were killed in the incident, the race as a whole was spared.

Given their rough history with Thor and his brother Loki, the Frost Giants probably don’t care much about the Avengers. But since it’s assumed that their race was also impacted by Thanos’ infamous snap, they could have actually been allies of the heroes in Avengers: Endgame.

Though the Frost Giants didn’t end up appearing in Avengers: Endgame, it won’t be surprising if they would be part of the upcoming Disney+ series Loki and the movie Thor: Love and Thunder, which are both slated to be released in 2021.