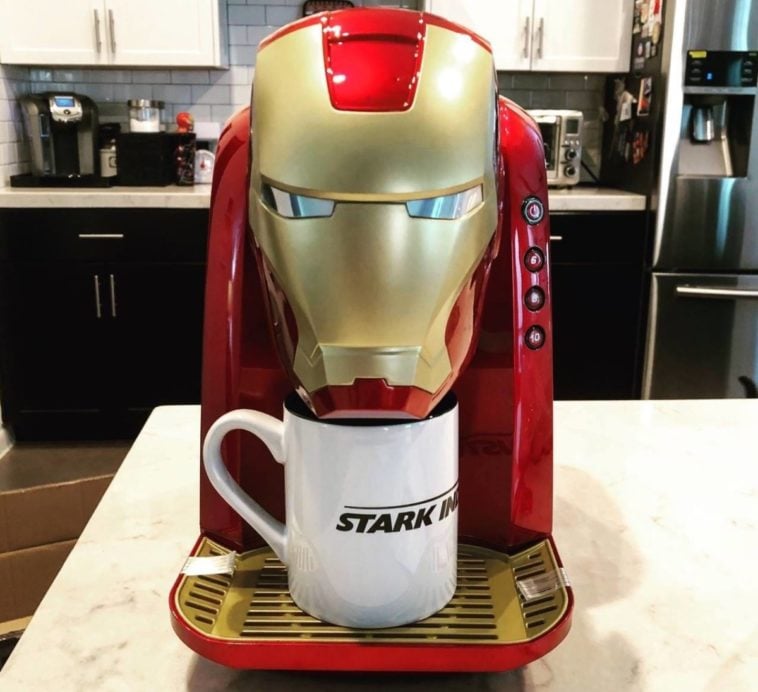 Unfortunately, we can’t all be billionaires like Tony Stark, but there’s certainly nothing stopping us from owning the same Iron Man-themed coffee maker that he (probably) owns. 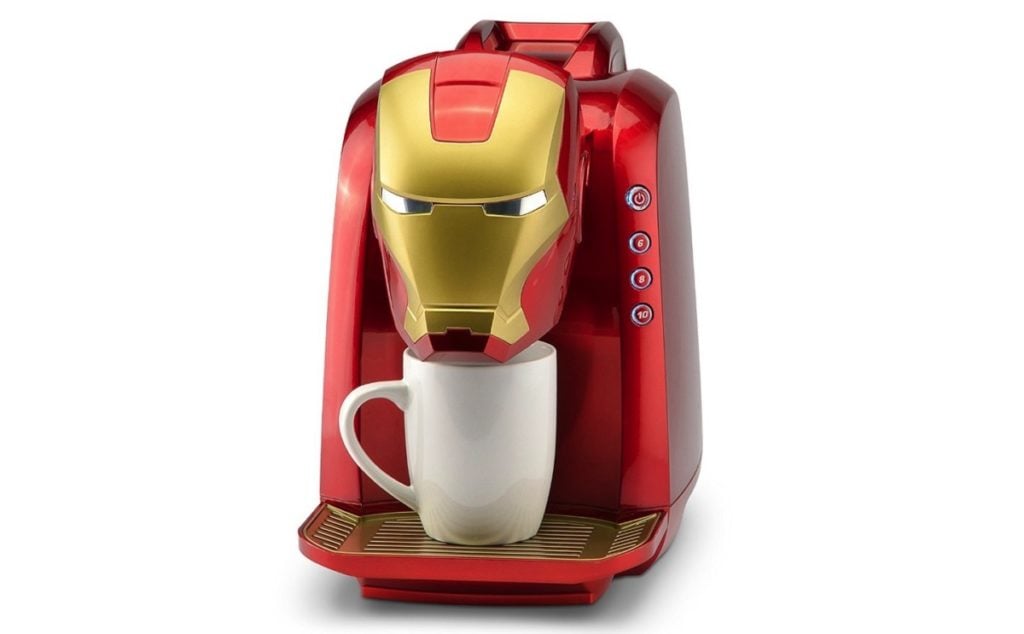 In a word, this coffee maker is… super.

According to the manufacturer, the Iron Man-themed coffee maker features a 40oz water tank and can brew 6, 8, or 10oz serving. What’s more, in addition to brewing your favorite Keurig flavors, this pot can also be used to brew ground coffee too!

Never too early to start the holiday wish list.

Reviewers who own this coffee machine often remark that the java it makes is as tasty (or according to some, better tasting) than the Keurig machines they used to use. And going further, this Iron Man coffee maker will pair perfectly with Amazon’s new smart plug – an Alexa-powered plug that makes coffee makers, microwaves, juicers, and other kitchen appliances voice-controlled.

The coffee maker retails for $130.