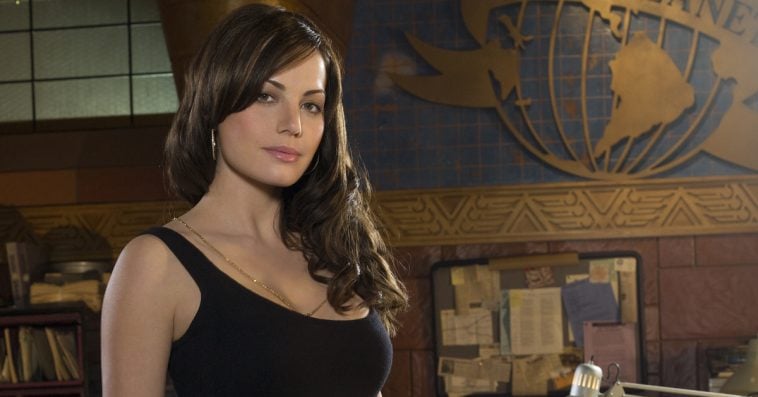 Durance will guest star as Lois Lane in the five-part Arrowverse TV event, alongside her Smallville co-star Tom Welling, who will appear as Clark Kent, aka Superman.

As mentioned with Welling’s casting announcement last week, the crossover will reveal what happened to Clark and Lois almost ten years after the conclusion of Smallville.

Durance happily shared her involvement in the crossover on social media. Captioning one of her Instagram posts with “It’s a party,” the actress seemed to suggest that the crossover is going to be the biggest TV event in the upcoming season.

Though the crossover will be the first on-screen reunion for Welling and Durance since Smallville ended its 10-season run in 2011, the latter is not a newbie to the Arrowverse. Durance recurred in Season 3 of Supergirl as Kara’s birth mother Alura Zor-El. Durance took over the role from Laura Benanti, who left the series after its sophomore run.

In addition to Smallville and Supergirl, Durance also starred as the lead character in the Canadian supernatural medical drama Saving Hope, which ran for five seasons. Her other TV acting credits include Harry’s Law, Charlie’s Angels, Andromeda, Stargate SG-1, and many others.