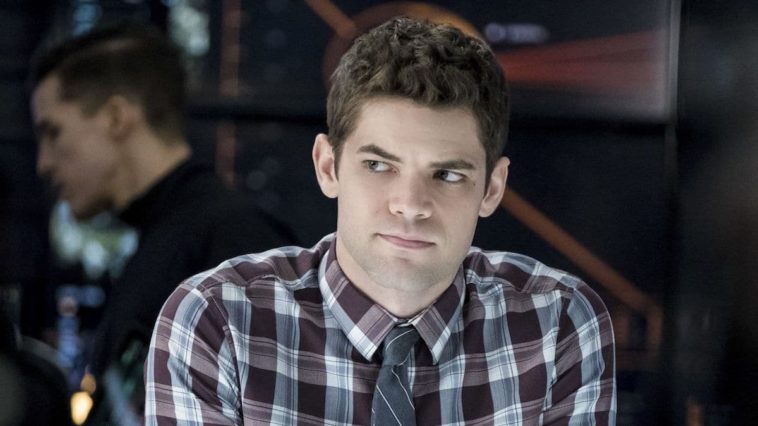 Broadway star Jeremy Jordan is making a long-awaited return to Supergirl’s upcoming fifth season. Jordan, who departed the CW superhero series after Season 3, will be returning as tech wiz Winn Schott in the second half of the upcoming season, according to an exclusive report by Entertainment Tonight.

It was anxiety-inducing for Supergirl fans to watch one of their favorite characters leave the series, but Jordan will be reuniting with other cast members of the show such as Melissa Benoist, Mehcad Brooks, and Chyler Leigh. Jordan confirmed his return in an Instagram post on Thursday.

Turns out Winn didn't go 1000 years into the future, just to season 5! ? So happy to come back and play with my friendsssssss!! @supergirlcw

In Supergirl’s Season 3 finale, which aired on June 18, 2018, Jeremy Jordan’s character was seen leaving National City with Mon-El (played by Christopher Wood) to travel 1,000 years into the future to join the Legion of Super-Heroes. At the time of Jordan’s departure last year, fans believed that the actor would become a recurring guest star in Season 4, but it never really happened.

The 34-year-old actor is reportedly expected to return to Supergirl in only three episodes, though the context in which he comes back is kept under wraps, with fans wondering how Winn’s return would blend with the show after the Season 5’s big DC crossover event.

Contrary to popular belief, Jordan didn’t leave the show after Season 3 due to a falling out with other cast members. The Broadway star explained in an Instagram post when the news broke in June 2018 that he would be beginning “a new chapter” in his life.

Ever since his departure from Supergirl, Jeremy Jordan went on to star in Broadway’s American Son and Waitress. The actor is currently starring in Spinning Gold, a biopic in which he portrays American record executive Neil E. Bogart.

Supergirl’s creative team had previously teased Jordan’s return to the CW drama last fall and then again in January when the actor wrapped his Broadway show, American Son. It looks like Jordan didn’t wash his hands of Supergirl when he announced “a new chapter” in his life after Season 3.

In other Supergirl news, Andrea Brooks has recently been promoted to a series regular. It was also reported by GeekSpin that Supergirl actress Melissa Benoist is going to get a costume update in the upcoming Season 5. Supergirl’s new skirtless costume is saying goodbye to the character’s iconic red skirt to be more in line with the costumes of other Arrowverse superheroes like Arrow, The Flash, and White Canary.