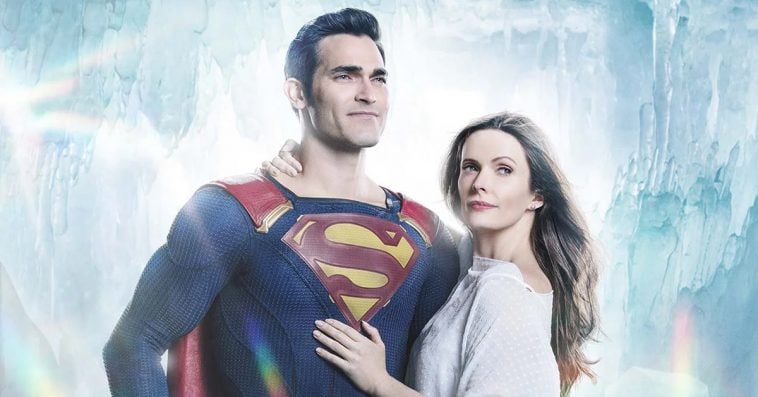 The CW is looking to add another Kryptonian to its program lineup with a brand new series focusing on Superman and Lois Lane.

Titled Superman & Lois, the project is currently in development at the network and will follow “the world’s most famous Super Hero and comic books’ most famous journalist” as they “deal with all the stress, pressures and complexities that come with being working parents in today’s society.”

Tyler Hoechlin will play Superman, aka Clark Kent, while Elizabeth Tulloch will portray Lois. Hoechlin originated the role of Arrowverse’s Man of Steel on Supergirl, where he has recurred since his debut appearance in the first episode of Season 2. Tulloch, meanwhile, made her first Arrowverse appearance as Lois in last year’s Elseworlds crossover event.

At the end of Elseworlds, Clark and Lois revealed that they’re expecting their first child. And since this child will play a key role in the upcoming series, whatever might happen during the upcoming Crisis on Infinite Earths crossover, fans can expect that the baby will get through it okay. The series announcement also put an end to fan speculation that Clark might sacrifice his life to save his cousin Kara during the crisis.

Superman & Lois will be written by former The Flash showrunner Todd Helbing, who will also executive produce alongside Greg Berlanti, Sarah Schechter, and Geoff Johns.

Shortly after the news broke, both Hoechlin and Tullock took to Instagram to reveal how excited they are to be working together on the series. The pair also gave thanks to Warner Bros., DC, The CW, and other parties that made the project possible. Check out their posts below:

I could not be more grateful for the opportunity to tell this story, that for now shall remain a secret. But I’ve been blessed with nothing less than the most wonderful people to do it alongside of. I couldn’t ask for a better partner than @BitsieTulloch in all of this. I’ve already learned so much from her and I know that won’t stop anytime soon. So thank you @gberlanti and everyone else who brought her in as our Lois Lane. All the people behind the scenes care so much about these characters and their lives and the parts to which we’ll be speaking about, it gives me great comfort to know that they’ll steer us in the right direction. Thank you to everyone that said “yes” to this project (Warner Brothers, DC, CW). We won’t let you down. It’s going to be a grand adventure. Can’t wait to get to work! P.S. I had no idea this picture existed when someone grabbed the shot of Bitsie and I on the monitor, and I just noticed today the resemblance of my expression to that of Mr. Reeves. Had to share. Hope we make something he would be proud of. Up, up!

@tylerhoechlin and I are so happy that we can finally talk about this project!!! I am so excited (thank you @warnerbrostv, @dccomics, @thecw, @gberlanti et al). Our incredible showrunner Todd Helbing is writing SUCH a riveting, unique, and poignant story for us. And I couldn’t ask for a better or more fun partner than Tyler ? Also, in the interest of reiterating how much I LOVE playing #LoisLane, I’m reposting part of the blurb I wrote when I was first cast a year ago: Excuse me while I fangirl for a moment: When I started acting, one of my teachers asked me to watch the screen tests for the role of Lois Lane for 1978’s Superman. All of the actresses were terrific, but it was always clear to me why Margot Kidder won the role: she seemed lit from within, full of joie de vivre. Now, at a time when the noble profession of journalism feels under siege, it’s a privilege to join the club of actresses who have played the dogged reporter. As far back as 1938 when she first appeared in Action Comics #1, Lois Lane has defied and subverted society’s expectations of how women should behave. She was portrayed as opinionated, inquisitive, and an unapologetically badass career woman at a time when many representations of women leaned more towards meek and demure. One of the reasons the character has remained so compelling for the last 80 years is that she has all these formidable, strong-willed qualities, but she’s also vulnerable, romantic, and feminine. A truly modern woman. ❤️

Crisis on Infinite Earths will kick off on Sunday, December 8th with an episode of Supergirl. It will then continue on Monday of the following week with an episode of Batwoman and the day after that with an episode of The Flash. After a month-long holiday break, the TV event will conclude on January 14th, 2020 with back-to-back episodes of Arrow and Legends of Tomorrow.