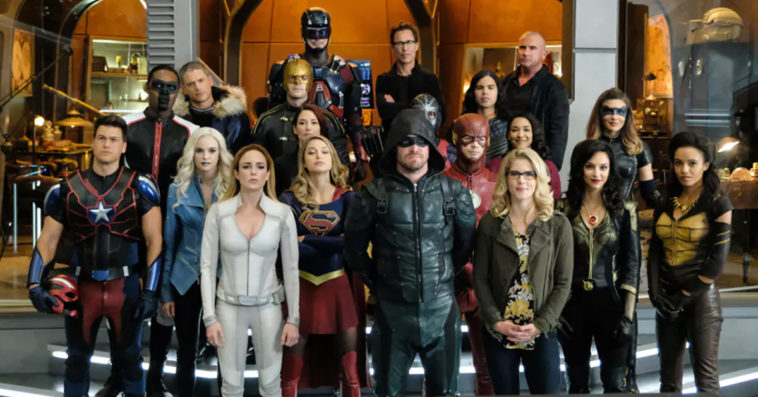 A new superhero series based on DC Comics might be joining The CW’s Arrowverse next TV season.

During the network’s presentation at the Television Critics Association press tour on Sunday, The CW president Mark Pedowitz suggested that he is open to continuing the story of Arrow with a new spinoff. “Nothing is ever 100 percent done. You learn that over time,” Pedotwitz told reporters.

When asked if fans could see an Arrow spinoff set in the future, which would build off of the flash-forwards already in place on the series, the network brass said that “there’s a possibility” but they haven’t had any discussion yet about what that particular storyline will do as they plot the next generation of DC shows.

While a future-set Arrow spinoff is not set in stone yet, Pedotwitz revealed that “there is another property” they are considering adapting for the 2020-2021 TV season.

Though the network head declined to name the DC Comics property they are looking at, he did confirm that the potential series would be immediately set in the Arrowverse unlike Black Lightning, which will have aired for two-plus seasons before officially joining the fold via the five-part Crisis on Infinite Earths crossover airing late this fall.

Since Batwoman made her Arrowverse debut during last year’s Elseworlds crossover event before getting her own TV series, the lead character of the potential new series might also be introduced in the highly anticipated Crisis on Infinite Earths crossover, which is an adaptation of Marv Wolfman and George Perez’s 1985 comic book story of the same name.

Since launching in 2012 with Arrow, The CW’s Arrowverse has expanded with The Flash, Supergirl, Legends of Tomorrow, and Batwoman. Animated series Vixen and Freedom Fighters: The Ray are also part of the network’s DC TV universe.