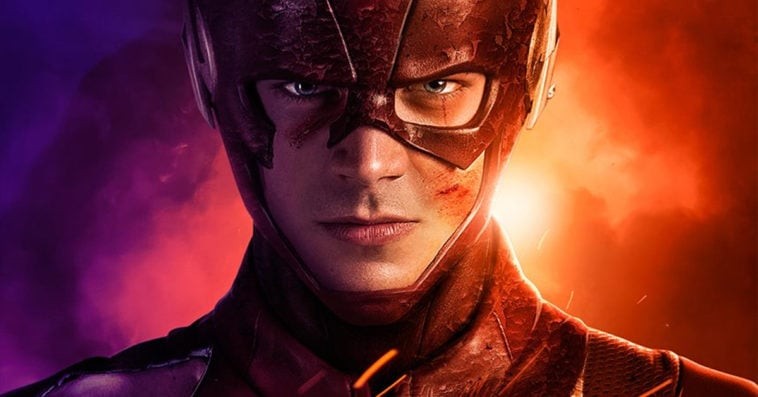 Grant Gustin caused a little trouble when he triggered the smoke alarm while vaping inside a plane’s bathroom.

According to TMZ, Gustin, who plays the title role on The CW’s The Flash, was flying first class on Compass Airlines Flight 6006 from Los Angeles to Vancouver last Sunday night when he set off the plane’s smoke alarm with a vape pen. Minutes after the plane took off, Gustin reportedly went straight into the bathroom where he allegedly used his vape pen.

Witnesses told the news outlet that smoke started to come out from under the door soon after the actor entered the toilet. The onlookers added that the smoke was so intense that it seeped into the cockpit, forcing both the captain and the co-pilot to wear oxygen masks.

When confronted by flight attendants, Gustin unreluctantly surrendered his vape pen and explained that he had been vaping to relax. Despite the incident, the flight continued as scheduled, and the actor was met by authorities when the plane arrived in Vancouver. Luckily for the Glee alum, Gustin was let go with just a warning.

Without naming Gustin, a representative for Compass Airlines confirmed to People that the plane of Flight 6006 “experienced a smoke indicator from the forward lavatory while in flight. A vaping pen was confiscated from a cooperative passenger. The flight landed safely in Vancouver, without delay.”

While vaping is prohibited on planes, the Transportation Security Administration allows passengers to carry electronic cigarettes and other vaping devices in their carry-on bags as long as they do not use them. The Federal Aviation Administration has banned these devices from checked bags.