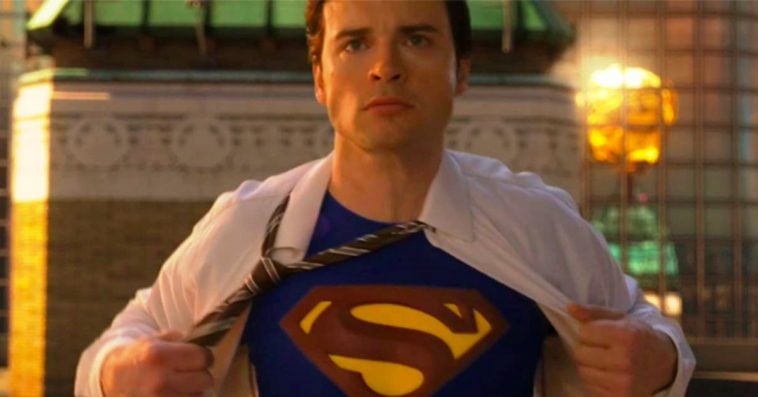 Tom Welling played Clark Kent for 10 seasons of Smallville without suiting up as Superman. Though the series finale included a few scenes in which Welling was seen sporting the upper-half of the iconic Man of Steel costume underneath a shirt, fans never really had a close-up look at the actor wearing nothing but the Kryptonian suit. So after The CW announced last week that Welling is reprising his Smallville role in the upcoming Crisis on Infinite Earths crossover, digital artist spdrmnkyxxiii was inspired to make an artwork that depicts how the actor could look like in a Superman suit in the Arrowverse TV event.

spdrmnkyxxiii’s fan art looks so good that it has earned praises from his fellow artists. One even commented that his incredible drawing skills make the rest of them look like amateurs. While the artwork is striking as a whole, a lot of his followers are particularly amazed by how spdrmnkyxxiii achieved the texture of Welling’s Superman suit.

Though it’s not clear whether Welling will suit up as Superman or will just appear as the superhero’s alter ego Clark in Crisis on Infinite Earths, the network revealed that the five-part TV special will reveal what happened to the fan-favorite character nearly ten years after the conclusion of Smallville. Fans will also get an update on Lois Lane’s life, as Welling’s Smalliville co-star Erica Durance was also confirmed to appear in the crossover.

News that Welling is making an appearance in Crisis on Infinite Earths brought the number of Superman characters in the crossover to three. As previously reported, Tyler Hoechlin will reprise his role as Supergirl’s Superman, while Legends of Tomorrow star Brandon Routh — who famously played the titular role in 2006’s Superman Returns — will appear as another version of the Man of Steel wearing a costume inspired by Alex Ross’ Kingdom Come design.