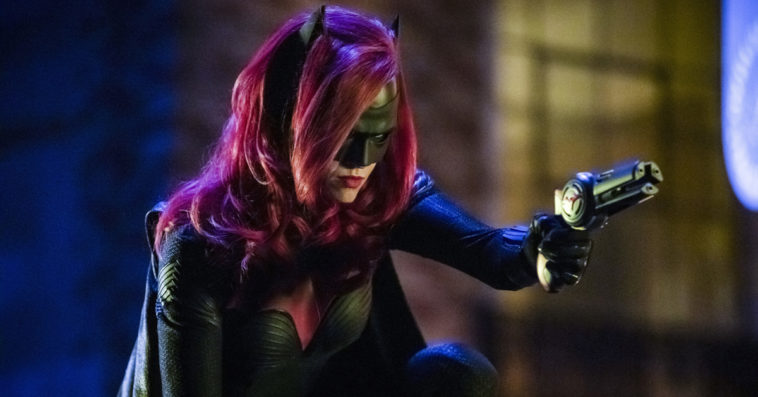 The CW has dropped the official trailer for the TV series Batwoman. While packed with action scenes, the three-minute clip is also exposition-heavy, primarily revealing how Kate Kane (Ruby Rose) ends up following the footsteps of his vigilante cousin Bruce Wayne.

The trailer opens with the introduction of The Crows, a private security firm founded in an attempt to protect the city of Gotham better than Batman. It is managed by Kate’s father, Jacob Kane (Dougray Scott), who happens to disdain vigilantes.

The clip then cuts to an event outside Gotham’s city hall, where Jacob’s second wife and Kate’s wealthy socialite stepmother, Catherine Hamilton-Kane (Elizabeth Anweis), is speaking to the public, seemingly convincing them to put their trust in The Crows, especially now that Batman has given up on the city and is no longer coming back.

The gathering is interrupted by the Wonderland Gang, led by a woman named Alice (Rachel Skarsten). The Harley Quinn-like villain appears on one of the screens in front of the crowd and kills a man. “Shall we believe The Crows will protect us?” Alice asks the audience before giving a sarcastic laugh.

While the attention of most people at the event is on Alice, a member of the Wonderland Gang manages to abduct Sophie Moore (Meagan Tandy), a high-level private security agent at The Crows. Sophie and Kate had a romantic relationship during their military school days, so when the latter finds out from her stepsister, Mary Hamilton (Nicole Kang), that Sophie has been kidnapped, Kate rushes back to Gotham to help save her.

But Jacob wants Kate to stay out of it. “You’re the only one I’ve got Kate and I don’t want to lose you too,” says Jacob whose first wife and another daughter were killed in the crossfire of Gotham crime several years back. Since Kate isn’t someone who will just sit around and wait, she attempts to save Sophie on her own but fails big time.

Kate is then seen entering Wanye Enterprises, where she meets Luke Fox (Camrus Johnson), the guardian of all things Batman in the Dark Knight’s absence. Despite Luke’s several attempts to stop Kate from roaming around the building, Kate finds her way to Bruce’s Batcave and gets a close-up look at her cousin’s vigilante costume.

“I need you to fix his suit,” Kate tells Luke.

“It will be … when it fits a woman,” Kate replies.

In a recent interview with TVLine, Rose confirmed that Batwoman will begin before the events of Elseworlds, last December’s Arrowverse crossover where she made her debut appearance as the DC character.

“It’s set way before [Elseworlds],” Rose said. “I mean, not ‘way before,’ that makes me sound like I’m playing a 9 year old. It’s set before that. You have to find out how she came to be before we find out about all of those things.”

Batwoman will premiere on The CW this fall, airing Sundays on the network.