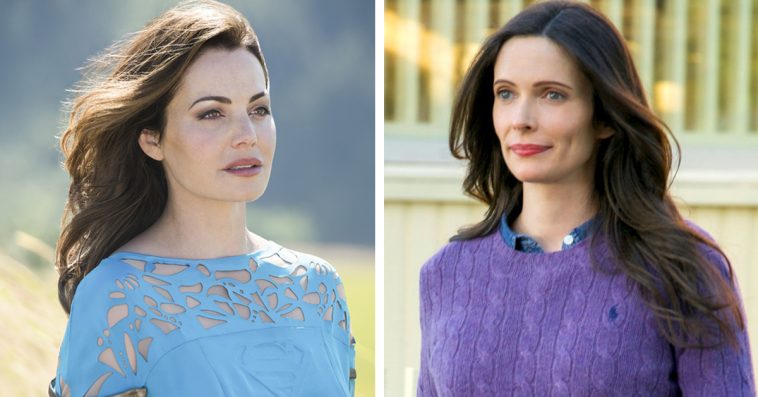 The highly anticipated Arrowverse crossover Crisis on Infinite Earths is going to feature two Lois Lanes: Erica Durance’s version from the beloved series Smallville and the character’s Earth-38 incarnation played by Elizabeth Tulloch in last year’s Elseworlds TV event. While it’s not clear how the two Lois Lanes will come together in the upcoming crossover, a couple of Instagram posts have somehow confirmed that the two versions of Superman’s lover will share the screen together.

On Tuesday, Durance shared a lovely behind-the-scenes photo of her and Tulloch from the set of Crisis on Infinite Earths. “Had so much fun with this Gal last week. What a badass,” Durance wrote in the caption, suggesting that they worked on at least one scene together in the crossover.

Tulloch also posted the same photo on Instagram with the caption: “The New Adventures of Lois and Lois.”

Though the crossover will mark the first time Durance will reprise her Smallville role on The CW’s Arrowverse, the Canadian actress has actually been part of the DC TV universe since 2017. As fans know, Durance recurred in Season 3 of Supergirl as Kara’s (Melissa Benoist) birth mother Alura Zor-El. She took over the role from Laura Benanti, who left the series after its sophomore run.

Meanwhile, as previously mentioned, Tulloch’s debuted her version of Lois Lane in last year’s Elseworlds crossover, appearing in The Flash and Supergirl installments of the three-part TV event.