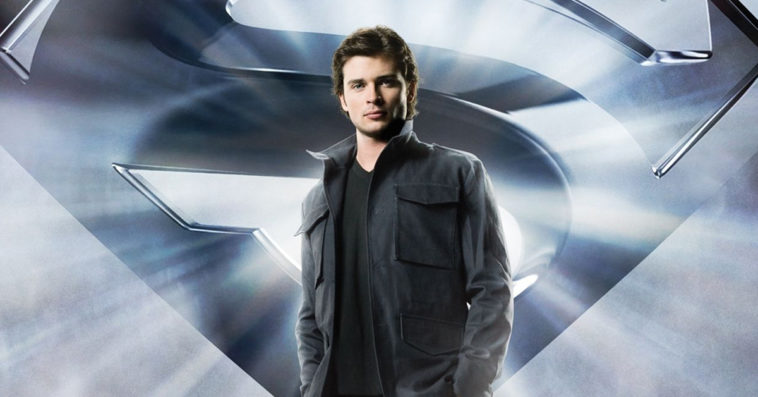 The CW has just made the biggest announcement about its much-awaited Crisis on Infinite Earths TV event.

On Thursday, the network revealed that Tom Welling will be reprising his Smallville role as Clark Kent, aka Superman, in the five-part Arrowverse crossover that will bring characters from Arrow, The Flash, Supergirl, Legends of Tomorrow, Batwoman, and even Black Lightning together.

Details are scarce about how Welling’s Clark figures into the crossover, but The CW said that the mash-up event will reveal what happened to the character almost ten years after the conclusion of Smallville. For 10 seasons, Welling played Superman without wearing the superhero’s iconic costume. But in the finale, the Kryptonian finally donned his superhero suit and took a flight to defeat Darkseid and his Apokolips minions. It’s unclear, however, whether Welling will suit up as Superman in the crossover or will just appear as his alter ego Clark.

The casting announcement brought the number of Superman characters in the crossover to three. As previously reported, Tyler Hoechlin will reprise his role as Supergirl’s Superman in the crossover, while Legends of Tomorrow star Brandon Routh — who famously played the titular role in 2006’s Superman Returns — will appear as another version of the Man of Steel wearing a costume inspired by Alex Ross’ Kingdom Come design.

Since Hoechlin and Routh are already members of the Arrowverse, making them play Superman was easy. But convincing Welling to reprise his Smallville role was a little hard, most especially because the actor had been reluctant to revisit the character in the past.

“For eight years, Arrow has stood on the shoulders of Smallville. Simply put, there would be no Arrow, and no Arrowverse, without it,” said Arrow co-creator executive producer Marc Guggenheim in a statement. “So when we first started talking about Crisis on Infinite Earths, our first, second and third priorities were getting Tom to reprise his iconic role as Clark Kent. To say that we’re thrilled would be a Superman-sized understatement.”

Though Welling himself has yet to comment on the news on social media, Arrow star Stephen Amell has tweeted out that Welling’s appearance in the crossover makes total sense.

There’d be no crossover without Tom Welling. So Tom Welling is in the crossover. pic.twitter.com/9HqffyYUDh

While Amell had a pretty chill reaction to Welling’s casting, a lot of DC fans on Twitter unsurprisingly went wild upon hearing the news:

This is awesome! The CW has me really excited for their shows this season with all of their recent announcements. Welling was my first introduction to Superman and to this day I love his portrayal. I can’t wait for the crossover ? pic.twitter.com/KLFVwj5WW0

Tom Welling was always my favorite actor to play Superman to see him on screen as Superman again would be awesome pic.twitter.com/UBAUwxMiYr

First Brandon Routh’s Superman.. then Kevin Conroy as Bruce Wayne in flesh and blood !! THEN THIS.. my hype for this crossover is.. i don’t have words.. this is sick !!?

OMG!!!!!!!
Now I have until December to catch up on both Smallville and the Arrowverse

So that’s @BrandonJRouth @tylerhoechlin and Tom Welling as supes?? awesome!