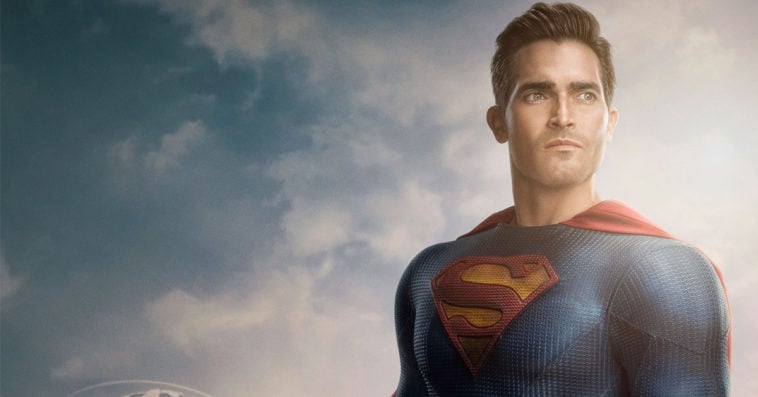 Tyler Hoechlin will be rocking a new superhero suit when The CW’s Superman & Lois premieres next year.

On Wednesday, the network released a first-look photo of Hoechlin wearing his new Man of Steel costume. While the actor’s first Arrowverse suit looks amazing, the new one has finer details and boasts an overall edgier appearance.

The new Superman suit was designed by Laura Jean Shannon and was built by her Los Angeles-based Supersuits team in conjunction with Creative Character Engineering. According to The CW, Hoechlin’s new costume “has a classic, timeless vibe that both harkens back to the Superman we all grew up with while grounding him and elevating the suit in a modern arena with updated techniques and applications.”

Unlike Hoechlin’s first Superman costume that features a square neckline, the new one has a crew neckline, where the superhero’s iconic red cape is also attached. “We … focused on a new neckline and cape to maximize the billowing and movement we all love to see in the books and films that have defined this character for generations,” said Shannon in a statement.

Though not seen in the photo, Shannon said the new costume includes a pair of athletic-inspired Super-Boots.

Hoechlin said the new suit is “representative” of Superman & Lois. “Just as this suit is unique and set apart from the ones that preceded it, the story we’re telling about Clark/Superman at this point in his life is unique and something we’ve never seen before,” explains the actor, who will star alongside Elizabeth Tulloch (Lois) in the latest Arrowverse series.

The actor continued: “I come from the world of baseball and a line of coaches that always preached that the name on the front of the jersey is more important than the one on the back. Because when you wear that jersey, it represents not only you, but your entire team, and everyone that has ever worn that jersey that came before you. So when I wear the suit, that’s what it means to me. It represents everything that Superman stands for and has stood for, for almost a century now. And I look forward to carrying on that tradition.”