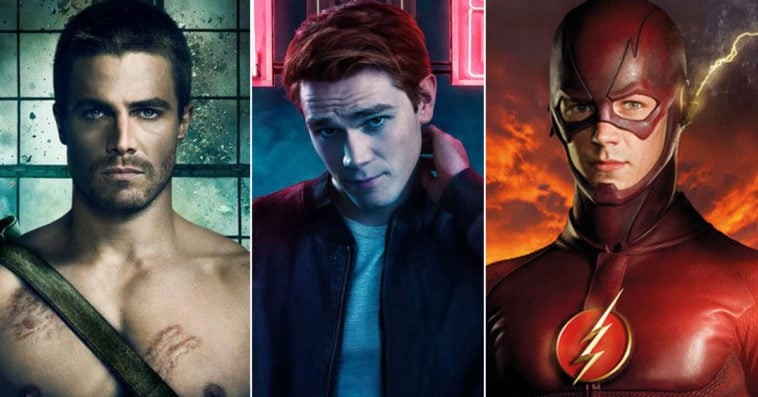 The CW has set the fall premiere dates for its 2 new shows and 10 returning series for the 2019-20 TV season.

New superhero drama Batwoman will debut on Sunday, October 6th at 8 p.m., followed by the season 5 premiere of Supergirl at 9 p.m.

The CW has set fall premiere dates for its new and returning series. https://t.co/9E5uol9s9u

Sports drama All American will move to a new night for its sophomore run, which will start on Monday, October 7th at 8 p.m. At 9 p.m. of the same night, an encore of the pilot episode of Batwoman will air.

The Flash will return for its sixth season on Tuesday, October 8th at 8 p.m., followed by a second encore presentation of the series premiere of Batwoman.

On Wednesday, October 9th, the season 4 premiere of Riverdale will lead into the debut episode of the new mystery drama Nancy Drew, which stars Kennedy McCann as the titular sleuth. Riverdale will air at 8 p.m., followed by Nancy Drew at 9 p.m.

Supernatural will start to bid farewell with its fifteenth and final season, premiering on Thursday, October 10th at 8 p.m. Season 2 of Legacies will follow right after at 9 p.m. on the same night.

Former Sunday show Charmed will move to a new day for its sophomore run, which will premiere on Friday, October 11th at 8 p.m. The season 2 opener of the fantasy drama series will be followed by the season 3 premiere of Dynasty at 9 p.m.

An encore of the Nancy Drew series premiere will air on Monday, October 14th at 9 p.m., following a new episode of All American at 8 p.m.

The eighth and final season of Arrow will begin on Tuesday, October 15th at 9 p.m. after a new episode of The Flash.

The CW will finish its fall premieres on Monday, October 21, with the season 3 premiere of Black Lightning, which will air at 9 p.m. after a new episode of All American.

But before any of these shows air, the network will first exclusively broadcast the iHeartradio Music Festival on October 2nd to 3rd at 8-10 p.m. on both days.