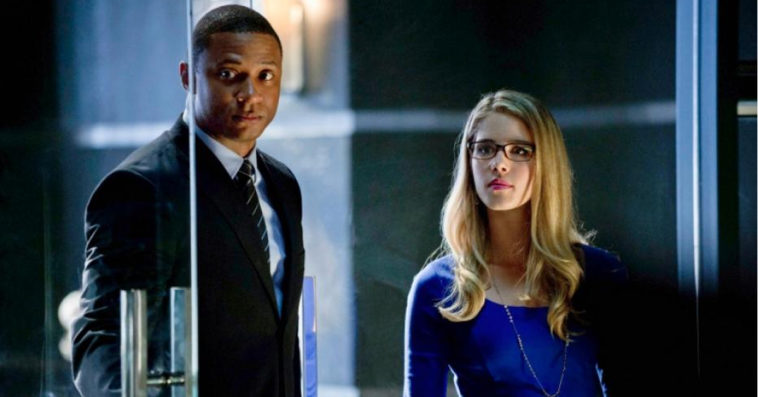 David Ramsey thinks that Emily Bett Rickards’ absence in the eighth and final season of Arrow will make the CW series a slightly different show.

Rickards made her first appearance as Felicity Smoak in Season 1, episode 3 of Arrow. That one-off guest spot was so well-received by fans that she got promoted to a recurring cast member for the remainder of the show’s freshman run. Rickards then became one of the series regulars starting Season 2 until she finally said goodbye to the show at the end of the seventh season earlier this month.

With Rickards’ departure from the series, fans of the actress aren’t exactly looking forward to the show’s Season 8, and it turns out that neither is Ramsey.

“We go back and Emily’s not a part of it. That’s a big thing,” Ramsey, who portrays John Diggle on the show, told Digital Spy. “Y’know, no one really wants to do that show.”

But after hearing the producers’ plans for Season 8, Ramsey realized that it’s worth returning for the show’s final run. “Stephen [Amell] and I both had conversations with the producers, telling us exactly what they want to do with the next season and it really is… it’s exciting,” Ramsey explained. “I don’t know how they’re gonna do it, but whatever you think could happen, it’s probably something else.”

When asked if Arrow would feel like a different show when it returns in the fall, Ramsey answered: “To some degree.”

Aside from Rickards not being part of Season 8, the final season will also have smaller episode count — something that Ramsey thinks will be a little bit of a challenge when it comes to pacing out the show.

“For the past seven seasons we’ve been doing 22-23 episodes, so that’s another muscle, just in terms of the pacing of one episode, because now you have just 10 [episodes] to tell this story that was normally told in twice as many episodes,” he explained.

Meanwhile, Arrow’s Season 7 finale implied that the show’s titular character, Oliver (Amell), is going to die during next season’s Crisis on Infinite Earths crossover event. But will his trusted ally Diggle have the same fate?

When asked if he’s character will get a happy ending or will go out in a blaze of glory, Ramsey replied: “I know some of the answer to that, based on what I know about what happens ultimately to John Diggle, so I would say that it’s both.”