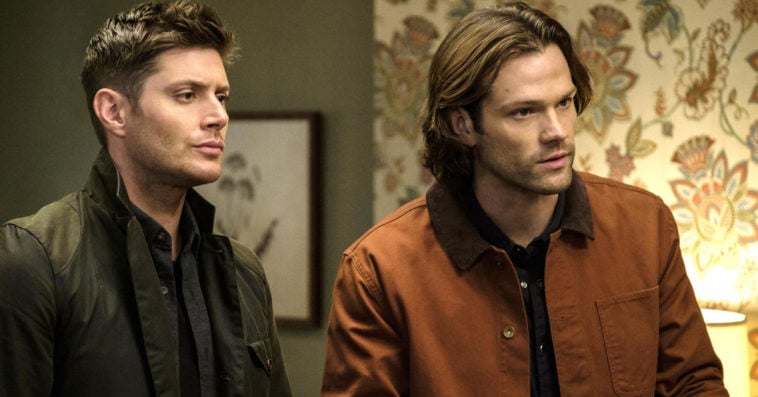 Prepare to say goodbye to the Winchester brothers.

“We have some big news that we wanted y’all to hear from us,” Padalecki says at the start of the video with Ackles dropping the big news: “We just told the crew that though we’re very, very excited about moving into our 15th season, it will be our last… We wanted you to hear from us that though we’re excited about next year, it will be the finale, the big grand finale of an institution.”

Collins chimed in, saying, “This family is not going anywhere even though this show will come to an end.”

In an attempt to end the video announcement on a positive note, Ackles shared some words from the show creator Eric Kripke: “In a show about family, it is amazing and it is the pride of his life that it became family, so thank you guys.”

It’s been a hell of a run, and we couldn’t be more grateful for all of it. No matter what, we’ll always all be #SPNFamily. pic.twitter.com/VMods3bV4V

Well, it’s official. One more round for the Winchester brothers. Though nothing ever really ends in Supernatural…does it? ? https://t.co/zaZHJX4H9L

Dear #spnfamily , Season 1 @jensenackles and I want you to know that next season, SEASON 15, will be the last season of #supernatural. I am so incredibly grateful for the family that we’ve all built together. I love y’all and am more appreciative of y’all than my meager vocabulary could hope to describe. I’m also typing through tears. So, please forgive me. ‘Til next time. #WinchestersNeverDie

Showrunners Robert Singer and Andrew Dabb also released a joint statement acknowledging the bittersweet announcement. “Firstly, we would like to thank all the people who have been involved with the show both in front of and behind the camera,” the pair said. “For us, it has been an experience of a lifetime. The support we have had from both Warner Bros Television and The CW has been incredible. We’d like to give special thanks to Jensen, Jared, and Misha for making this journey so special. It is now most important to us to give these characters that we love the send off they deserve.”

Meanwhile, Kripke and former showrunner Sera Gamble took to Twitter to share their reactions to the news.

#SPNFamily please remember: shows end. But family is forever. That never changes & that's what you've created here. All my love & thanks to the cast & crew & most of all you, the family. #spn @cw_spn@jarpad @JensenAckles @mishacollins @andrewdabb @serathegamble @ben_edlund https://t.co/LlExnMCDLD

Proud to be a small part of the long, illustrious life of this lil horror show that grew into a true epic tale. I learned so much writing for these powerhouse actors alongside @therealKripke and the whole incredible team. Thank you for having me, Eric. xo #SPNFamily https://t.co/wIfPScb7JW

CW President Mark Pedowitz has repeatedly said at the Television Critics Association press tour that if the ratings held up, Supernatural would go on as long as Ackles and Padalecki wanted to do it. Since the show’s current season is averaging 1.5 million total viewers and just over a 0.4 demo rating, ranking second in both measures among all 13 CW dramas just behind The Flash, it’s safe to assume that the decision to end the series was more likely made by the two lead stars.

With its final season consisting of 20 episodes, Supernatural will have aired 327 episodes when it concludes in the 2019-2020 broadcast season, making it as longest-running sci-fi/genre series in the history of American broadcast television.