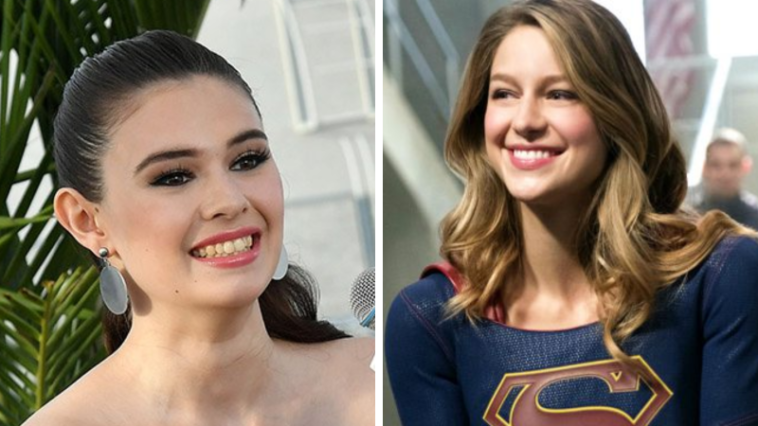 Ballroom 20 was packed with Comic-Con goers when The CW Network made history on Saturday with the introduction of TV’s first openly transgender superhero.

“I wish there was a trans superhero when I was little,” said 20-year-old Nicole Maines as tear-jerking emotion swept over the audience. Just moments prior, they all witnessed ‘Supergirl’ become the first show ever to incorporate a trans superhero played by a transgender actress.

Real-life transgender activist turned actress Nicole Maines is going to play the role of Nia Nal, a CatCo reporter who’s also a crime-fighting superhero called Dreamer. According to reports, Dreamer is touted as a soulful transwoman with a ferocious motivation to defend others from hatred and discrimination. And considering Maines’ past, there’s probably no one better suited to play such as role.

In 2014, Nicole and her family made history after successfully suing her school district for discrimination. In a monumental decision, The Maine Supreme Judicial Court ruled that Nicole’s school district had violated the state’s human rights act by barring her from using the girls’ bathroom. This landmark case paved the way for fellow transgender students and brought the issue to the attention of the public.

The role of superhero Nia Nal won’t be Nicole’s first time in front of the camera. In 2016 she was featured in HBO’s ‘The Trans List’ documentary and thereafter became the subject of a Pulitzer-Prize winning book titled “Becoming Nicole”.

The up-and-coming actress has implied that she feels a huge level of responsibility when it comes to representing the trans community. In an interview with Variety, she alluded to a deep feeling of nervousness, hoping she can, “do it right” as she becomes the first ever openly transwomen to play such a pivotal TV role.

The 20-year-old actress is optimistic that her new job will open up more opportunities for other aspiring actors and actresses in the trans community. Interestingly, this comes on the heels of Scarlett Johansson opting out of a trans role that angered some in the community. Nicole expressed her belief that transgender actors and actresses playing trans roles serves as a form a legitimacy and validation for the community.