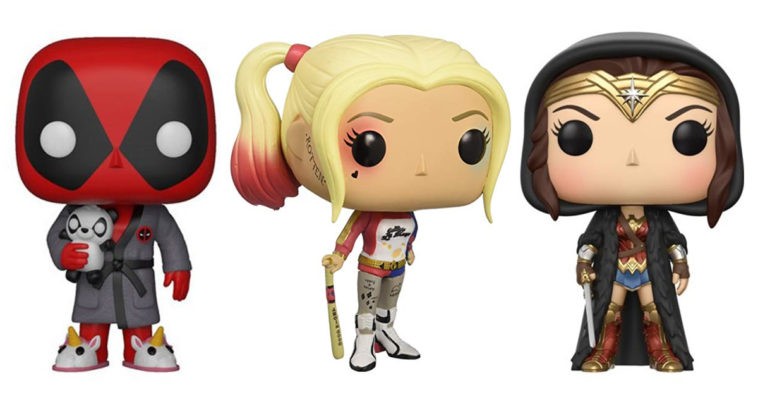 Warner Bros.’ Warner Animation Group (WAG) is hoping to recreate the box office success of The Lego Movie franchise with a new film based on the popular line of vinyl figures and bobbleheads, Funko.

On January 26th, SuperBroMovies writer Daniel Richtman revealed via Twitter that WAG is currently developing a Funko live-action/animated hybrid movie. Based on a photo of WAG’s three-year slate shared by Richtman on the social media site, the Funko film is set to begin production sometime this year.

Now that I think of it there was no announcement WB are developing a Funko movie. So this is a scoop. Yay… ? https://t.co/yLAVjN5zPt

After some Twitter user questioned the validity of Richtman’s scoops, Slash Film dug deep and was able to confirm independently that a Funko movie is indeed in the works at Warner Bros.’ animation wing.

Since the film will apparently feature both Marvel and DC characters, Richtman tweeted that the Funko movie could be the very first Marvel/DC crossover on the big screen.

Though the Funko flick is being developed by the same film studio that created The Lego Movie franchise, it’s still early to tell whether it would do well in the box office. For one, it’s still unclear who will direct and write the film. Actors who will form the cast are also unknown as of the moment.

According to ComicBook.com, other projects currently being in the works at WAG include the half live-action, half-animated Space Jam sequel, a fully animated adaptation of Dr. Seuss’ The Cat in the Hat, Looney Tunes offshoot Coyote v. Acme, The Jetsons and unknown DC and “music” projects. A fully animated Scooby-Doo project is also set for early 2020.