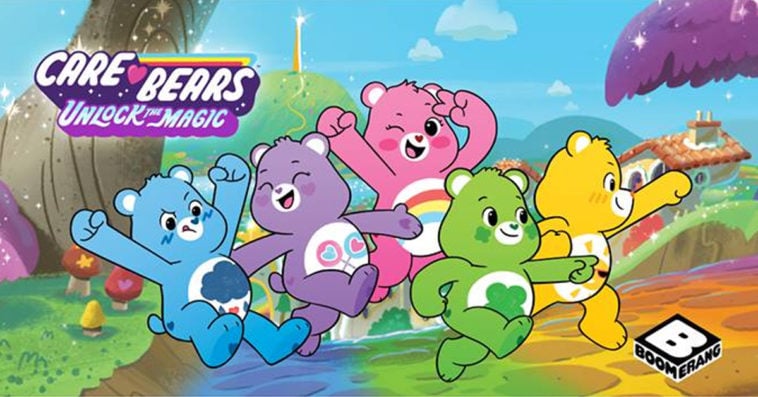 The Care Bears are coming back for a brand new mission in the upcoming Care Bears: Unlock The Magic TV series on Boomerang. Ahead of its next month’s debut, the network released the trailer for the new animated show that kids and kids at heart will surely enjoy.

The two-minute video starts with Bedtime Bear introducing his fellow Care Bears — Cheer Bear, Share Bear, Funshine Bear, Tenderheart Bear, Good Luck Bear, Grumpy Bear, and Wish Bear — to the viewers. As Bedtime Bear mentions each one of their names, the show’s villain, Bluster, tries to steal the spotlight by mocking each of the Care Bear crew. 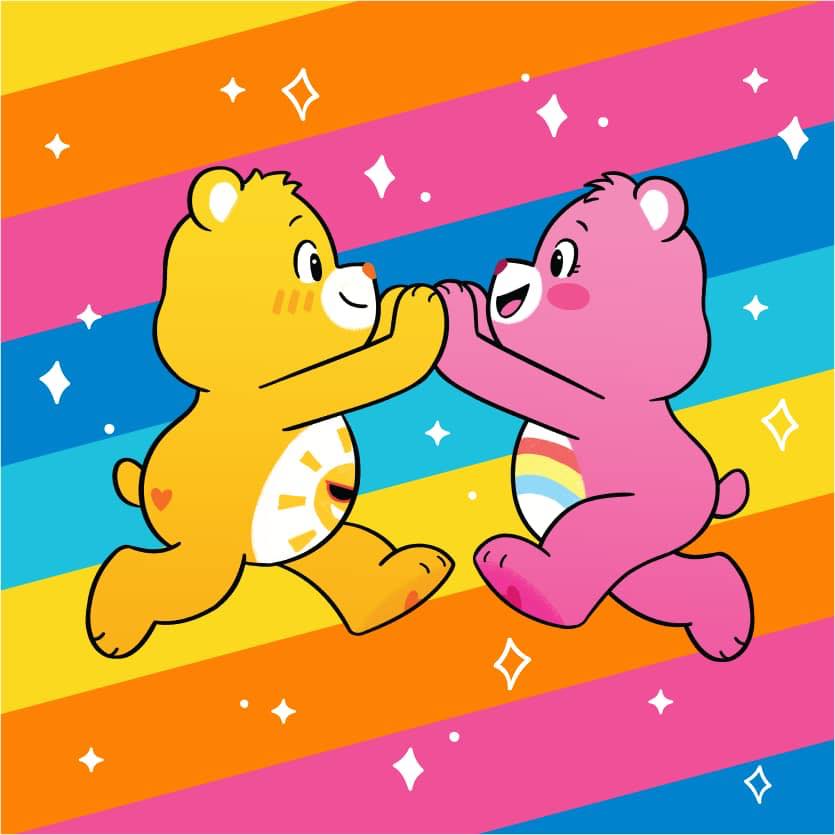 Unflustered by Bluster’s annoying antics, Bedtime Bear goes on to inform the audience why Bluster isn’t someone you can trust. “He enjoys getting in the way of our mission,” Bedtime Bear says of the leader of the Bad Crowd. “Ages ago he made a deal with the elder Care Bears. He’d stay out of the Silver Lining and the Bears would leave him alone. [But] it appears he’s broken the agreement.”

According to the synopsis for the show, the Silver Lining is a never-before-seen area surrounding Care-a-lot that the Care Bears are going to explore for the first time. In addition to stopping Bluster from wreaking havoc in Care-a-lot, our favorite furry heroes also have to protect the so-called Whiffles from Bluster so “they can do their job of growing Care-a-lot.” As explained by Bedtime Bear, Whiffles are species that “plant seeds of caring” to help Care-a-lot expand.

While the trailer shows a lot of different Whiffles, viewers will get to know Dibble more than any other Whiffles on the new series. Bedtime Bear describes Dibble as Care Bears’ newest travel companion who joins them in exploring the mysterious Silver Lining. There’s a little twist though, as Dibble only communicates through limited words, coos, and sounds.

Care Bears: Unlock The Magic will premiere on February 1st on Boomerang. The initial order for this new series includes 48 11-minute episodes, a pair of 22-minute specials, and 20 shorts that will dive into the background of the individual bears.