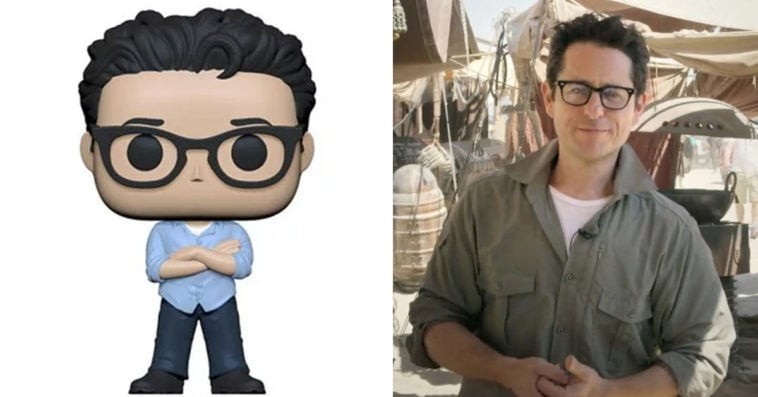 J.J. Abrams is the latest filmmaker to get his own Funko Pop! vinyl figure.

Abrams’ figurine perfectly captures the director’s fashion style, brushed-up curly hair, and signature eyeglasses. The J.J. Abrams Funko Pop! is now available for pre-order for $10.99 each on Entertainment Earth with shipping slated this May.

Best known for his work in the genres of action and science fiction, Abrams created the Fox TV series Fringe as well as ABC shows Alias and Lost, which earned him two Emmy awards. On the film side, Abrams directed Mission: Impossible III, Super 8, Star Trek, and Star Trek Into Darkness. He also helmed, produced and co-wrote Star Wars: The Force Awakens, which is currently the third-highest-grossing film of all time.

“I learned so much in that movie (Star Wars: The Force Awakens) and I saw that this was a chance to sort of realize something that we hadn’t quite achieved — and part of that was it was simply the beginning of these new characters and their story,” Abrams told Variety last November of his decision to come back for the conclusion of the trilogy. The opportunity to sort of take what we had learned, to take the feeling of who these characters are and what they are and give them a final chapter that felt in the spirit of what we begun? It was too delicious of an opportunity to pass up.”