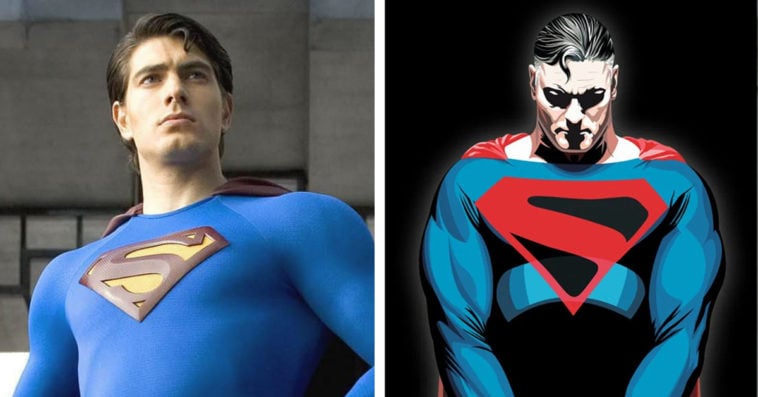 Since it was revealed at the San Diego Comic-Con last July that Brandon Routh will be playing Kingdom Come Superman in the upcoming Arrowverse crossover event, Crisis on Infinite Earths, a lot of fans have started to wonder what the actor would look like in a Man of Steel costume more than a decade after playing the Kryptonian in the 2006 movie Superman Returns.

One of those excited fans is digital artist Hazan Kazi, who made an amazing fan art featuring Routh in a Superman suit. While Routh’s costume was supposed to be that of Kingdome Come Superman, Arrowverse fans would agree that it looks very similar to Tyler Hoechlin’s Superman suit. Nevertheless, Kazi’s artwork is undeniably fantastic and has made fans even more excited for the upcoming crossover event.

The Crisis on Infinite Earths has been teased since the series premiere of The Flash, in which a newspaper headline from the year 2024 revealed that Barry Allen (Grant Gustin)  would disappear during a crisis. That fateful day, however, is now coming sooner than expected. In the Season 5 finale of The Flash, the year in the original newspaper headline was changed from 2024 to 2019.

While it’s unclear how the five-part TV event will be different from the comic series of the same name, the Season 7 finale of Arrow set up Oliver Queen’s (Stephen Amell) role in the crossover by having him join the Monitor (LaMonica Garrett) on a mission to warn other worlds of the crisis, as part of the arrangement Oliver made in order to save the lives of The Flash and Supergirl (Melissa Benoist).

It’s not totally clear how Kingdom Come Superman will factor in the crossover, but it’s likely that he’s going to appear as a Superman from a different Earth.

In addition to playing Kingdom Come Superman in the crossover, Routh will also portray his Legends of Tomorrow character Ray Palmer, aka The Atom, in the annual TV event.