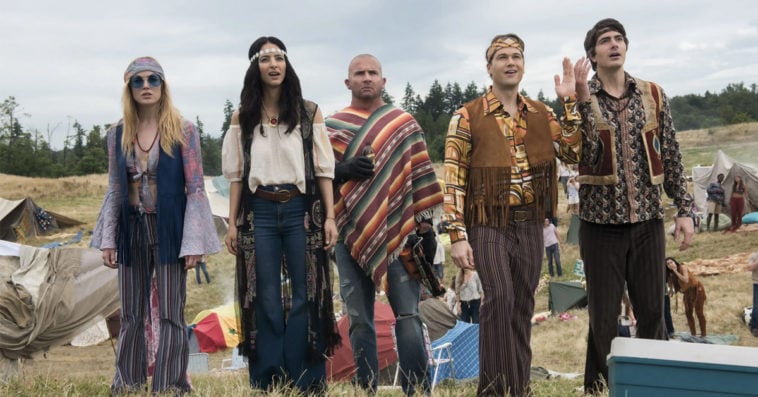 Season 5 of Legends of Tomorrow won’t arrive on The CW until January next year, so in an attempt to make fans’ waiting more bearable, the network has released seven behind-the-scenes photos via TV Insider that reveal some of the magic and tricks the cast and crew did behind the camera while filming Season 4.

#1 The Legends at Woodstock 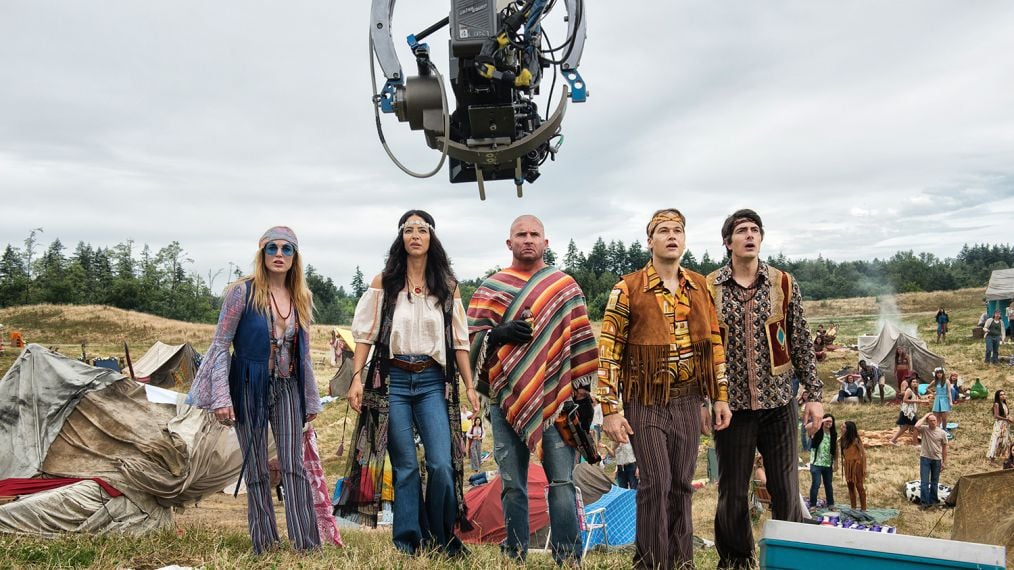 This photo was from the Season 4 premiere in which Sara Lance (Caity Lotz), Zari Tomaz (Tala Ashe), Mick Rory (Dominic Purcell), Nate Heywood (Nick Zano), and Ray Palmer (Brandon Routh) ended up at Woodstock music festival in 1969 New York where they encountered the season’s first-ever magical fugitive: a unicorn. Lotz said that the quintet’s Woodstock trip was a great way to avoid the crowded Waverider set at the time. “Instead of all of us on a mission together, [the characters spent a lot of time] spread out,” the actress told TV Insider. 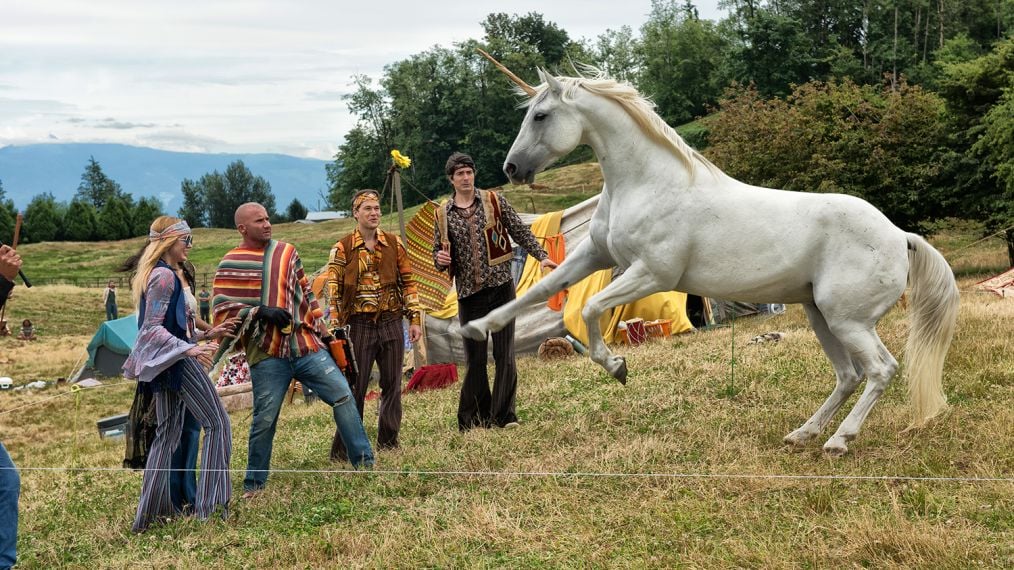 As seen in this pic, the unicorn featured in the season’s first episode was not a CGI unicorn but a horse posing as a magical creature. “That’s not a unicorn; that’s just a horse named Remington with a plastic horn stuck to his head,” executive producer Phil Klemmer told TV Insider before joking: “The actual unicorn we cast was a real jerk. He refused to come out of his trailer for the blocking of his scenes and made Remington, his stunt double, do it instead.”

#3 John Constantine with Sara and Zari 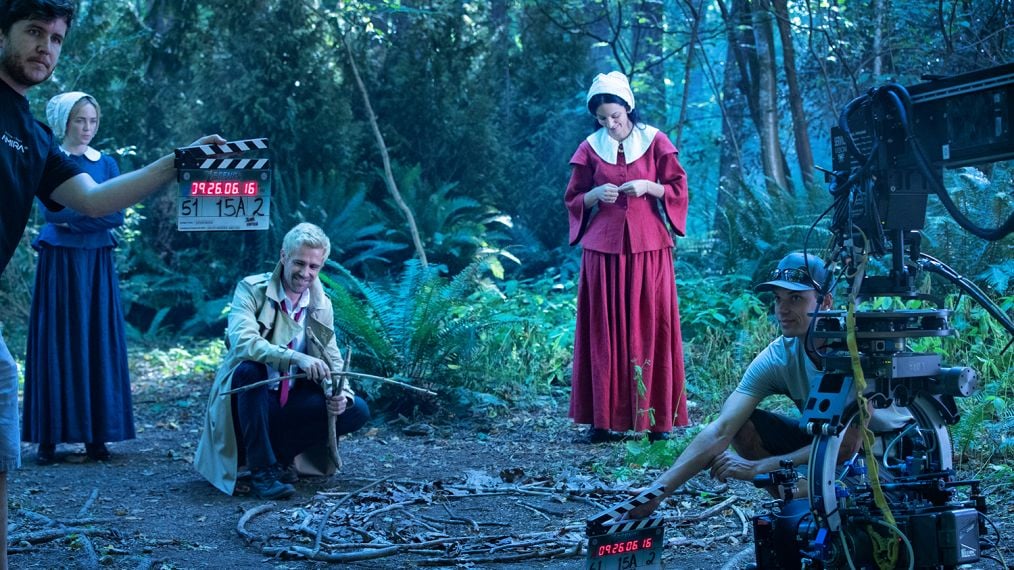 This picture was taken during the production of Season 4, episode 2, titled Witch Hunt, in which John (Matt Ryan) officially joined the Legends as a magical consultant.  Set in 1692 Salem, the episode was meant to give viewers a peek at how John started to use magic. “I’d love to do an origin story to figure out what got Constantine into the world of magic,” Klemmer told TV Insider. 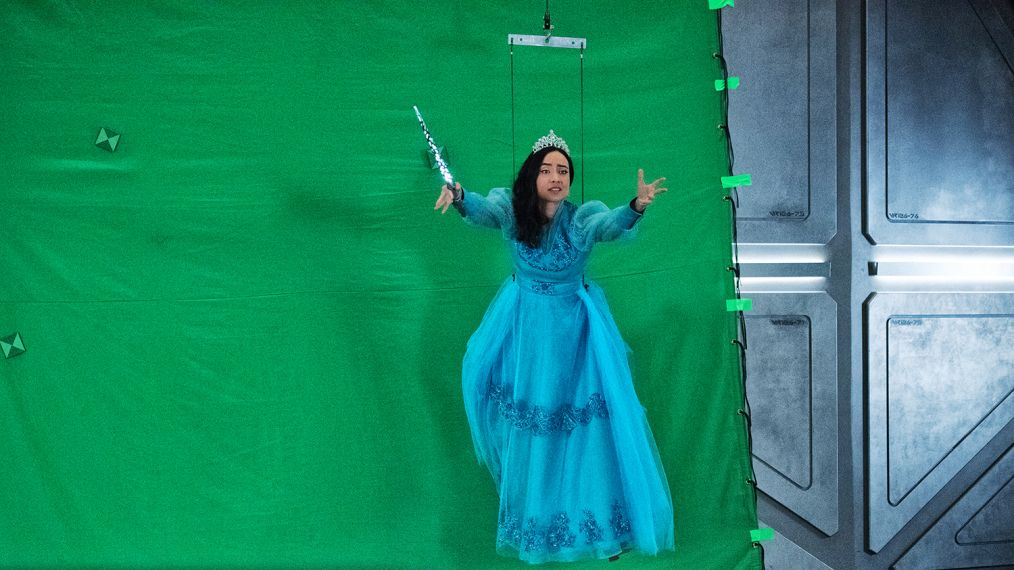 Shot while filming the last two episodes of Season 4, the picture shows Ford doing some wirework as Gary’s (Adam Tsekhman) fairy godmother. “She picks things up quickly, gives feedback, and asks all the right questions,” stunt coordinator Lloyd Adams said of Ford, who is the real-life wife of Routh.

#5 Lotz doing her own stunt 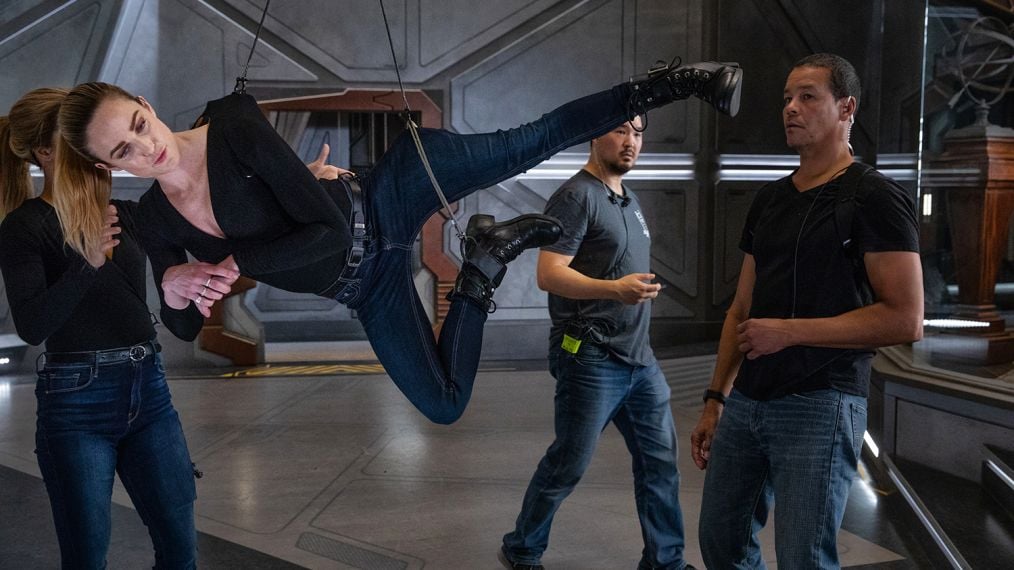 Like most of the cast, Lotz likes doing her own stunt in the show.  As seen in this photo, Lotz is all game doing some wirework despite feeling some discomfort due to the harness. “[She] makes our job easy,” Adams said of the actress. “She can walk into any situation at the last minute and quickly assess what needs to be done, whether it’s a simple lift with a kick or flipping over a bunch of bad guys.” 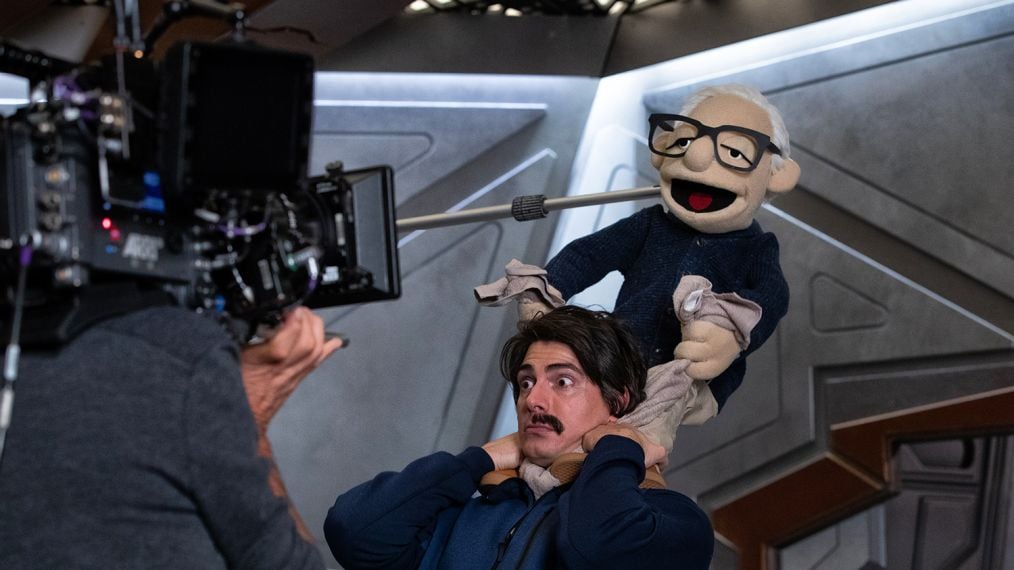 Featured in five episodes in Season 4, the mad puppet version of the late Dr. Martin Stein (Victor Garber) was a scene-stealer throughout the season. But do you know that the voice behind the wicked puppet is none other than Pee-wee Herman actor Paul Reubens?

#7 The Legends at Heyworld amusement park 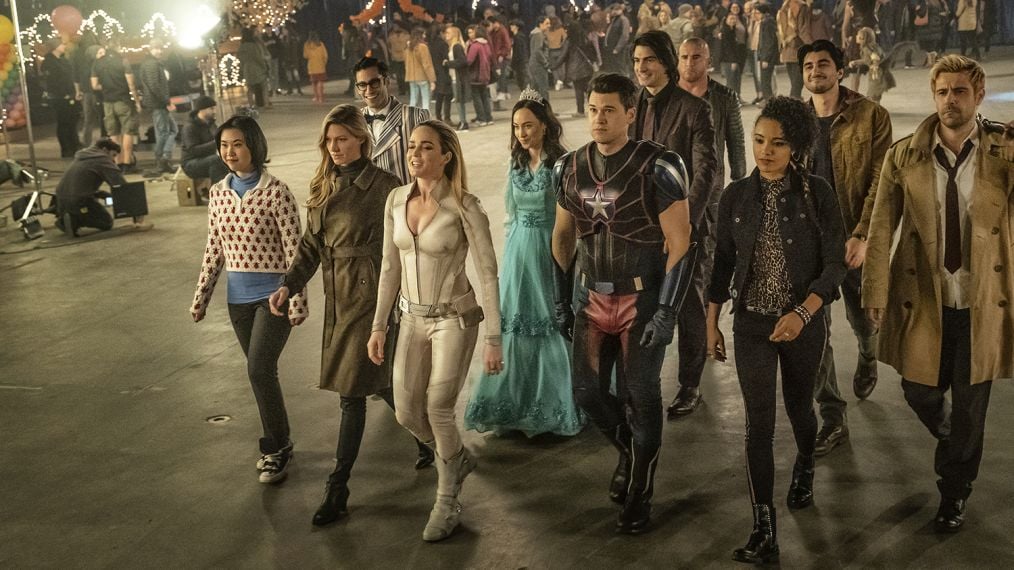 While the Season 4 finale appeared to have a huge crowd of extras, Klemmer revealed that they only used the same 150 people for the Heyworld amusement park-set episode. “We were just moving the same 150 people around, so they’re in the background of every shot,” the EP explained.