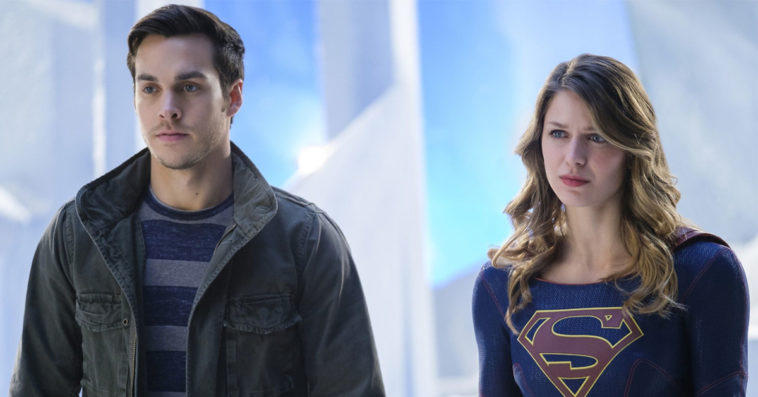 According to E! News, the Supergirl co-stars have tied the knot on Sunday at a private estate in Ojai, California, where they were joined by guests including Supergirl director Kevin Smith, Supergirl alum Odette Annable, and Wood’s The Vampire Diaries co-star Paul Wesley.

Benoist and Wood have yet to confirm their new relationship status on social media, but Smith seemingly confirmed the wedding in a tweet he shared after the special occasion was made public.

These kids. I love them both so much. Match made in Heaven but forged on Krypton (well, really on @TheCWSupergirl). If you’re in a relationship, you could do a lot worse than to model it on the romance of @MelissaBenoist and @ChristophrWood. They’re all fortress and no solitude. pic.twitter.com/HhTblHXCiq

“It was a beautiful setting for a wedding very peaceful and quiet,” an insider told E! News, noting that Benoist and Wood exchanged “I Do’s” beside a pool. “The vows were brief and lasted about 15 minutes. There was lots of cheering and applause as it ended.”

The reception was reportedly held next to a grove of trees, where long tables were set up for all the visitors. “There were lots of glowing candles and lights strung above,” added the source. “It looked like an elegant outdoor dinner party.”

“The food was served family-style and everyone passed the dishes back and forth. There was a lot of laughter and happiness,” continued the insider.

Benoist and Wood’s wedding shouldn’t come as a surprise to fans, as the couple announced their engagement on Instagram last February.

yes yes yes it will always be yes♥️

The two met on the set of The CW’s Supergirl, where Benoist plays the titular role, and Wood portrayed Mon-El in Seasons 2 and 3.

This is the first marriage for Wood and the second for Benoist, who was previously married to her Glee co-star Blake Jenner. Benoist and Jenner, who played love interests on the Fox musical dramedy, tied the knot in 2013. However, in late 2016, Benoist filed for divorce, which was finalized in 2017.

Supergirl Season 5 will premiere on Sunday, October 6th at 9 p.m. ET on The CW.