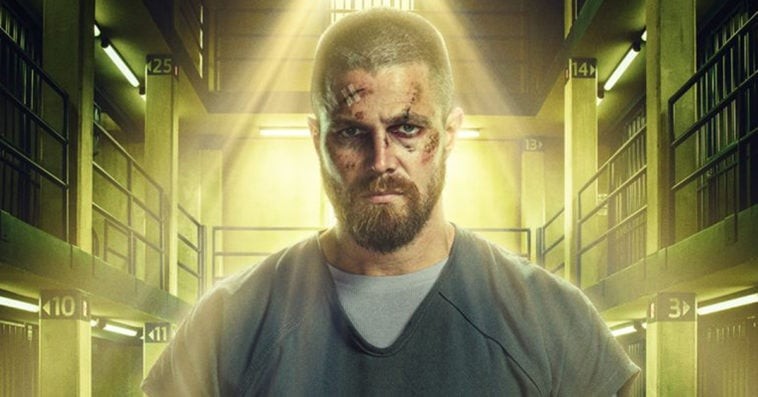 The CW’s longest-running current DC Comics series is coming to an end.

Arrow, which stars Stephen Amell in the lead role, is set to end with its previously announced eighth season. Its final chapter will consist of a reduced order of 10 episodes and will air in the fall during the 2019-2020 broadcast calendar.

“This was a difficult decision to come to, but like every hard decision we’ve made for the past seven years, it was with the best interests of Arrow in mind,” series executive producers Greg Berlanti, Marc Guggenheim, and Beth Schwartz said in a joint statement last March 6th. “We’re heartened by the fact that Arrow has birthed an entire universe of shows that will continue on for many years to come. We’re excited about crafting a conclusion that honors the show, its characters and its legacy and are grateful to all the writers, producers, actors, and — more importantly — the incredible crew that has sustained us and the show for over seven years.”

Following the bittersweet news, Amell, who plays Oliver Queen in the series, took to Twitter to thank everyone who have supported the show.

Playing Oliver Queen has been the greatest professional experience of my life… but you can’t be a vigilante forever.

Arrow will return for a final run of 10 episodes this Fall.

There’s so much to say… for now I just want to say thank you.

What an awesome ride! @arrow fans have been the best any actor could've asked for! Thank you for helping me bring John Diggle/Spartan to life!!! Love all of you! Can't wait for you to see what we have in stock for you. Let's end on a high, shall we? #ARROW pic.twitter.com/CDfjpCTNqA

It’s been an honor bringing #MiaSmoak to life & joining the #Arrowverse. Congrats @StephenAmell & the @CW_Arrow family on an incredible accomplishment & the opportunity to finish the journey the way it deserves. So keep watching-we are going to kick ass ‘til the bitter end.??? https://t.co/VZSew5jTXu

Thankful and grateful to have had the chance to bring #WildDog to life on #Arrow. Thank you to all the writers and producers and cast and crew for welcoming me with open arms. And a big hug to all the fans for the love. It’s our job to give you an amazing last 10 episodes. ❤️??

family ❤️ big time love for this whole crew. my time on arrow was always fun and supportive and also pretty sure I had to change my underwear from laughing too hard (thx a lot @ embett and echo) (joe and rick are funny too) pic.twitter.com/G8aH1NcyBc

Sad to hear the news that #Arrow will be ending after Season 8. What an incredible ride this has been. Thank you to all the fans out there who supported us along the way. ❤️❤️❤️ https://t.co/LNHa5VAkco

Launched in 2012, Arrow quickly became The CW’s most-watched original scripted series. Though it eventually lost that title to The Flash, the vigilante series remains one of the network’s highest-rated shows. And even though Arrow would soon leave the small screen, it would be really hard to forget about it as it helped spawn what has come to be known as the Arrowverse. In addition to Arrow and The Flash, Supergirl and Legends of Tomorrow are also part of that universe, as well as the potential series Batwoman.

The decision to end Arrow comes after The CW president Mark Pedowitz recently talked about the need to make way for a possible second phase of DC Comics-inspired series on the network. “Things will age and we want to get the next generation of shows to keep The CW DC universe going for as long as possible,” the executive told reporters in January at the Television Critics Association’s winter press tour.

In addition to Arrow, other series that have been renewed for The CW’s 2019-2020 lineup are The Flash, Supergirl, Legends of Tomorrow, Black Lightning, Riverdale, Supernatural, Legacies, Charmed, and Dynasty.