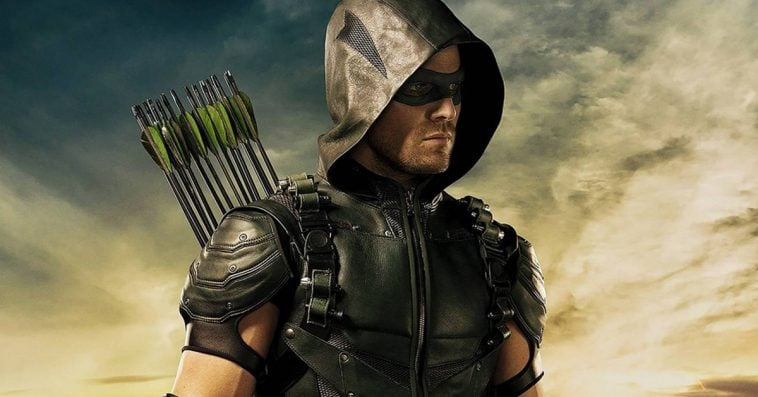 Arrow’s eight-season run is coming to an end on Tuesday night, and while a lot of fans can’t still accept the fact that the beloved series is going off the air for good, some are already finding ways to immortalize the legacy of the superhero show.

Arrow’s very last episode will feature a statue of Oliver Queen (Stephen Amell), aka Green Arrow, in the middle of Star City, and some fans in Vancouver, where the series had filmed since 2012, want that statue to go up permanently in Vancouver’s Crab Park following the series-ender.

A fan named Ryan Sullivan started a petition on Change.org asking Warner Bros. to grant their request, explaining that installing the statue in Vancouver would be a great reminder of what the series has meant to the city over the years.

“Arrow which started the entire birth of the Arrowverse concludes its 8th and final epic legendary story of the Green Arrow, and I think given the fact [that] it was all filmed in Vancouver, BC, Canada, it would do a great tribute and justice to both fans and Arrow actor Stephen Amell to have the Green Arrow statue made for the finale to be permanently placed in Vancouver’s Crab Park as seen at the end of Arrow Season 8 episode 9 and the final 10th episode,” wrote Sullivan in the petition.

It has only been two days since the petition was launched, but as of writing, over 8000 fans have already signed it.

Series executive producer Marc Guggenheim took notice of the petition, and while he appreciates the thought, he pointed out that the statue was only built for a two-day shoot, so he’s afraid that it wouldn’t be able to withstand the harsh weather of Vancouver.

I dearly love and appreciate this. But the statue was only built for two nights’ worth of shooting. It wasn’t built to withstand the harsh weather of Vancouver, I’m afraid. https://t.co/xCcH8eF5gD

To address this concern, Sullivan set up a GoFundMe fundraiser to help cover the expenses for a new and more permanent Green Arrow statue to be erected in Crab Park.

“I would like to try and raise money to get the city of Vancouver to build and forever immortalize a Iron Statue Replica of the Green Arrow from the show that started the entire birth of the Arrowverse,” Sullivan wrote on the campaign page. However, as of writing, no one has donated yet.

The series finale of Arrow airs on Tuesday, January 28th at 9 p.m. ET on The CW.