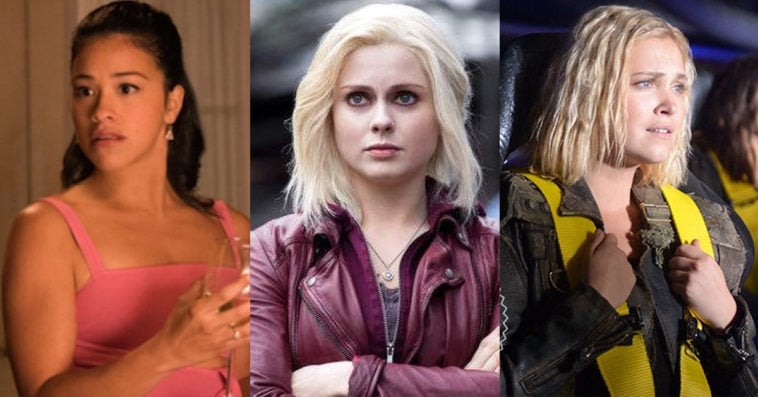 The CW has released its spring schedule, including the premiere dates for the final seasons of Jane the Virgin and iZombie.

The fifth and last season of Jane the Virgin will debut on Wednesday, March 27th at 9 p.m. ET. Though this is going to be the series’ swan song, there’s a chance that fans will still see or at least hear Jane’s voice in the future, as a telenovela-inspired anthology series that would feature a different book “written by” Jane every season — with Gina Rodriguez as narrator — is currently in development at the network.

Meanwhile, iZombie’s fifth and last season will begin on Thursday, May 2nd at 8 p.m. ET. While major details about the farewell run of the rom-com-zom-dram are being kept under wraps, showrunner Rob Thomas revealed last month that one of the season’s early episodes will find Liv (Rose McIver) eating a codependent dancer’s brain and later persuading Ravi (Rahul Kohli) to compete on a nationally televised dance show as part of an undercover mission to investigate the murder of the couple who were expected to win the competition before their untimely demise.

The network also announced that Season 6 of The 100, now set on an entirely new planet, will kick off on Tuesday, April 30th at 9 p.m. ET. Moreover, the series premiere for the network’s new comedy-drama In the Dark has also been set. Debuting on Thursday, April 4th at 9 p.m. ET, the Corinne Kingsbury-created series follows the story of Murphy (Perry Mattfeld), a hard-living, hard-drinking, disaffected twenty-something who happens to be blind and loves to solve mysteries.

On the superhero front of The CW’s slate, Legends of Tomorrow will end its extended midseason hiatus on Monday, April 1st, moving to the earlier 8 p.m. ET spot. Arrow will take a two-week break at the same time and return on Monday, April 15th in its new 9 p.m. ET timeslot.

The upcoming seasons of Jane the Virgin, iZombie, The 100 and In the Dark will also be part of The CW’s summer slate, giving the network home-grown scripted originals for most of the off-season.  Also included in the summer slate are the second seasons of acquired scripted series The Outpost and Burden of Truth, new acquired British cop drama Bulletproof, and new seasons of unscripted series Whose Line, Penn & Teller: Fool Us, and Masters of Illusion.