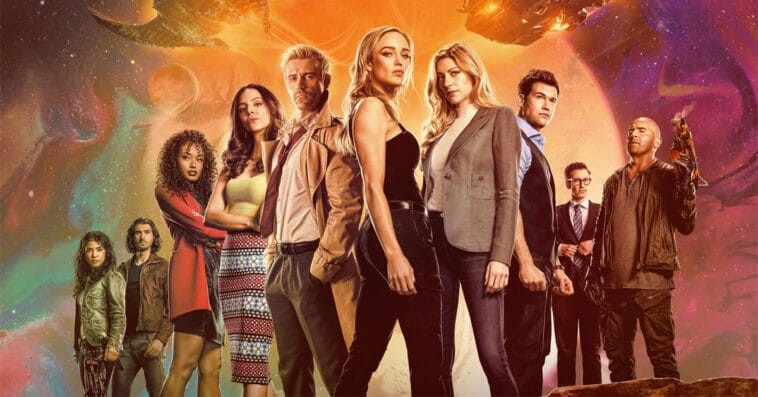 Legends of Tomorrow is not returning for an eighth season on The CW.

Co-showrunner Keto Shimizu announced on Twitter that the network has canceled the time-travel series after seven seasons.

“It’s been an incredible run. However, The CW has let us know that there will be no season 8,” Shimizu wrote in a tweet. “We are heartbroken, but also immensely grateful for the amazing work our cast, crew, and writers have contributed to the little show that could.”

In a follow-up post, Shimizu expressed her deep gratitude to everyone who supported the series since it launched in 2016. “Thank you to our fans; your love and passion for our strange band of misfits has made every break, every script, every daily, every cut, and every mix worth all the hard work,” Shimizu wrote. “We see you, we love you, and you’ll always have a place on the Waverider.”

Why did The CW cancel Legends of Tomorrow?

Shimizu didn’t mention why The CW opted not to renew Legends of Tomorrow for a season 8, but it is believed that the potential sale of the network had affected the show’s ultimate fate. As revealed in January, The CW owners, Warner Bros. Discovery and Paramount Global, are exploring a sale of the broadcaster, with local TV station giant Nexstar considered a possible buyer. Apparently, this led to the network paring back its slate of scripted series.

Have we seen the last of the Legends?

Though Legends of Tomorrow is no longer coming back to The CW, fans of the show aren’t giving up yet. Shortly after the cancellation news, a fan named Alexis Sullivan started a Change.org petition in hopes that another network or streaming service will save Legends of Tomorrow.

“Legends was the BEST show on The CW period, no other show on the network topped how freakin incredible Legends was. HBO Max, Netflix, ANYONE SAVE LEGENDS OF TOMORROW!!! IT DID NOT DESERVE TO GET CANCELLED, IT DESERVES AT LEAST A FINAL SEASON!!!” read a portion of the petition’s description. “This show was the only lifeline for a lot of fans, it was their comfort show, their escape from reality. For Legends of Tomorrow to get canceled without giving our cast a proper ending, it’s screwed up. …We want one more season at least, we want a chance to say a proper goodbye to the characters we love so greatly!”

As of writing, the petition has already earned over 11,000 signatures.

In the event Legends of Tomorrow was left unsaved, sources told Deadline that the show’s characters can easily populate other Arrowverse series, noting that fans may see one or two of the Legends in other ongoing Arrowverse programs.

How did the cast of Legends of Tomorrow react to the cancellation?

Caity Lotz, who played Sara Lance/White Canary in the series and is the only original cast member left in season 7, said in a couple of Instagram Story videos that she’s going to miss Legends of Tomorrow so much.

“I’m going to miss our amazing cast and crew. But at the same time, I recognize how lucky have been to play Sara Lance for this long,” the actress told the fans. “Working on Legends has been amazing. It’s been such a journey and I am so endlessly grateful for it, and for you guys. So, thank you. To all the Legends of Tomorrow fans out there, we love you guys so much. And it has been a blast.”