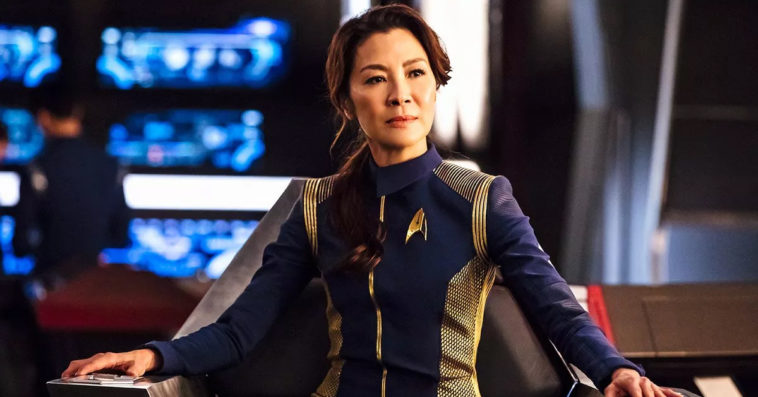 Michelle Yeoh is getting her own Star Trek spinoff series on CBS All Access.

The video-on-demand service announced on January 14th that it’s developing a brand new Star Trek series, with Yeoh set to star as Captain Philippa Georgiou. The yet-to-be-titled web series will chronicle Captain Georgiou’s journey during her time as a member of Starfleet’s Section 31 division, the semi-secret and autonomous organization that has been a part of Star Trek lore since it was first introduced in the 1990s on the Star Trek: Deep Space Nine series.

Yeoh’s spinoff series is still in the very early stages of development, but it was reported that it’s shaping up to be an ensemble show, partly because of the plans for Yeoh to be part of the future seasons of Star Trek: Discovery.

Following the series announcement, Yeoh released a statement expressing her excitement about the new project. “I’m so excited to continue telling these rich ‘Star Trek’ stories,” the Crouching Tiger, Hidden Dragon actress said. “Being a part of this Universe and this character specifically has been such a joy for me to play. I can’t wait to see where it all goes – certainly I believe it will go ‘where no WOMAN has ever gone before!’”

“Michelle has shattered ceilings, broken boundaries, and astonished us with her grace and gravitas for decades,” Star Trek executive producer and expansion overlord Alex Kurtzman said in a separate statement. “As a human, I adore her. As an actor, I revere her.”

In addition to Kurtzman, Yeoh’s spinoff series will also be executive produce by showrunners and writing partners Yeun “Boey’ Kim and Erika Lippoldt, who have both served as executive story editors and producers on Star Trek: Discovery.

“Erika and Boey are remarkable, exciting writers who bring a fresh perspective to the world of Star Trek,” Kurtzman added in his statement. “And we’re all thrilled to explore the next wild chapter in the life of Captain Philippa Georgiou.”