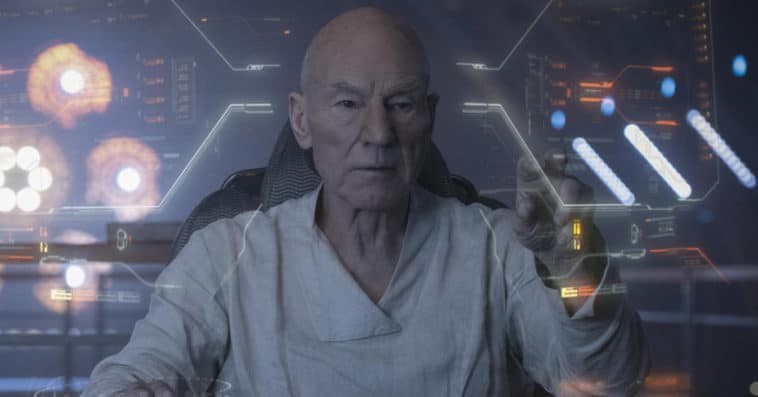 It looks like Star Trek: Picard fans will be tagging along with the La Sirena crew on their space adventures for a long time.

In a recent interview with Collider, series co-creator Akiva Goldsman admitted that he isn’t sure when the show will end, but shared that they’ve thought of making three to five seasons of the sci-fi drama or until lead star Patrick Stewart says that he has had enough of it.

“I mean, I think we have discussed it as both a three-season show, a five-season show, a ‘let’s just keep going forever’ show,” Goldsman said. “But … Star Trek: Picard in my view will go as long as Patrick Stewart wants to do it… As I’m sure you know, he was not interested in coming back. And we did a lot of… really good collaborative story breaking and talking and you know, and I think he’s particularly delighted in a good way about having come back. And we will rely on that goodwill until he feels he’s done.”

“We were not shooting. We were to start shooting in June, which I guarantee you, we will not unless the world opens tomorrow,” said Goldsman of how the global health crisis has affected the show’s production. “[But] we had [already] broken the season, we were about halfway through the writing of it. You know, we will start as soon as we can once the world opens. Prep will have to resume, and then we’ll start. We know what it is, and it’s cool. And we’re excited by it, and I feel like we learned a lot from season 1. It’s… of the things I have in my life it is the one that is most imminent when the world opens. It’s the one that feels like *that’s* the thing, at least in my life, that’s going to come back fastest.”

Plot details about season 2 are being kept under wraps, but in an interview with Gold Derby, Stewart implied that the upcoming season will see Picard deal with the consequences of placing his consciousness in a synthetic body at the end of season 1.

“Brilliantly and wonderfully they were able to perform surgery on me in such a way that I survived and came back,” Stewart said of the freshman run’s ending. “But now with an artificial life inside me – not a subservient cruel one like the Borg … we shall see. We don’t know how Picard is going to live with this new condition which has become part of his life, which is going to extend his life.”

Stewart also assured fans that the show’s sophomore run will be different from the previous season. “There are startling events predicted in season 2. I am so excited about them because it is taking season 1 on from where we were,” the actor said.  “We are not going to be covering the same ground. It is going to be extraordinary.”

Star Trek: Picard season 2 has no release date yet, but it’s expected to arrive on CBS All Access sometime in 2021.