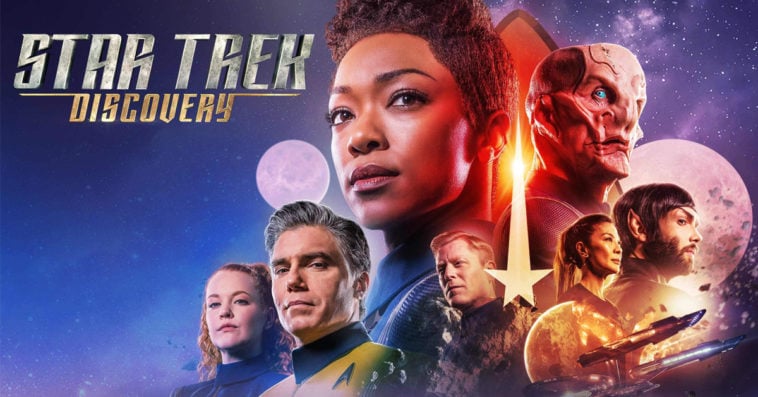 CBS has added the first season of Star Trek: Discovery to its fall schedule.

The 15-episode freshman run of the CBS All Access original series will make its network debut on Thursday, September 24th at 10 p.m. ET on CBS as a special limited promotional run ahead of the sci-fi drama’s Season 3 premiere.

Though the very first episode of the Alex Kurtzman- and Bryan Fuller-created series aired on CBS back in September 2017 as promotion ahead of its digital run on CBS All Access, this marks the first time that its entire season-one run will be available on linear TV in the U.S.

Set roughly a decade before the events of the original Star Trek series, the first season of Star Trek: Discovery follows the crew of the USS Discovery during the war between the United Federation of Planets and the Klingon Empire, which all begins when Commander Michael Burnham (Sonequa Martin-Green) commits mutiny on the titular Starfleet vessel.

CBS’ decision to add the first season of Star Trek: Discovery to its fall schedule is also part of the network’s effort to fill its broadcast gaps caused by the coronavirus pandemic. A number of CBS original scripted series have yet to start production on their new seasons, so “filler” programs like Star Trek: Discovery will temporarily occupy their time slots until new episodes are ready to air.

Other non-CBS shows that have been added to CBS’ programming lineup this fall are Pop TV’s season 4 of One Day at a Time and Spectrum’s Manhunt: Deadly Games.

READ  Timeless is still cancelled, but it's getting a finale movie to wrap up the series

Meanwhile, the 13-episode season 3 of Star Trek: Discovery is set to premiere on Thursday, October 15th on CBS All Access. Check out the synopsis for the new season below:

“After making the jump in the second season finale, season three of ‘Star Trek: Discovery’ finds the U.S.S. Discovery crew dropping out of the wormhole and into an unknown future far from the home they once knew. Now living in a time filled with uncertainty, the U.S.S. Discovery crew, along with the help of some new friends, must together fight to regain a hopeful future.”