In a newly released trailer that’s packed with flashes of noteworthy revelations, it’s the hairier characters that caught the attention of most. Not only do we get our first glimpse of a youthful-looking, bearded Spock, but we also see the Klingons have their hair back too!

When the cruder-looking Klingons were first unveiled at the dawn of season one, many hardcore Trekkies took to the web to express their disdain. Media critics suggest the new look is meant to re-entice fans that were turned off by the change.

Going further, the new trailer also hints at a potential plotline, which appears to revolve around a series of mysterious signals. According to Nerdist, “somehow, this is all tied into a vision of a ‘red angel’ that Spock and his adopted sister Michael Burnham both had as children.” 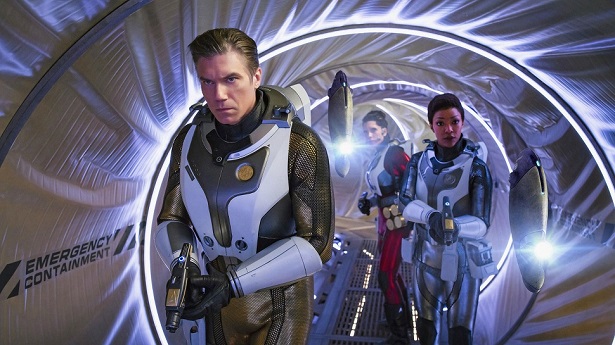 In addition to the breadcrumbs dropped in the trailer, the panelist – consisting of Sonequa Martin-Green (Michael Burnham), Spock (Ethan Peck), Anson Mount (Captain Christopher Pike), Anthony Rapp (Lt. Paul Stamets), Mary Wiseman (Tilly), Michelle Yeoh (Philippa Georgiou) and others – provided even more behind the scenes insight. For example, we learned that Dr. Hugh Culber (played by Wilson Cruz) is set to make a return. Many fans – especially those in the LGBT community – were outraged when the character (who is in an LGBT relationship with Anthony Rapp) was supposedly killed off in season one.

The other big announcement came from Sonequa Martin-Green when she revealed that her husband Kenric Green (Walking Dead) is set to appear in the upcoming season, however, further details remain unknown.

The new season will debut on CBS All Access on 17th of January.