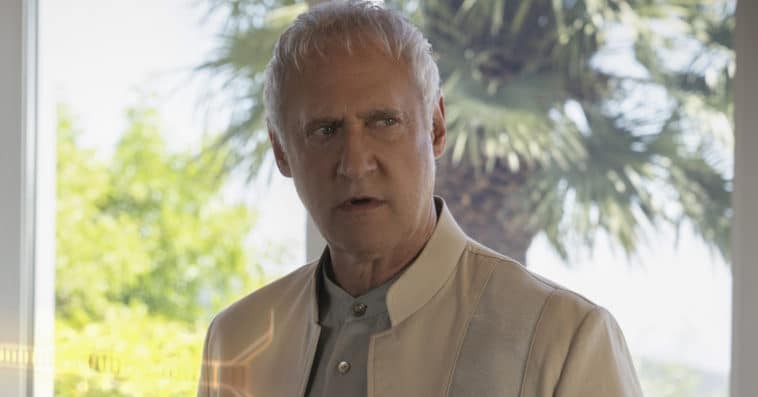 Though the season 1 finale of Star Trek: Picard served as the definitive farewell to Brent Spiner’s Data, fans may still see the actor pop up in season 2 of the CBS All Access series.

Aside from reprising his role as Data in the freshman run of Picard, Spiner also played the character of Dr. Altan Inigo Soong, the son of Data’s creator, Dr. Noonien Soong, and a descendant of Dr. Arik Soong. And in a recent interview with IndieWire, Picard co-creator Akiva Goldsman said that Spiner’s new role as Dr. Altan leaves the door open for his return to the Patrick Stewart-led series.

“I think you always want another Soong,” Goldsman said. “I think that we wanted to feather in the possibility of more Brent, and we knew we were letting Data go. We all knew that this Soong character had been in our head canon when it came to the season anyway. But we want more Brent, and we wanted to create a platform for which there could be more Brent in future seasons.”

While Goldsman didn’t directly say whether or not Spiner would come back as Dr. Altan in season 2 of Picard, the exec producer did reveal in the same interview that the Starfleet will play a bigger role in the show’s next batch of episodes.

Though viewers saw a glimpse of the Starfleet headquarters in the early episodes of season 1, the presence of the space force organization wasn’t really felt until the finale, when Captain William Riker (Jonathan Frakes) showed up with a rescue fleet to help Jean-Luc Picard (Stewart) and Soji (Isa Briones) in their standoff against a Romulan war fleet above her homeworld of Coppelius.

“We knew that bringing in that fleet was a little bit of a promise, and so we tried to be thoughtful about it,” Goldsman said. “Especially as we go forward, we’re going to start making statements about really what the world of Starfleet, at least technologically if not socially and culturally … These are the things that are likely to get a little bit more play than they did [in season 1] in what was essentially a story about somebody who is outside of Starfleet.”

Season 2 of Picard has no release date yet, but it’s expected to arrive on CBS All Access sometime in 2021.