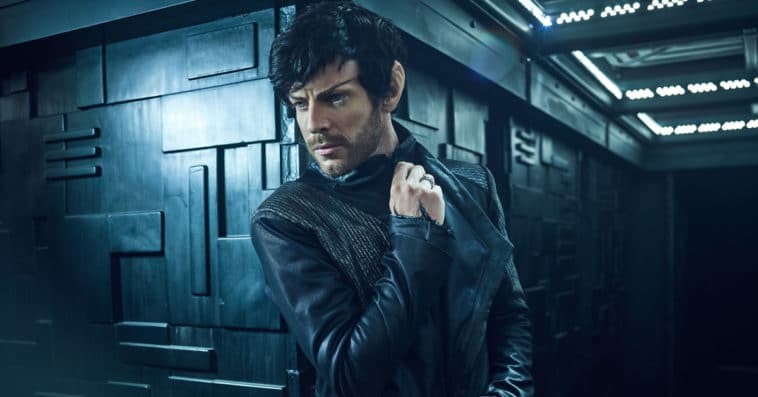 Harry Treadaway is not coming back for the second season of Star Trek: Picard.

During a recent interview with Gold Derby, series star Patrick Stewart let it slip that Treadaway won’t be reprising his role as Narek in season 2 of the CBS All Access series.

“We have a dazzling group of actors. No matter who I find myself playing a scene with, it is interesting, unusual, challenging, and always exciting,” Stewart said of the show’s cast. “And every one of us is back [for the sophomore run]. Well, I think we may have said goodbye to Harry Treadaway, which I am disappointed about because I enjoyed working with him so much.”

Treadaway portrayed a Romulan Tal Shiar agent that went by the name Narek in the first season of Picard. Though the show’s Season 1 finale didn’t reveal Narek’s fate following the intense faceoff between the Romulans and the Federation over Coppelius, showrunner Michael Chabon revealed on Instagram after the season-ender debuted that the intention was for the character to be taken into Federation custody. Sadly, with Treadaway not returning next season, it seems that Narek’s future after coming into Federation custody is now left to everyone’s imagination.

While fans have more likely seen the last of Narek, Stewart hinted that more characters from Star Trek: The Next Generation (TNG) are coming to Picard.

“In meetings when we talked about bringing in members of The Next Generation crew, that was one of the things I was most passionate about, which was not only should Picard (Stewart) have changed during the 18 years that had passed, but the same has to be applied to Counselor Troi (Marina Sirtis), to Commander Riker (Jonathan Frakes), to whoever it is,” Stewart said. “And by the way, I am very hopeful we will see more of The Next Generation crew before we say goodbye to Picard.”

TNG cast members Frakes, Sirtis, and Brent Spiner all appeared in season 1 of Picard. And while there’s no official announcement yet on who are the next TNG alums that will show up next season, LeVar Burton revealed last month that he’s actually in talks to reprise his role as Geordi La Forge in Picard.

“I think it is reasonable to think that those people are still a part of Picard’s life,” Burton told Entertainment Tonight, referring to TNG main characters. “You will see us all, probably not all at the same time but… You know, never say never.”

Work on season 2 of Picard is still underway despite the ongoing coronavirus pandemic. However, given the uncertainty brought on by the global health emergency, it’s likely that its production will face some delay. No release date has been announced yet, but it’s expected to arrive on CBS All Access sometime in 2021.