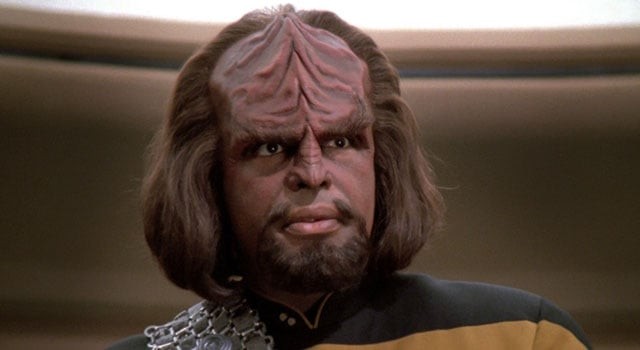 Michael Dorn is open to reprising his role as Worf in the Star Trek franchise on one condition.

In a recent interview with Inverse, Dorn said that he isn’t ruling out an appearance in the already-announced Star Trek series that will revolve around Patrick Stewart’s Captain Jean-Luc Picard. But Dorn made it clear that he won’t be joining the Picard series if his role is just going to be a cameo.

“I’m only interested in if it’s something really interesting; if the character was a major part of the franchise or whatever the show is,” the 65-year-old actor explained. “He’s not just going to show up, beat somebody up, and then go home.”

Dorn’s decision to pass on a potential guest role on the new CBS All Access show shouldn’t come as a surprise as he has been pitching his own Star Trek spinoff series about his character for several years now to no avail.

In addition, Dorn pointed out during a Destination Star Trek convention in Birmingham, UK last month that the time it takes to transform a human actor into a Klingon character would not be worth it for an appearance that just amounts to “Mr. Worf, what are you doing here.”

According to Deadline, the Picard series is not a reboot of Star Trek: The Next Generation, so it’s absolutely possible that the show won’t feature any of Picard’s crew members.

“All I have to say, all we have to say — I am speaking for all three of us now — when Patrick said ‘Jean-Luc Picard is back,’ he didn’t say TNG is back,” said Sirtis, who played Deanna Troi in the franchise.

The Picard series is the third Star Trek show to be officially announced, joining Star Trek: Discovery, which is kicking off its second season next year, and the Star Trek: Short Treks four-part limited series that has started to roll out last month.