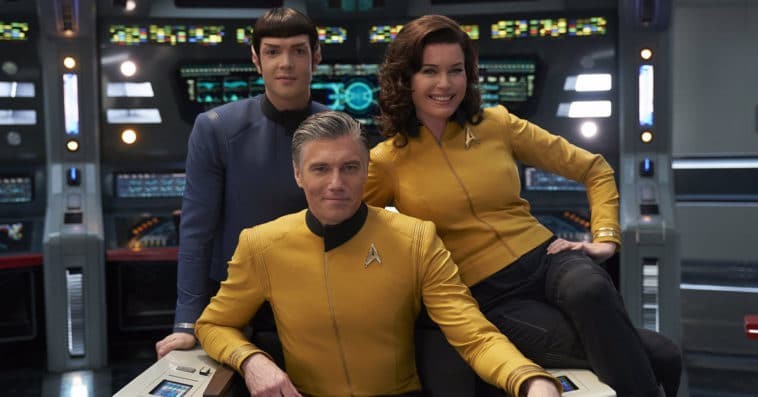 A brand-new Star Trek show is heading to CBS All Access.

The streaming service announced on Friday that it handed out a series order to Star Trek: Strange New Worlds, a new series that will be set aboard the original U.S.S. Enterprise and follow the adventures of Captain Pike, Spock, and Number One as they explore the galaxy.

Set in the decade before Captain Kirk boarded the U.S.S. Enterprise, Star Trek: Strange New Worlds will star Anson Mount as Captain Pike, Ethan Peck as Spock, and Rebecca Romijn as Number One. All three actors debuted their respective characters in season 2 of Star Trek: Discovery, which was an obvious setup for the upcoming spinoff.

In a video released by CBS All Access following the series announcement, Mount, Peck, and Romijn thank fans for making the project possible and express how excited they are to work on the series.

“This is a dream come true, literally,” Goldsman said in a statement. “I have imagined myself on the bridge of the Enterprise since the early 1970s. I’m honored to be a part of this continuing journey along with Alex, [executive producer] Henry [Alonso Myers], and the fine folks at CBS.”

Since bringing the Star Trek franchise back to TV in 2017, CBS All Access has already aired two seasons of Star Trek: Discovery and one season of Star Trek: Picard.

Star Trek: Strange New Worlds has no release date yet.